The NISSAN VQ35HR is a 3.5 L (3498 cc) V6, 4-stroke gasoline engine from the Nissan VQ family. The engine is manufactured at the Nissan Iwaki plant in Fukushima Prefecture. The VQ35HR engine was awarded the top 10 ratings in 2007. 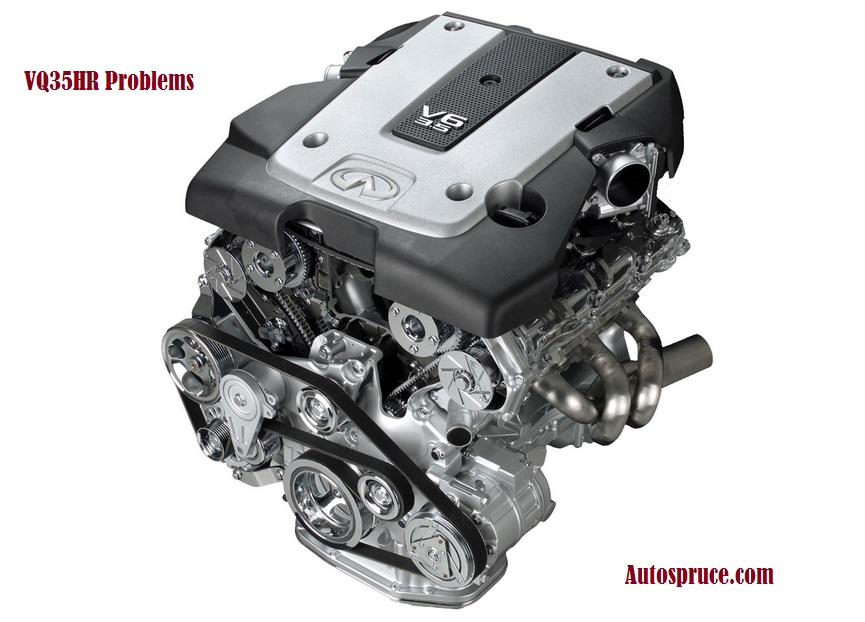 The VQ35HR engine is a redesigned version of the earlier VQ35DE engine. The VQ35HR is equipped with a lightweight aluminum block with a fully balanced four-wheel crankshaft and two aluminum heads with two camshafts (DOHC) and four valves per cylinder.

The Nissan VQ35HR engine is equipped with CVTC on the intake valves, e-VTC on the exhaust valves, and NDIS (Nissan Direct Ignition System) with separate coils on each spark plug. The red line is 7500 rpm.

The VQ35HR has an aluminum crankshaft support system with four bearings. The VQ35HR engine uses a rigid ladder frame to support the crankshaft.

To maintain higher engine revs, Nissan adopted a friction-reducing solution: connecting rods. Increasing the height of the cylinder deck allows the connecting rod to be extended by 7.6 mm. The new VQ engine uses asymmetric piston skirts to reduce friction. The connecting rod bolt diameter has been increased from 8 to 9 mm to increase strength by about 25%.

During high-speed operation, the crankshaft can twist and twist, causing noise, vibration and possibly damage to the journals. To cope with this problem, the new VQ35 engine uses a larger journal diameter and a stiffer crankshaft. The crankshaft journal diameter has been increased from 60 mm on the DE engine to 65 mm on the HR version, and the connecting rod diameter has also been increased from 52 to 54 mm, respectively.

The cylinder head is made of durable lightweight aluminum alloy, which provides good cooling performance. The engine is equipped with a hydraulic CVTC (Continuous Variable Timing Control) for the intake cams and an electromagnetic valve timing control (e-VTC) on the exhaust side.

The camshafts are driven by one primary and two secondary chains. The primary timing chain transmits rotary motion from the crankshaft to the intake camshafts, the secondary circuits connect the intake and exhaust sprockets on each head respectively.

To reduce resistance to the air intake, the new VQ engine adopts an asymmetrical dual intake configuration. To keep the engine running at high rpm and high power, the VQ35HR engine has a straight intake design.

The engine code breakdown is as follows:

Before we move on to considering the device of the Nissan engine, a few words should be said that today this internal combustion engine is mostly used in combination with a hybrid installation ( Hybrid Drive ). So, the VQ35HR engine is an improved version of the legendary power unit of the VQ35DE series, which, unlike its older brother, was created specifically for the top models of the auto concern, built on the basis of Front Midship.

The monitored engine is equipped with an almost identical aluminum cylinder block with two DOHC heads without hydraulic lifters. The gas distribution mechanism is linked by a timing chain, and the phase control system is the same as on the VQ35DE – type CVTCS.

The key difference between the considered power plant and its fellow in the line is a slightly enlarged and reinforced cylinder block (for reference : the block became 0.8 cm higher, the walls are 0.2 cm thicker, the journals with crankshaft liners were also increased in size, and the length of the connecting rods increased from 1.44 to 1.52 cm ).

In addition, the changes also affected the pistons, which, unlike the VQ35DE series, now have asymmetric skirts, and phase regulators in the VQ35HR engine are now installed both at the inlet and outlet. Thanks to all these changes, the compression ratio of the new internal combustion engine has increased from 10.3 to 10.6 points.

The intake and exhaust system has been subjected to no small changes. For example, the oil pump gear was increased, and due to the special DLC coating of the camshaft cams and pushers, the friction of these ICE components was reduced by about 35-40%. As for the cooling system, in the VQ35HR engine it was quite deeply revised and the problems associated with overheating in the 5th and 6th cylinders have sunk into the summer.

The naturally aspirated Infiniti-Nissan VQ35HR 3.5 V6 engine developed by Nissan engineers can definitely be called an ideally balanced power unit in terms of the ratio of performance to overall reliability. The engine under the serial number VQ35HR 3.5 liter, perfectly complement the already popular engine family ” VQ30 -series “, power plants that are popular and in demand all over the world. The service life of the VQ35HR engine with 6 cylinders, according to the manufacturer, the Nissan company, reaches 250,000-300,000 kilometers of run.

However, very often in reality, the resource of this Japanese with a sporty character can reach up to 380,000-400,000 kilometers to the capital. Thus, the durability of any modern gasoline-type engine directly depends on the correct operation of the car by the car owner, the quality of the refueled fuel and compliance with the periodic maintenance of the power plant in accordance with the manufacturer’s regulations ( frequency of replacement of consumable parts with technical fluids ).