The history of the 4.4L V8 engine in the Volvo lineup is not very rich. Especially before the B8444S, Swedes only had one engine of this type. The B36 engine made its debut in 1956 and for a decade has been in production with trucks in mind! 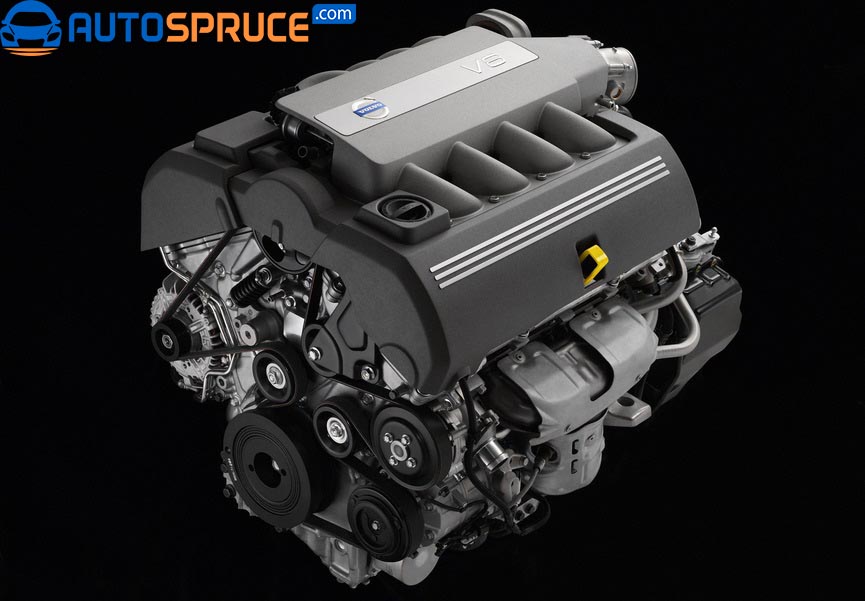 Due to a lack of experience, Volvo engineers decided to seek support while working on a new top gasoline engine – even more so to meet the needs of Europeans and Americans. This support is provided by Yamaha Motor specialists.

Production of the B8444S gasoline engine lasted from 2005 to 2011. Interestingly, the lifespan of the unit did not end with technological imperfections. The reasons are different and directly related to the change in the composition of the Swedish brand owners.

In 2010, Ford sold Volvo to Chinese company Geely. The new boss, wanting to return the company to profitability, decided to drastically integrate the machine range. From now on, the complete range of Volvo models will be 4 cylinder models.

The Volvo 4.4 V8 B8444S engine has a displacement of 4,414 cm3. Yes, it offers 8 cylinders arranged in a V arrangement, but this arrangement is uncommon for two reasons.

In addition, the alternator is attached directly to the block and the intake and exhaust camshafts are connected by an additional small chain. Where did such a solution come from? The purpose of construction work is quite simple. The idea is to make a compact engine that can be mounted crosswise.

The result turned out to be one of the 5th to eighth smallest notes of the 21st century. The engine is more than 75 cm long and 63.5 cm wide. Small size goes hand in hand with low weight. The Volvo 4.4 V8 B8444S engine, which lacks operating fluids, weighs about 190 kilograms – about double the 3-cylinder Ford 1.0 EcoBoost petrol engine.

And that compactness isn’t the Swedish gasoline engine’s only achievement. It is also the first V-eight to meet the ULEV II standard. The fact that the car has four catalytic converters plays a big role in this. The Swedish V8’s design involved the installation of four valve timing variants and the use of an aluminum block and cylinder head.

The main part of the V-eight gasoline is made in Japan. Annex added by Volvo in Sweden. This unit is made for models built on the P2 platform. Which means it was initially exclusive to the XC90 range. Over time, pallets were lost and the Volvo 4.4 B8444S engine also appeared on the second-generation S80.

The top petrol engine is perfect for the top model. Because despite having a naturally aspirated design, it offers as much as 315 horsepower, 440 Nm of torque, and a rasping eight-cylinder array. The drive is channeled to the four wheels using a Haldex clutch.

Maybe the 4.4 V8 B8444S engine wasn’t in production for too long. However, Sweden continues to refine the unit. Effect? In the end, they succeeded in eliminating for example problems with the lubrication system (which is why it is worth choosing a younger one!).

As part of that, the bearing of the equalizer shaft has corroded. This, in turn, led to stretching the time chain and the need to improve on the V-eight.

Recommendation? In the unit from the start of production it is important to maintain regular oil changes and use only the highest quality lubricants.

Apart from the low durability of automatic transmission, the Volvo 4.4 V8 B8444S engine has other weaknesses. This one’s about fuel! With the XC90, the city’s fuel needs can reach 22 liters.

Alternative? This is what is given by gas. If the machine is fully functional and the owner chooses a reputable and well-installed repair shop, the LPG system shouldn’t cause any major problems. How much does the gas installation cost? On average, from $ 1,360 to $ 2,200.

The Volvo 4.4 V8 B8444S’s engine was far from perfect – especially in the first two years of production. However, the design has been refined and has two strong advantages. Enough power and beautiful sound. It’s no surprise that he has quickly become one of the dreams of fans of the Swedish brand.

It’s a shame that after the engineers tackled the lubrication problem, the new Volvo owner turned on the calculator and concluded that production of the V-8 should stop. As such, the B8444S engine has no successors and will never have.