The 22R engine was the successor to the 2.2-liter 20R. The 20R, 22R and 22RE have been hugely popular with Toyota owners in North America for their workhorse reliability and reasonable power packaged in narrow four-cylinder blocks. In 1985, the 20R and 22R were powered by Celicas, which was one of Toyota’s top sellers in the late 1970s and mid-1980s. 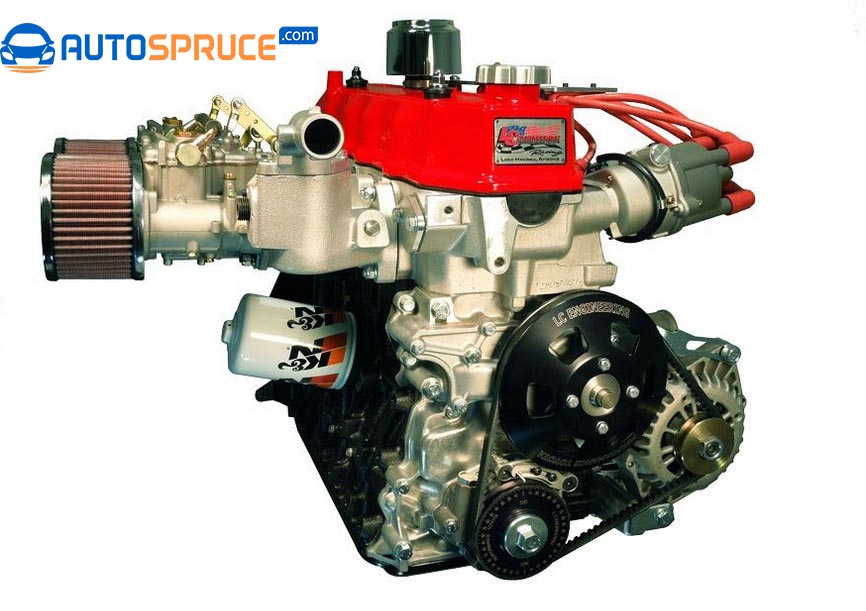 The engines had hemispherical, vortex combustion chambers, not much different from the design of the Chrysler Hemi engine. They had efficient cross-flow heads and long 3.5-inch strokes, delivering high torque up to 187 ft-lbs. The 22R engine had round exhaust vents while the 22RE had keyhole shaped exhaust vents.

22RTE, which powered some pickups and 4Runners derived from 22RE but with a different head and block, pistons and combustion chambers have different shapes. 22RTE also featured various oil passes.

Toyota Motor Corp produced the 2.4-liter 22-cylinder 22R engine from 1981 to 1995 and introduced its fuel-injected version of the 22RE in 1982.The turbocharged 22RTE engine had a short production run from 1985 to 1988. The engine underwent significant changes in 1985 to address timing chain problems. As a result, many 22RE parts are incompatible with pre-1985 22R and 22RE engines.

Toyota had different power ratings. The turbocharged 22RTE produced 101 horsepower and 234 lb-ft of torque. Both the 22R engine and 22RE had 9: 1 compression ratios. Carburetors were changed during production. The 22R originally featured a standard 326 cfm single-barrel carburetor. However, owners can also equip their 22R with a 325 cfm single-barrel Weber.

22RE And 22REC Engine Differences

Toyota’s 2.4-liter 22R series engine debuted in 1981, and the fuel-injected 22RE arrived in 1982. 22RE is a fuel-injected version of the 22R engine. The engines remained in production until 1995. The turbo version received the designation 22RET or 22RTE. but only saw production from 1985 to 1988. The 22REC, designated the engine, met all California emissions requirements.

Toyota refined its 2.2-liter 20R engine and the later 22R engine, which was produced from 1975 to 1995, with fuel-injected electronic versions. They were Toyota’s workhorses. The 22RE and 22REC engines from 1985 and later had a taller block and shorter heads.

Unlike the 22REC, the 22RE has a relatively simple vacuum and valve system. At the back of the engine was an Exhaust Gas Recirculation, or EGR, and an EGR modulator. A vacuum hose connected the EGR to the bimetallic vacuum changeover valve at the front of the engine. The 22RE also features a dashboard, emission control device that helps burn fuel when the throttle is closed and connected to a vacuum transfer valve.

If the 22REC ejection equipment were removed, it would be identical to the 22RE. However, sitting side by side with all of its emissive details, the 22REC was easily distinguished from the 22RE. The 22REC shipped with the same hardware as the 22RE plus many other vacuum components.

The Toyota 22R engine 2.4-liter carbureted engine was produced in Japan from 1981 to 1997 and was installed on such popular models of the company as the 4Runner, Hilux and Land Cruiser J70. This engine was seriously updated in 1990 and its power increased by more than 10 hp. The 2.4-liter Toyota 22RE injection engine was produced by the concern from 1982 to 1997 and was installed on SUVs and pickups such as 4Runner and Hilux, as well as passenger cars such as Corona.

This engine was seriously updated in 1985; many parts of the two revisions of the unit are incompatible. The Toyota 22R-TE 2.4-liter turbo engine was produced at the factory in Japan from 1985 to 1988 and was installed on only two models: the Hilux pickup in the N50 body and the 4Runner SUV in the N60 body. This is a very rare power unit and is practically not found in our secondary market.