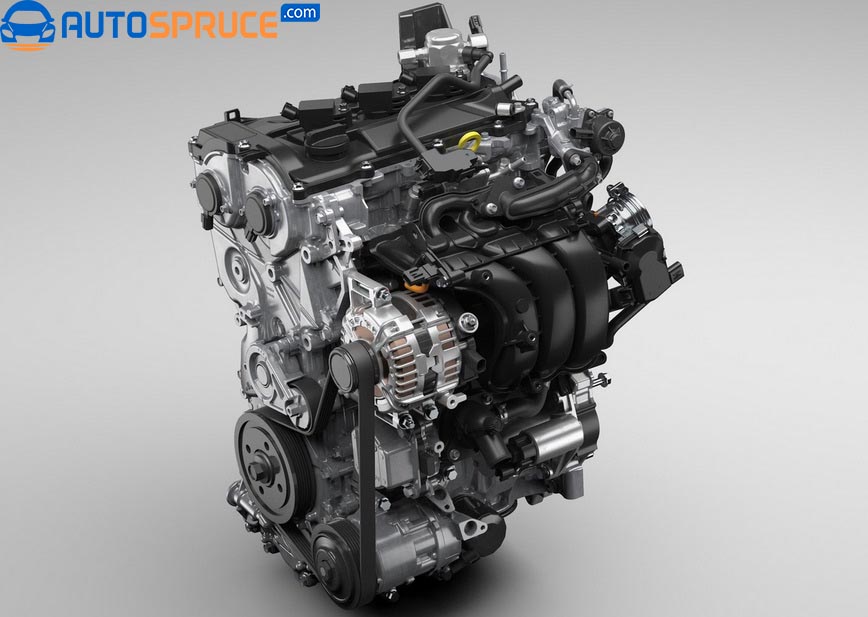 In the late nineties, Toyota was getting ready for a very important premiere. The Japanese will present a B segment car. The hatchback body should bring a revolution. In order not to stop the successful sales of the vehicle, the engineers cannot bear technical losses in the case of driving.

Therefore, they decided to consult with the creators of Daihatsu and together they created a small petrol engine. Toyota’s 1.0 VVT-i engine dubbed the 1SZ-FE receives a cast iron block, 4 cylinders, 16 valves and 68 horsepower. And a little technical information doesn’t stop there.

Oil pot 1.0 VVT-i holds 3.2 liters of oil. In addition, timing drive is carried out by a maintenance free chain, the variable valve timing system is standard, and valve lash adjustment is performed manually. The high working culture of the engine is undoubtedly good news for drivers.

However, the performance is even better. 68 horsepower available is quite high – at 6,000 rpm. The same is true for torque – 90 Nm is achieved at 4,100 rpm. However, this did not prevent the Yaris, which weighs less than a tonne from reaching the top 100 in 13.6 seconds.

The fuel requirements are even more reasonable. Toyota’s 1SZ-FE 1.0 VVT-i 4-cylinder engine consumes 6.9 liters of gasoline in the city. Outside the city, a quiet driver can reduce fuel requirements by up to 5 liters! Is it worth installing LPG in this engine? Experts don’t recommend it. According to them, the engine may not be able to hold the gas supply. In practice, this can be different. There are many cars in world that work quite well on low budget fuel.

In terms of failure rate, Toyota’s 1.0 VVT-i engine with the designation 1SZ-FE has basically no list of failure characteristics. It works without problems and remotely. Today, there are many examples that have covered nearly 400,000 kilometers so far. What mistakes did the driver complain about? The most common information is that lambda probes require lambda probes after a decade of operation. Other elements are perfect.

2005 saw a notable change to the Toyota lineup. The manufacturer presents the second generation Yaris and a small B segment hatchback – the Aygo model. On this occasion, the 1.0 liter VVT-i 1SZ-FE engine was replaced with a more modern design.

During work, Japanese engineers removed one cylinder and made aluminum blocks and heads. They also use 12 valves and basically keep the 1KR-FE engine weight at the same level. Gasoline weighs 69 kilograms – only one kilogram heavier than its predecessor. What hasn’t changed? First of all, multi-point fuel injection, maintenance-free time chain and the fact that the engine is not recommended for LPG.

Small 1KR-FE 1.0 VVT-i petrol in 3 cylinder version produced in Japan. Engines are used primarily to power Toyota cars. I am talking specifically about the second and third generation Yaris.

How does this translate to acceleration? The second generation Yaris reached the first hundred in 15.7 seconds. The Aygo has a sprint time of up to 100 km / h which is set at 14.2 seconds. While driving, the biggest disadvantage of a small engine gasoline engine from Japan becomes clear – it becomes very noisy at high revs.

In addition, the 1KR-FE engine is used by the so-called Triplet Choline – the Toyota Aygo, Citroen C1 and Peugeot 107 and the Chinese Daihatsu, Subaru or even BYD models. In 2010, the 1KR-FE engine won an important award. He was awarded the title International Engine of the Year.

Toyota’s 1KR-FE 1.0 VVT-i engine was praised for its economy. The first generation Aygo consumed only 5.5 liters of gasoline in the city. And low appetite translates into another priority of the 21st century, which is ecology!

At the time of its market debut, the gasoline engine from Japan met the Euro 4 emission standard. Soon after that it was engineered to the Euro 5 standard, to meet the Euro 6 standard in 2014, grams of CO2 after each kilometer. This is a good result compared to the structure proposed by the competition.

The 1.0 VVT-i 1KR-FE engine didn’t have a reputation for being an overly malfunctioning engine. However, although in the case of the predecessor it is difficult to pinpoint even one problem due to technical error, not age, here the list consists of two items.

Fortunately, these two characteristic problems do not mean that the engine should be eliminated. This 1KR-FE is one of the less problematic engines currently available in segments A and B.

The Japanese in the 21st century do not always ensure the reliability of their technology, and to find out, it is enough to remember the error in the cylinder liner of the 2.2 D-4D diesel.

Fortunately, the 1KR-FE and 1SZ-FE 1.0 VVT-i petrol exhibits the old Japanese school rules. As a result, regardless of whether the driver chooses the 4 or 3 cylinder version, there are a few things he should not worry about. This engine will be economical and very durable.