The 1NZ-FE engine is a transverse powertrain designed for front-wheel drive passenger cars. It is an in-line, 4-cylinder, sequential fuel injection engine equipped with a twin-shaft overhead gas distribution (DOHC). 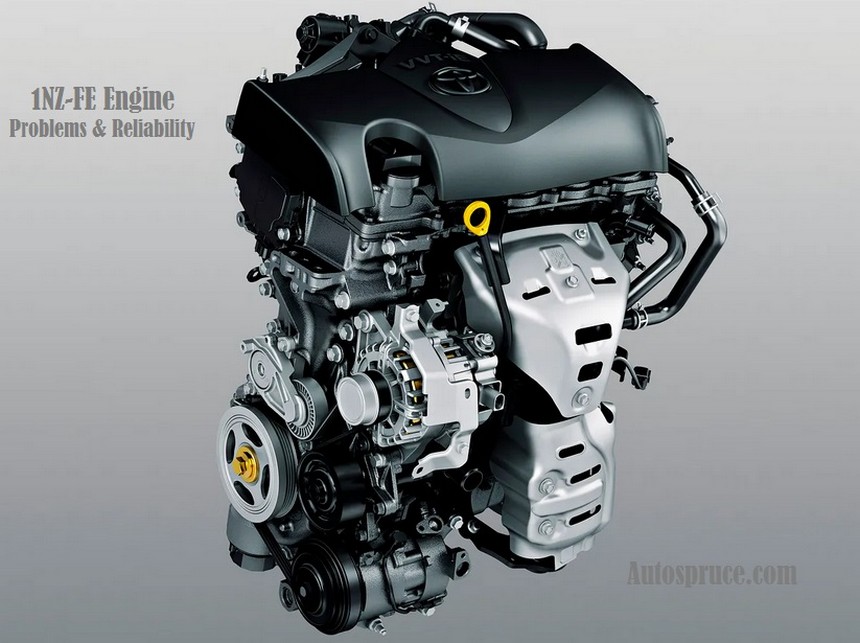 The mechanism is driven by a narrow single-row roller chain with an 8 mm pitch between the links. The “proprietary” variable valve timing system of the second generation VVT-i (Variable Valve Timing), developed by Toyota engineers, is installed on the intake shaft.

Malfunctions characteristic of the 1NZ FE engine begin to appear after a significant mileage. Moreover, they are all caused by the fact that the developers of this power unit used almost all known methods to reduce its durability. This was caused by the need to solve a more complex problems – to create the shortest possible (along the length of the crankshaft) motor.

More 1NZ-FE common problems than others:

The NZ series powertrains, designed for Toyota small cars, first appeared in the automotive market in 1997. The base engine of the family is the 109 hp 1NZ FE engine. from. (cylinder volume 1.5 l).

Among automotive power units, 1NZ are rightfully considered to be long-livers, since until now they are serially manufactured and installed on modern models of cars from various manufacturers.