The 1.8 Hybrid engine belongs to one of Toyota’s three hybrid units. It is called HSD, or Hybrid Synergy Drive. The Japanese have refined this technology for many years and have become a leading manufacturer of this type of drive. They created a very economical and failure-free drive unit. 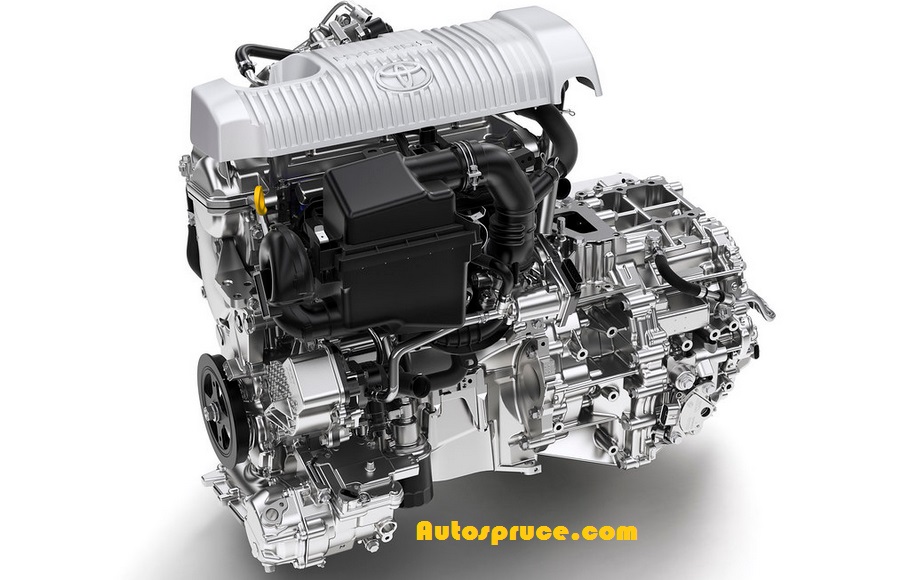 Hybrid cars are becoming more and more popular and widespread. Currently, a large group of manufacturers have them in their offer, and if not, it announces the introduction of this type of drive in the near future. Toyota is of course the forerunner of hybrids. The 1.8 Hybrid engine is very popular engine.

Toyota uses the hybrid unit with the 1.8 engine in the Prius, Auris and CH-R models. It can also be found in the Lexus CT 200h. The hybrid unit, which includes the 1.8 engine, was available in two power variants: 136 HP and 122 HP. The weaker version is the newer version.

In 2011, the German ADAC recognized the hybrid Toyota Auris as the car of the future. This model was appreciated mainly for its advanced technology, low maintenance costs, failure-free operation and low emission of harmful substances while maintaining a reasonable price.

Both versions of the 1.8 Hybrid engine have a block and cylinder heads made of aluminum alloy. It is equipped with two camshafts and sixteen valves. As with conventional units, Toyota uses the VVT-i variable valve timing here. The 1.8 Hybrid engine is also equipped with EGR. The cylinder bore is 80.5 mm and the piston stroke is 88.3 mm. The compression ratio is 13.0: 1. This engine uses Indirect Fuel Injection (MPI).

The combustion unit in the hybrid unit starts and goes out every now and then. This happens especially often in the city, and hybrid cars are mainly used there. So the 1.8 Hybrid engine is not easy.

To improve oil lubrication and reduce engine wear during cold start-ups (thus approx. 70% of engine wear), the connecting rods have micro-grooves. As a result, more oil is always left on the connecting rod bearing. For this unit, we must use the appropriate engine oil , which will ensure the best pumpability and lubrication with such frequent use. Toyota recommends 0w20 oil for the 1.8 hybrid engine.

The 1.8 Hybrid engine operates on the Atkinson cycle, which enables significantly better thermal efficiency and thus greater efficiency. The 136 HP version has an efficiency of 38.5%. In the newer version of the 122 HP unit, the efficiency was further increased to 40%. This gives measurable benefits in the form of low fuel consumption. In addition, such an engine is very durable.

Unfortunately, there is no rose without thorns. High efficiency is achieved in a narrow speed range. That is why hybrids use an electric motor as a booster to compensate for power shortages when starting and accelerating.

In the case of the 1.8 Hybrid engine, two electric motors were used. One acts as a starter when starting the combustion engine, the other acts as a generator during acceleration. The second serves as the main high-torque electric motor.

In addition to the 1.8 combustion engine, the versions of which I have described above, the hybrid unit consists of an electric motor, a battery and an inverter. The drive to the wheels is transmitted via a planetary gearbox known in Toyota as the E-CVT.

The inverter regulates the flow of current to and from the batteries and adapts the voltage supplied to the electric motor to increase efficiency. It also controls the power supply to the air conditioning compressor so that it runs even when the combustion engine is turned off. It should be remembered that the inverter has its own liquid cooling system, which we replace every 40,000 km.

The planetary gear is responsible for the power distribution. It controls the operation of the internal combustion engine and electric motors in such a way as to ensure optimal fuel consumption.

Battery life is of greatest concern. It was mainly them that constituted the resistance to the purchase of hybrids several years ago. We now know that in Toyota and Lexus they are extremely durable and there is no reason to fear them. Problems with properly operated batteries appear at mileage of 300,000 km. The manufacturer has provided a full battery life of 10 years.

Of course, replacing the complete set of batteries is costly. On several websites, prices range around $ 1800. However, no one mentions the whole thing. Most often, only some links are damaged. But there are already companies in US that specialize in repairing batteries. The cost of repairing is about $ 520. In addition, the hybrid system in Toyota is so well thought-out and well-designed that it will not allow all cells in the batteries to break down.

Please note that the hybrid must be used regularly. It must not be left for a long period of time, as it will be completely discharged and we will not start the engine.

The gearbox may be of other concern. However, unfounded, as there are no problems with it. It is a failure-free design. It only requires periodic oil changes like any gearbox.

An interesting fact is the use of an electrically controlled coolant pump in the 1.8 hybrid engine. This allowed for the elimination of V-belts. This translates into a reduction in fuel consumption.

Both the engine and the entire electrical installation turn out to be extremely indestructible. Various types of organizations from around the world confirm that Toyota Prius is considered one of the least emergency cars. Toyota hybrids are often operated as taxis. Under such conditions, they achieve mileage of half a million kilometers.

All consumables in the car, such as brake pads, discs, spark plugs, suspension parts and others, cost the same as for the petrol version. They are often the same. Thanks to the ability to recover energy during braking, the pads and discs will last much longer than in a conventional engine, which undoubtedly saves money.

Timing is realized by a chain, so we forget to replace it another plus. Only the water pump is much more expensive than that in the Toyota 1.6 Valvematic petrol engine. We will pay over $ 258 for the hybrid version. With high mileage, it sometimes breaks down and needs to be replaced. The EGR, which the 1.8 Hybrid engine is equipped with, may also fail. Thanks to MPI fuel injection, the engine can work with the LPG system, which in turn allows you to further reduce operating costs.

In the case of Toyota Auris, fuel consumption will be 5 liters per 100 kilometers. We will get a similar result in the Toyota Prius. However, in this case it seems that it will be easier to go below 5 liters per hundred, as everything is subordinated to the economy of driving. The 1.8 Hybrid engine is also found on the Toyota CH-R. Due to the fact that we are dealing with a Crossover, the air resistance will do its job. The CH-R consumes on average around 5.6 liters per 100 kilometers. The above data are real data obtained by users of these cars.

Is it worth it?

It is a very successful and failure-free drive. The operating costs are extremely low. Fuel consumption, especially in the city, can be really low (even about 4 l / 100km). Answering the question is it worth it? Definitely yes.