Tesla Motors was founded in 2003. The company is named after Nicola Tesla, the inventor of the alternating current generator, the alternating current electric motor and other important components of today’s electricity grid. Tesla not only makes cars, but also energy storage systems, powertrains, batteries and charging systems.

Tesla’s first car model was the 2008 Roadster, the first fully electric sports car. The car was based on the Lotus Elise, but of course with an electric powertrain. The luxurious Model S appeared in 2012 and was the world’s best-selling electric car in 2015. In 2016, Model S was the second after the Nissan Leaf.

In March 2016, Tesla unveiled the Model 3, which is more compact and much more competitively priced. Despite the fact that it will only be delivered from the end of 2017, the brand immediately received a huge number of orders. The European head office has been located in Amsterdam since 2013 and assembly takes place in Tilburg. 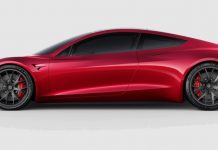 Why the Tesla Roadster isn’t Launched Before 2023?

Tesla Jasmine Lee
0
Elon Musk assured on Twitter that we won't see a new Tesla Roadster on the road before 2023. Maybe much longer. How long will... 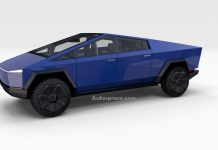