Dacia has never been synonymous with sophistication. The K7M’s 1.6 8v engine, however, makes it associated with durability and low operating costs. The 1.6 8v K7M engine became part of, for example, the Dacia Sandero only in 2007. However, this doesn’t change the fact that it still remembers the mid-nineties. 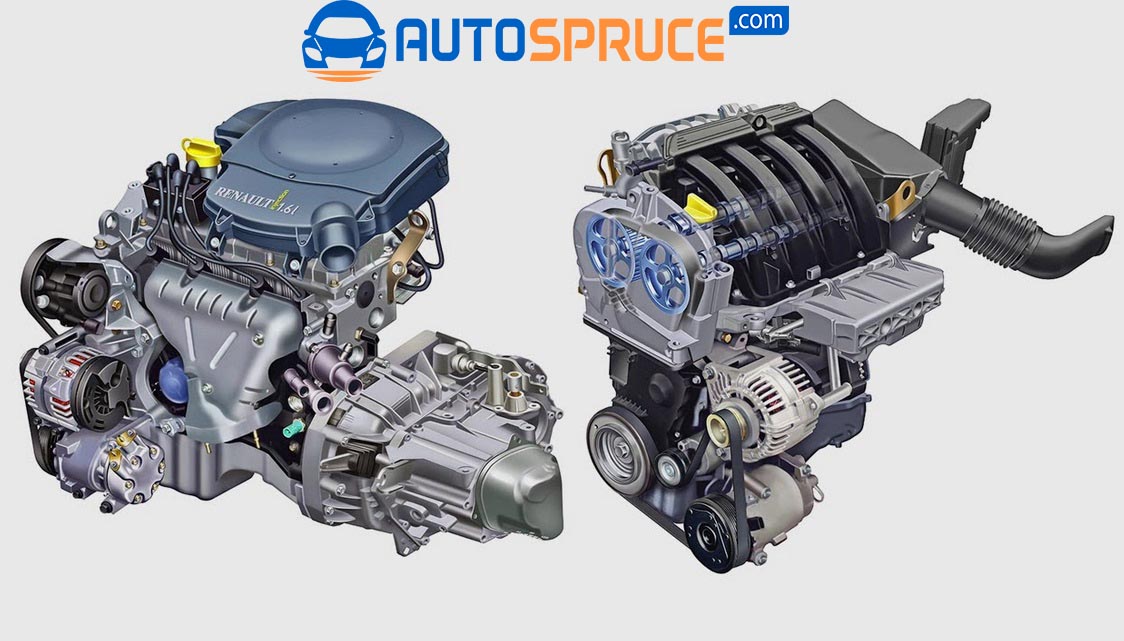 The K7M’s 8 valve petrol engine is also installed in various legends from the Renault lineup such as the first generation Megane, Scenic or the second generation Clio. Outdated structure is not an obstacle? In the Dacia range, this is one of the greatest assets. First, it does not increase the production price of vehicles, and second, it makes car servicing less problematic.

The K7M Dacia and Renault engines have capacities of 1,598cc, 4 cylinders and 8 valves. Although the blocks are cast iron, the material for the head is aluminum. Simplicity aside, a big advantage of the 1.6 8v K7M Dacia engine is its ease of service.

The basis for the successful operation of a gasoline engine is regular engine oil changes. This should be repeated every 15,000 kilometers, or once a year. Every 40,000 km, the car owner must check valve clearance and replace the timing belt every 120,000 km. Basic Dacia 1.6 8v engine service is inexpensive. For example, a new set of timing belts can cost less than $ 28.

How much power is the K7M engine? There is a version that only offers 75 horsepower. However, it appeared mainly in the Renault lineup, and mostly in the late nineties. In the case of Dacia, the stand is more of a herd with 86 horsepower.

What is the torque of the K7M engine? This one’s symbolic. Approximately 3,000 rpm 128 Nm is available for the driver under the right pedal.

The Dacia and Renault 1.6 8V K7M engines are not the fuel efficient type. Indeed, in the case of urban Logan use, the fuel consumption will be up to 10 liters of gasoline. Currently, such results are abstract. After all, that hasn’t discredited individuals.

Moreover, it is very easy and with a limited fee, you can turn it into LPG. In such a case, the cost of traveling every 100 kilometers would halve exactly! Interestingly, buyers can look for, for example, Logans or Sandero, which are equipped with gas installations in the showroom.

From a technology point of view, the 1.6 8v K7M Dacia and Renault engines are spartan. However, this doesn’t mean that it is completely reliable. One of the biggest problems is related for example the cooling system. A water pump that is too weak can cause the engine to overheat.

Effect? This will be under the head gasket burnout and the need for renovation along with head planning. There are also known cases of camshaft bearings failing after some 60,000 kilometers. Then the engine becomes noisy. The lower suspension bearings don’t last long either.

Oil leaks are a common problems on the 1.6 8v K7M Dacia and Renault engines. With a mileage of 100,000 kilometers, this occurs most often near time movement. It is necessary to immediately get rid of the leak in this place. The reason?

The popular mistake also applies to the ignition coil and the stepper motor. Fortunately, damage to both elements is easy to diagnose and cheap to repair.

The 1.6 8v K7M Dacia and Renault engines are millet-tech machines that run for many years and allow trouble-free operation. Taking the complexity of the accessories to a minimum, the life expectancy of the 1.6 8v K7M engine was determined by Renault engineers at a distance of 400,000 kilometers (250,000 miles). And it is this value that provides the greatest assurance of the quality of the naturally aspirated gasoline engine from the French brand and Romanian brand.