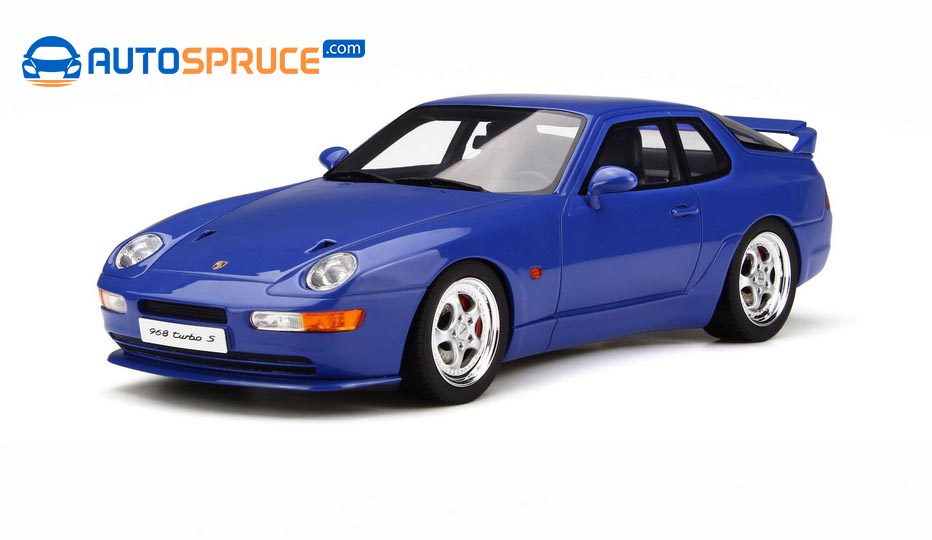 For the more demanding customer, in just 16 units a version of the 968 Turbo S has been created, equipped with a 305 HP 3.0-liter turbo unit at 5400 rpm, whose cylinder diameter and piston stroke are the same as the standard model. 968 – 104 mm and 88 mm respectively.

It is also worth mentioning the top version of the 968 which is called the 968 Turbo RS. Cannot be purchased because the car is specially made for the needs of various racing series. 968 Turbo RS develops power in the range of 337-350 hp.

The 968 was one of the cheapest models offered by the German manufacturer in the 90s. Prices start from $33,991 to $33,991 for the base unit. This was achieved by using more available and less proprietary materials and installing the engine on the front of the body, cooled by liquid rather than air, as in the iconic 911 case. Interestingly, at first, fans of the brand did not like this solution. Finally, they changed their minds after learning about the great driving characteristics of the Porsche 968.

Importantly, the Porsche 968’s average fuel consumption is 10.0 l / 100 km, which is a very good result for a sports car. It should be added that the manufacturer also uses ventilated disc brakes with an ABS system. They allow the vehicle to brake more effectively from higher speeds.

Production of the Porsche 968 was discontinued after four years in July 1995. The main reason for the 968’s early withdrawal from the assembly line was low demand. 968 is the last Porsche with a four-cylinder engine.

The Porsche 968 was made in just 12,776 copies, which currently translates to the high price tag and lack of availability of this model on the market.