The Pontiac Fiero is a small sports car manufactured by General Motors under the Pontiac brand. Production lasted from 1984 to 1988. For Pontiac, this was an opportunity to create his own original sports car design. 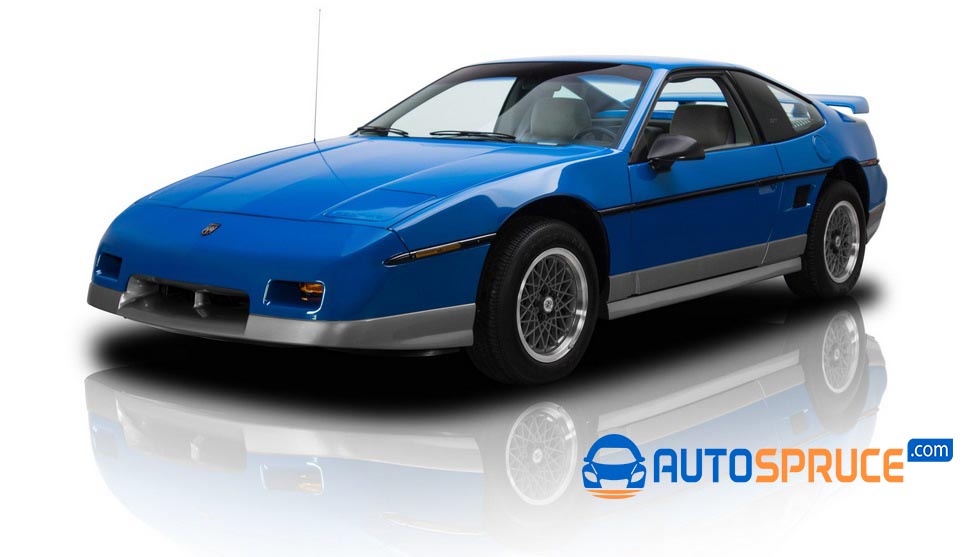 The Pontiac brand, which is owned by General Motors, had a Firebird model under its belt in the 1960s. It is true that the car was appreciated enough by customers to be able to compete with the Ford Mustang, but that was not strictly the original project.

The Firebird was a copy of the Chevrolet Camaro, which did not satisfy the Pontiac, which was fighting for its image and recognition in the American auto market. Therefore, Fiero is an opportunity for the brand to exist.

The Pontiac Fiero design is subject to strict financial restrictions imposed by General Motors. The fuel crisis was raging in the United States at that time, so that the automotive industry experienced turmoil.

Because of this, the Pontiac Fiero’s most important advantage is its low fuel consumption. General Motors’ production budget for the Pontiac was severely restricted and could not exceed the $ 400 million mark.

Soon after the Pontiac Fiero was launched (and in 1984), it was available in three colors: silver, black and red. In addition, riders have the choice of the Pontiac Fiero with a three-speed automatic or a four-speed manual transmission. There are also three Pontiac Fiero body types: coupe, cupe sport and SE.

A year later, a more powerful Pontiac Fiero appeared on the market – a capacity of 2.8 liters in a V6 system. This adds 48 horsepower to the car. Back then, General Motors added a five-speed manual gearbox to its weaker Fiero engine.

In 1988, a Pontiac Fiero version with improved suspension and brakes appeared. Only then did the car acquire a truly sporty character. Unfortunately, not long after, General Motors decided to discontinue production of the Fiero.

The body construction at Pontiac Fiero is based on a very interesting idea. Namely, shifting solutions that work well in sports to the production of passenger cars. The spatial frame on the Fiero is made of steel profiles, and this solution was already successful in cars participating in NASCAR races at the time. Thanks to this, the structure of the body is as light as possible, and at the same time maintains high durability.

Pontiac is very fond of making mid-engined concept cars. The company also wanted to implement this idea in the production of the Pontiac Fiero. The engine located in the center gives the car a sporty character, but it has many flaws.

First of all, the car’s interior is converted into a small cockpit as in a race car, and the trunk is diametrically reduced. Regardless, the Fiero engineers applied this idea to model design.

As a result, the Pontiac Fiero has made American automotive history the only mass-produced mid-engined car. However, car designers must remember about the priority of low fuel consumption, so the Fiero engine is small: 2.5 liter capacity and a maximum power of 93 horsepower.

Pontiac Fiero’s sporty character is saved only with a body made from carbon fiber, the middle engine and the drive located at the rear.

Currently, this car can be purchased at classic auctions. Pontiac Fiero prices range from $ 7,000 to $ 13,000. Keep in mind that the best Pontiac Fiero models date back to 1988.