The second generation of Nissan Navara (Nissan Frontier in the US) was presented in 2004 at the Detroit auto show. The car was constructed on the basis of the F-Alpha platform, and its styling was inspired by the slightly larger Titan (2003), intended only for the American market. 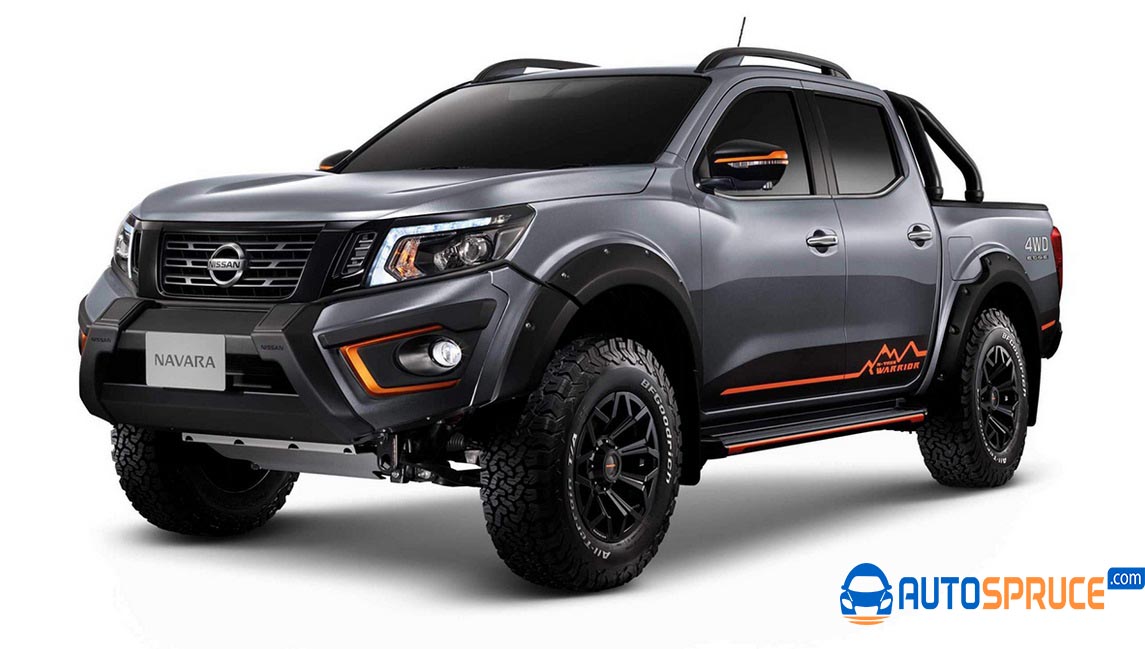 In 2007, the car underwent a cosmetic facelift. Among other things, the interior trim materials were improved, and the side mirrors, in line with the current fashion, were equipped with indicators. Three years later, Navara underwent another modernization. This time, the engine range has been supplemented with a V6 diesel engine and a strengthened 190HP 2.5 dCi variant. In addition, the front apron was remodeled and a few changes were made to the dashboard. Since then, the Japanese pick-up has been produced unchanged.

The design of the Nissan Navara 2 is based on the frame, the front part of the suspension uses a system of independent wishbones, and the rear leaf springs (for comparison, Pathfinder has a set of independent wishbones). There are three transmissions to choose from: 5- or 6-speed manual and 5-speed automatic. Drive? The mode switch allows driving with rear drive (2WD), rigid coupling of both axles (4H – 50% front, 50% rear) and attaching a reducer (4LO).

There is also a rear axle lock. Unfortunately, the lack of an inter-axle differential means that the 4 × 4 drive can only be used in difficult conditions and in a short time. Nissan Pathfinder got 4 stars in Euro NCAP crash tests, Navara didn’t do that well. During the first pick-up attempt, it did not get even one stars, the revised version got three. You can see the difference, but it is still far from ideal.

The Nissan Navara 2 engine line-up is very similar to the range of engines available on the concurrent Pathfinder. Unfortunately, the 190 HP gasoline engine does not perform well in a Japanese pickup truck. Not only does it smoke a lot, it also does not do well with the efficient acceleration of the car. Its only advantage is trouble-free operation.

The V6 is much better. Reliability and good dynamics are paid for with enormous fuel consumption – exceeding the magic limit of 20 l / 100 km in city traffic is not a major problem, although it is also possible to burn less. In some cars, however, there are problems with the noisy timing chain. Unfortunately, petrol on the US market is like medicine.

As pick-ups are often used for business purposes, most potential customers will choose diesel anyway. In this case, there are only two engines to choose from. The 2.5-liter dCi unit, unfortunately, had serious problems with durability – in some units the head, pistons and crankshaft were damaged.

The problem concerns a small number of cars, but be careful! After all, the offer includes another 3.0 dCi diesel engine developed together with Renault. So far, Navara users with this engine do not complain about serious defects yet. However, you have to be prepared for the fact that, as befits a modern diesel engine, with the increase in mileage, the equipment will eventually start to break down.

When buying a Navara, you first need to check the condition of the drive train. If the car was often used off-road, the joints will definitely need to be replaced. Turn limiters also do not sin their durability. On the other hand, you will have to replace the metal-rubber elements and the control arms of the front suspension even in the ones that drive mainly on asphalt – this is one of the weaknesses of this model.

In some cars there are problems with the electrical system – the on-board devices are broken, and the dashboard controls are stupid. Water can collect on the air conditioning system pipes, which often drips onto the feet of the front passenger. The hinges of the tailgate, which likes to drop by itself, are also not a problem. You have to be careful not to lose anything! Navara users complain of a rusting fuel filler flap, but this is a minor matter, much worse if the rust attacks a larger surface.

There are also leaks from the cooling system, the engine (mainly from under the valve cover) and transmission oil from the gearbox. In cars with a manual transmission, the clutch may wear out prematurely. If you get a copy with a cheap box body, don’t count on the fact that no water will get inside.

From the beginning of production, Nissan Navara has participated in several service actions, including: tightening the propeller shaft bolts, replacing rear wheel bearings and aluminum rims susceptible to cracking, and inspecting the steering column mounting and brake pedal structure. It is worth checking whether the copy selected by you took part in them all.

This time we will start with the drawbacks, which are quite a lot here. By choosing Nissan Navara, you shouldn’t count on comfortable long-distance travel. Not only that the hard suspension can be felt here, but there is definitely not enough space in the cabin, especially for passengers sitting in the second row. The car, although it may seem representative, will not replace a much more comfortable SUV or limousine.

Due to its poor cornering stability, the Navara is not suitable for high-speed driving. In addition, the mode recommended for driving on asphalt, in which the drive is transmitted only to the rear wheels and a light crate, makes the car easy to skid on a slippery surface. Driving all the time with 4 × 4 is unfortunately not possible here. The nail in the coffin are the high prices of spare parts, the difficulty of finding replacements and the low level of security.

The car, however, has its advantages, above all, it performs very well in the field – the reducer and the rear axle lock make small off-road trips much easier. Also deserving praise: 3-liter lively diesel, attractive design and vast cargo space. Another advantage is the attractive prices of used cars, which start from around $ 7,980. Importantly, finding a well-groomed copy bought in a US showroom is not a major problem.