AutoSpruce.com
Home Engines Most Reliable Peugeot Engine Of All Time

Are Peugeot engines reliable? Peugeot has recently produced more successful machines – we present the first. After an accident with a model such as the first generation “307” (including the notorious self-ignition problem), Peugeot decided to upgrade its car. 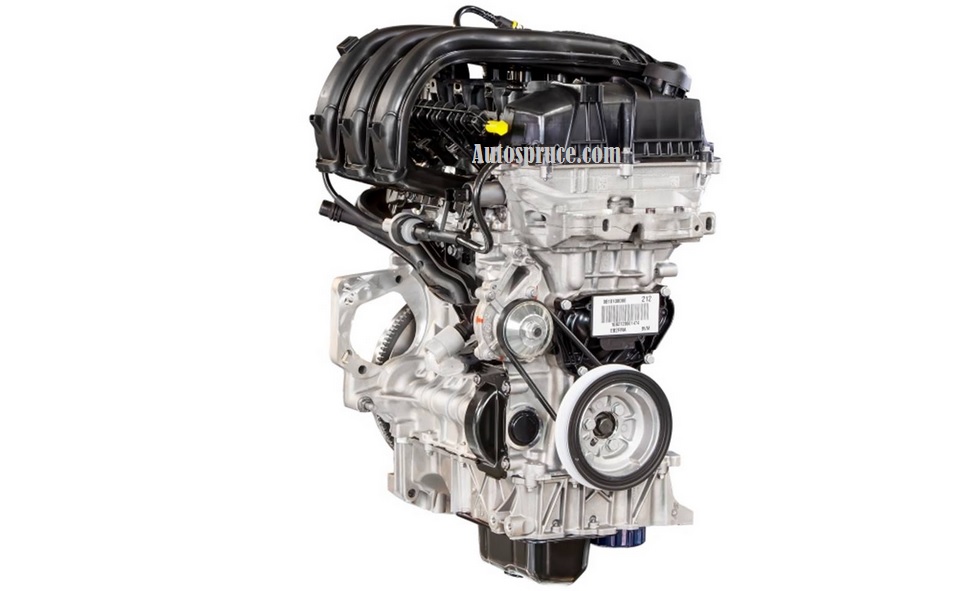 The French car manufacturers, however, did not stop at better materials in the cabin and more sophisticated attachments, but also focused on the durability of their models, which in many cases worked.

Despite the presence of old friends among them, namely the TU series petrol engines or the famous HDi 1.6 and 2.0 diesel engines, it is not surprising, but the fact that PureTech’s newest PSA 1.2 engine has been included in our list may surprise someone. This is a modern three-cylinder petrol engine, which performs very well even in the direct injection and turbocharged variant.

We tested it ourselves at a distance of 100,000. km in Peugeot 308 (strongest variant, 130-horsepower) and it’s there without reservation. In the previous edition, we also presented the 100,000 km test. km, in which Citroën C4 Cactus participated with the PureTech 110 hp version, which turned out to be one of the car’s strongest points.

However, our list does not include all successful Peugeot engines. You will not find here, for example, the EW series (we describe it on the occasion of a similar Citroën engine in a later edition), that is, a very durable and quite simple petrol engine. It is best that varieties created after modernization (2004), which you will encounter, i.e. on the Peugeot 407.

The 2.2 HDi diesel engines were also considered quite successful, but they were much less popular than the 1.6 and 2.0 versions, which often resulted in higher accessories prices. Of course, Peugeot also has more risky engines – especially the Prince series petrol and the V6 diesel engine, which we’d advise against!

The TU engine series is designed for the smallest Peugeot. The first generation of TU engine made their debut in the mid-1980s. First, a 1.4 8V engine is offered, which you will find on the popular models: 206, 207 and even the compact 307.

The first has 95 HP, and the 16V version has 109, 115, 118 or 125 HP powers. This is also a very popular unit that you will find on many popular models. However, the PSA still uses the 16 V engine in its dual budget sedans: the Citroën C-Elysée and Peugeot 301, but these are already modern versions with the designation “EC5”, this one has variable valve timing and meets the Euro 6 exhaust emission standards. There are no major objections to the TU engine. Common faults are ignition coil failure, throttle and minor leaks. However, it should be noted that many of them already have a great distance and may need repair.

The unit has been named Engine of the Year in its category three times in a row for its combination of good performance (turbo-charged version) with low fuel consumption. PureTech was awarded in 2015, 2016 and 2017, but we are more interested in the durability of this unit. Interestingly, although PureTech puts a lot of effort into the 1.2 capacity, there are hardly any issues at the moment.

You have to remember that this is a unit that debuted only six years ago, but for the high power from the small capacity (especially in the turbo version) the user ratings and mechanics are very good. We recommend the naturally aspirated version 1.2 (EB), which has indirect injection (power: 68, 72 and 82 HP). Direct injection and turbo versions (110 or 130 hp; marking “EB DT” and “DTS”) also worked.

These engine power small PSA models and, more recently, Opel. PureTech series engines have a timing belt that is actuated in an oil bath. The exchange interval is 175-180 thousand. km, but no known previous wear. The situation is different with accessory belts, which are not very durable. At the start of production there were problems with the clearance of the crankshaft (shaft from Holland; warranty), but this applies to a small number of copies.

The turning case on the crankshaft at the beginning of production, the accessory belt is fragile (it wears out even after 30-40 thousand km).

Diesel as “DV6” with a 16 valve cylinder head made its debut in 2002. Its 8 valve version appeared in 2009. The first was not without its drawbacks – it has had several failures, but most of them can now be repaired cheaply. If you are going for the older generation 16-valve version, it is better to go for the 90 HP version, with a simple turbine and without 2-mass wheels.

Watch out for the 109HP version which has issues with turbo lubrication filter clogging, but you can assume that in most cases this has been resolved. 1.6 HDi engine after about 200 thousand. km has a typical malfunction of modern diesel engines, but fortunately, due to the high popularity of spare parts, there are no high prices.

In newer versions you will find a diesel (wet) particulate filter, which will need to be refilled with a soot burning additive. The filter, according to ASO recommendations, should be replaced after about 160-180 thousand. km, fortunately not too expensive. Users praise the 1.6 HDi engine for low fuel consumption and good performance as well as good access to professional services (many mechanics know this bike inside and out), so there are no problems with repairs.

In the top version, the power is even 180 HP (for example in the latest Peugeot 5008). However, the market is dominated by cars with engines of 136, 140, 150 and 163 HP. Interestingly, the mechanics show that it is relatively easy to use the software itself to increase the power from the 140 HP version to 163 HP.

Despite the greater complexity of the 16V version, problems are not common here – for example, problems with the chain connecting the camshaft appear less frequently than in the case of the 1.6 HDi. Newer versions already have a diesel particulate filter, but they have good durability and are likely to be at an acceptable replacement cost. The advantages of this machine also include good performance – on the 16V variant, the maximum speed is usually around 200 km / hr.

Its undoubted advantage is its moderate fuel consumption – even with a fairly dynamic ride it is easy to keep it below the 8 l / 100 km level.

The list of non-recommended peugeot engines you’ll find on Peugeot manufactured in the last decade isn’t long, but sadly, there’s a high-stakes version.

The list was opened by the Prince series engine developed by PSA in collaboration with BMW. In theory, this is a very good power unit that burns a bit, and in the more powerful version it delivers great performance. Versions marked with “VTi” have no improvements and are slightly better options than the THP turbo variant. We would like to add that this group does not include the 1.6 engine of the Peugeot 301, as it belongs to the TU5 series, although the manufacturer also marks it as VTi.

BMW has modernized the Prince series engine several times, but feedback from users and mechanics has shown that this has not eliminated their main problem. The basis is a timer that’s too weak, which means the chain needs replacing even after about 60,000. km (fortunately, the costs are not very high). Prince engines also tend to consume too much oil, and with the THP variant the turbocharger refuses to comply. There was a problem with the variable valve timing system on the naturally aspirated version. There are also problems with carbon deposition (THP) and high-pressure pumps that quickly give up.

A V6 diesel engine is also a risky choice – especially the older 2.7 HDi diesel engine jointly developed by PSA and Ford. You will find them in most powerful Peugeot cars, for example the 407 coupé and 607, but they are also often installed in cars of other manufacturers (eg Land Rover, Jaguar).

The biggest problem concerns the crankshaft, which can break (the manufacturer made it too thin). There is also a socket that rotates. This motorbike has very expensive accessories, and replacements for some elements cannot be purchased at all (for example, bushings are only available in authorized repair shops). In addition, there were problems with removing the confiscated injectors. The same problem applies to glow plugs.

A better choice is the 3.0 HDi engine, the successor to the less successful 2.7 unit. However, in this case, you must take into account the equally high cost of parts. In addition, all PSA V6 diesel engines have a piezoelectric injector, which is expensive to replace. We have also heard of cases of acetabular rotation on this power unit, but as far as we are concerned it is not that common.

In general, however, this is a engine designed for people with fairly thick wallets. However, if you care about the V6 engine on a teenager Peugeot, it might be better to go for 2.9 petrol, which is used in a model similar to a turbodiesel.

Peugeot has a good engine and there are many options. First of all, I recommend diesel engines, as they dominate the models in use for several years. Both the 1.6 and 2.0 HDi engines were highly successful and durable machines that, thanks to their popularity, were easy to get parts for at a reasonable price. But you have to remember about petrol vehicles – both older (TU, EW) and newer (EB) are durable and recommended. Watch out for the Peugeot engine at Prince series, especially 1.6 THP.