AutoSpruce.com
Home Engines 10+ Most Reliable Mercedes Engines Ever Made

Which Mercedes engine is the best? The automotive market is largely ruled by the opinions of mechanics, home-grown specialists and drivers themselves, who praise or ruthlessly criticize their cars. It is on the basis of such apparently objective assessments that thousands of drivers make a decision to buy a specific engine version each year. 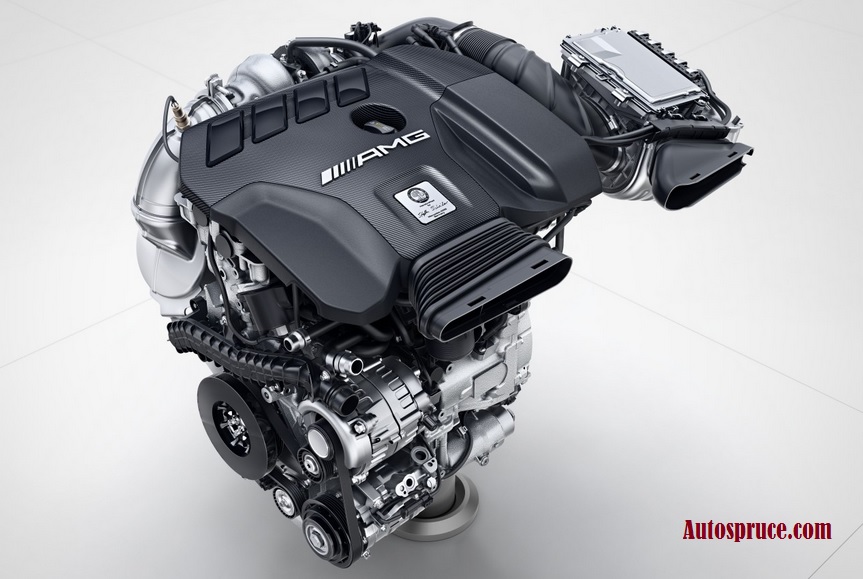 The stereotypes known for decades in the automotive world, as well as the reputation developed several decades ago, are also taken into account when choosing a car on the secondary market.

Best Mercedes Engine Ever Made

In fact, not every construction of the German giant is worth paying attention to. We present those that are worth trusting.

Undoubtedly, one of the best determinants of durability and failure-free operation of a given drive unit are the opinions of taxi drivers. It is in their hands that the engines undergo real long-distance endurance tests.

According to this part of drivers, modern, more and more demanding constructions do not have a better chance of achieving the mileage of their predecessors. One of the armored Mercedes engines is the 2.6-liter petrol engine offered, among others, in the W124 model.

The in-line, six-cylinder unit received a twelve-valve head from the designers – thanks to low effort and simple construction, it does not require much to cover 700,000 kilometers and even more. Regular service visits turn out to be sufficient – changing the oil, spark plugs and filters.

The engine generates 160 hp and 220 Nm, ensuring sufficient performance. Unfortunately, fuel consumption is not low, 9-10 liters outside the city is a good result. What’s worse, the mechanical gasoline injection complicates the installation of the gas system.

The previously described 2.6-liter unit will appeal only to drivers for whom the high fuel demand is not a major problem – for them durability is the most important thing. Also in the engine palette of the legendary W124 we will find another gasoline engine that can boast of exceptional durability.

The 2.0 V8 opened the price list of this model as the weakest gasoline-powered design – it also went under the hoods of the W123 and W190.

The symbolic 105 HP and 158 Nm were initially produced from the four-cylinder in-line block, which guaranteed poor performance. In later years, during one of the modernizations, the engine was increased to 118 hp and 172 Nm. Poor dynamics and difficult overtaking maneuvers translate into relatively low fuel consumption.

According to users, a leisurely journey outside the built-up area may result in even less than 6 liters per hundred, while in the city it can result in 8 units. Unfortunately, it is better not to lower the operating costs with the gas installation this time.

The vast majority of indestructible power units by Mercedes engineers were created in the 1980s and earlier. At that time, the highest priority was durability and the lowest possible faults – after all, customer satisfaction depended on it.

The old V8 is another construction that can work without stuttering for hundreds of thousands of kilometers. They were encountered, for example, in the S-class of the time and the aforementioned W124, and were created with an emphasis on durability, appropriate performance – and not for the sake of ecology and economy.

The weaker one had a 4.2-liter capacity, while the stronger one is the iconic five-liter V8. Both constructions are equipped with thirty-two-valve heads and mechanical injection – which, as we know, makes cooperation with gas installations very difficult.

In today’s realities, the power of these engines may not knock you on your knees – 279 hp and 400 Nm as well as 326 hp and 480 Nm – but the sprint to 100 km / h lasting 6-6.7 seconds, and the sound they produce. Interestingly, only four-speed automatic transmissions worked with these units, because only they were able to transfer such power and torque to the asphalt.

The 90s and later were not the best for Mercedes engine, the incessant quality mishaps only undermined the so far perfect opinion of the manufacturer. Almost every subsequent drive unit of the brand struggled with a serious problems.

The 3.5 V6 naturally aspirated gasoline engine has been an exception to this trend in recent years. It was created as a response from Mercedes to supercharged designs from Audi and BMW. Its creators again focused on getting high power from capacity. The end result turned out to be extremely successful.

The engine received a 24-valve head, which allowed to generate from 272 to 306 HP and 365 – 400 Nm. The forked six-cylinder from Mercedes engine, unlike its competitors, boasts a race sound, not only created by complex exhaust systems. The weaker versions have EFi injection, while the most powerful one has direct petrol injection.

The opinion of Mercedes as a producer of the best drive units in the world was largely due to the perfect refinement of the W123 model, popularly known as the “barrel”. Since his time, Mercedes has become the favorite brand of taxi drivers who need an armored car for hard work.

Diesel engines enjoyed the greatest popularity and recognition, as they could cover up to a million kilometers without major maintenance. One of the iconic, indestructible engines also known from the W124 and W190 is the two-liter diesel.

The four-cylinder design, equipped with an eight-valve head, received the fuel-air mixture via a very simple rotary pump. So configured, the whole generated a smile of pity 75 HP and 126 Nm. Interestingly, as an option, the customer could order a four-speed automatic transmission, further worsening the performance.

Another representative of the era of indestructible Mercedes diesel engines is the three-liter construction known from the W124 model. This time, the engineers created a six-cylinder in-line engine, available in two variants.

The most wanted version, famous for its lack of major operational problems, was the naturally aspirated version. In its case, the power was determined at 110 HP, and the torque was 191 Nm, which was reflected in the reluctant entering into high speed, as well as still reasonable consumption of diesel fuel.

The second, more powerful variant was supported by a turbocharger, thanks to which it generated 147 HP and 273 Nm. In practice, he did much better than his weaker brother, but he also caused more problems.

The use of ordinary rotary pumps in these engines allowed users to approach the quality of the fuel being filled quite freely – driving on heating oil was not unusual.

In the following years, Mercedes engine pallets contained many structures with flaws that, after several years of use, forced their owners to undertake expensive repairs. Especially the self-ignition unit turned out to be problematic, tolerating not only poor fuel quality, but also higher mileage. A strange breakthrough came with the introduction of a 2.1 four-cylinder diesel, which in legal reality in some countries was and still is a higher excise rate.

This design appeared for the first time under the hood of the E-Class W210, then produced 116-143 hp and 250-315 Nm. In later versions of the model, as well as in other classes, the engine was systematically upgraded.

Malignant experts on the subject agree that the E-class (W210) was the last durable Mercedes engine in history, because subsequent models filled with electronics caused more and more difficulties. Indeed, almost all of its diesel engines are commendable, in particular the 2.7 CDI.

One of the last five-cylinder designs from Mercedes engineers, it boasts many advantages. In the opinion of taxi drivers, it can withstand much more than the W210 body that corrodes in the blink of an eye.

The five cylinders arranged in a row produced 170 HP and 370 Nm, reaching the rear wheels through a classic manual gearbox or an armored but slow automatic machine. Mercedes engineers gave up indirect injection and replaced it with the common rail direct injection. Unfortunately, we must forget about the former insensitivity to the poor quality of diesel fuel.

Motorists, apart from functionality, rich interior equipment, style and technical condition of a given car, also carefully choose among the available engine versions. The maintenance costs, the frequency of visits to the workshop and a number of related expenses depend on the drive unit working under the hood.

It’s no wonder that aftermarket customers are keen to choose brands with impeccable reputation – for example, Mercedes, considered a manufacturer of indestructible power units.