Mitsubishi Outlander II, produced from 2006 to 2012, is a spacious, comfortable SUV with fairly good off-road and road properties, equipped with powerful engines. It enjoys a good reputation for high reliability, and copies several years old keep the price well. You will buy the cheapest for about $ 5,300 to $ 6,700, but then you should look for cars in very good condition, especially petrol ones. 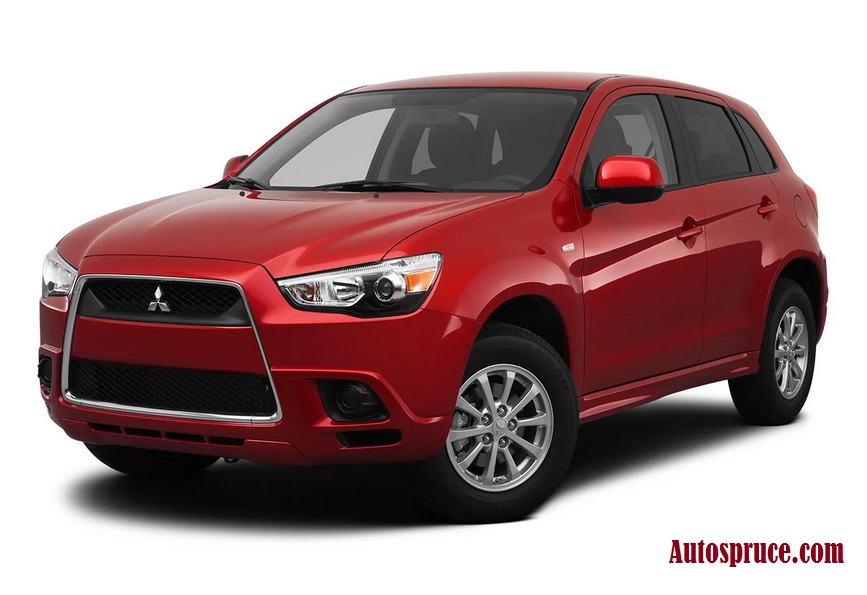 To really buy a good Outlander, you need to have about $ 10,600. With such a budget, you can look for a Outlander after the facelift, which took place in 2010, but I would rather focus on the pre-facelift, from the year 2009.

Which one to choose for the Mitsubishi Outlander II? If you are looking for a Outlander before facelift, in real terms, up to approx $ 7,970, you are left with diesels or a few 2.4 gasoline copies, usually imported. Two diesel engines were offered for the facelift: 2.0 DI-D and 2.2 DI-D. Both are borrowed from other concerns. The first one with 140 HP is the Volkswagen TDI, while the second is the PSA HDI engine with 156 HP. Which one is better? The question is difficult because we are dealing with a classic dilemma: cheaper and more emergency or more expensive but more reliable?

The fact is that the 2.0 TDI PD engine is one of the most defective, emergency designs of this type. A less known fact is that most of the faults ( cylinder heads, unit injectors ) did not apply to engines from 2006–2007, let alone those fitted to Mitsubishi cars.

Practice shows that apart from premature wear of unit injectors and turbochargers, relatively cheap to repair, this engine is not particularly defective. Moreover, there is a large group of satisfied users of the Outlander 2.0 DI-D, and there are very few negative opinions regarding faults.

This engine has good performance and consumes an average of 7-8 liters of diesel fuel per 100 km. On average, the 156 HP 2.2 DI-D of French production needs a liter more. Its complicated, modern structure (intake system, balance shafts, piezoelectric injection ) makes it not only more flexible, but also a class better in terms of work culture. As befits an HDI engine, reliability is at a high level and mileage of 300,000 km without serious faults are not surprising. However, there is a different face of it.

Most of the cars on the market already have such mileage behind them, which means that after purchase, the potential expenses for repairs may be much higher than in the case of the 2.0 DI-D engine. It is exactly the same engine as used in other models of French SUVs based on Mitsubishi design, the Citroën C-Crosser and Peugeot 4007. But slightly different from the rest of the PSA Group cars. And that’s good, because we have one turbocharger, not two. But the power is reduced from 170 to 156 hp.

Virtually every repair of the 2.2 engine will be more expensive than the 2.0. This applies to the supercharging, injection, clutch or other accessories. The injectors and dual-mass wheel wear are the earliest, but later than in the 2.0 DI-D.

In summary, an allegedly faulty Volkswagen engine may be a better choice than the refined PSA design. 300,000 each km in German, some repairs have probably already been made. A wave of spending is yet to come in French. I would choose PSA diesel if the mileage was documented in both cars.

It is worth mentioning gearboxes at this point. Both engines featured manual, sometimes bearing wear, but an automatic machine was also installed up to 2.2. It is a Japanese dual-clutch design, the repairs of which are very expensive.

And here we move smoothly to the third diesel offered since 2010 – the 2.2 DI-D MIVEC by Mitsubishi. The capacity designation is the same, but the engine is easily recognizable by its actual value of 2268 cm³, which is in practice 2.3 liters. The power is also higher, with a maximum of 177 HP, and the torque of 380 Nm is developed in a wider range. Effect?

Really fast car. This is the most dynamic variety of Outlander and at the same time the most economical. The turbocharger responds quickly and gives you solid acceleration. Despite better performance, Japanese diesel can consume an average of 6–7 l / 100 km.

It is also the most reliable Outlander II diesel engine, but potentially the most expensive to repair. Although it has been on the market for quite a long time, it was not installed in any other brand model. So it is an engine that lacks replacements, and as you know, Mitsubishi Dealership is one of the most expensive. The diesel particulate filter and the injection system fail most often.

Is this the best choice for Outlander? If we are talking about facelift cars, until 2012 it was possible to buy it with a PSA engine. Then there was no choice. Generally, in the 2010-2012 years, it doesn’t really matter which engine you choose.

Just over 10 percent Outlander II on the market are gasoline versions. The choice is therefore very limited. However, it is these that can be considered completely safe when it comes to the drive. Before the lift and until 2012, the 2.4 MIVEC engine with 170 HP was offered. From 2010, the range was introduced with the 2.0 engine with 147 HP, only available in specification with front-wheel drive.

Both structures are “armored” provided that no gas installation is installed. You have to use decent components, adjust the installation to the engine well and control the valves, and there will be no problems. Occasionally there are minor faults that cause the rotation to ripple. Sometimes the 2.4 can take oil.

The main complaint about gasoline engines is only the 5-speed manual gearbox, which generates a lot of noise at higher speeds. There is also an automatic machine, but a CVT, which significantly worsens the performance. It is not a bad design, but carries the risk of costly failure. Dual-mass wheels were not used in gasoline engines.

The most common problems of Outlander II are diesel engines. Common problems with DPF / FAP are an affliction of each of them. In manual transmissions you have to take into account the wear of the mass flywheel. Gasoline users have more peace of mind. On the other hand, all of them are affected by chassis corrosion, quite advanced in some of them. So much that it is difficult to unscrew the suspension elements.

It is quite durable, but it is bothered by small things such as stabilizer bushings and links, and MacPherson top mounts. At the rear is a solid multi-link axle. The entire suspension is not expensive to service, and the electric power steering is durable. The same applies to the brake system.

On the other hand, repairs in the driveline can be expensive. If you choose the 4WD version, check the rear differential carefully for leaks. It is also worth having a service check for play on the drive shaft. The electromagnetic clutch connecting the rear axle drive fails rarely, but may overheat with heavy use. Fortunately, they have a “fuse” that turns them off when there is a risk of failure.

Is it worth buying a Mitsubishi Outlander II?

Its spacious interior, huge luggage compartment – 774 liters in the five-seater version – and high travel comfort are, in my opinion, the greatest advantages. The quality of the interior and the corrosion protection can be assessed negatively.

When it comes to choosing an engine, I recommend the 2.0 DI-D or the 2.0 MIVEC with gas installation to the economical ones. Looking for dynamics, Japanese 2.2 DI-D diesel or 2.4 MIVEC gasoline. I will answer this question with a definite yes.