In the eighties of the last century, the Japanese company Mitsubishi introduced a new family of six-cylinder injection gasoline engines 6G72, which were initially presented with two (6G71) and three-liter (6G72) power units. 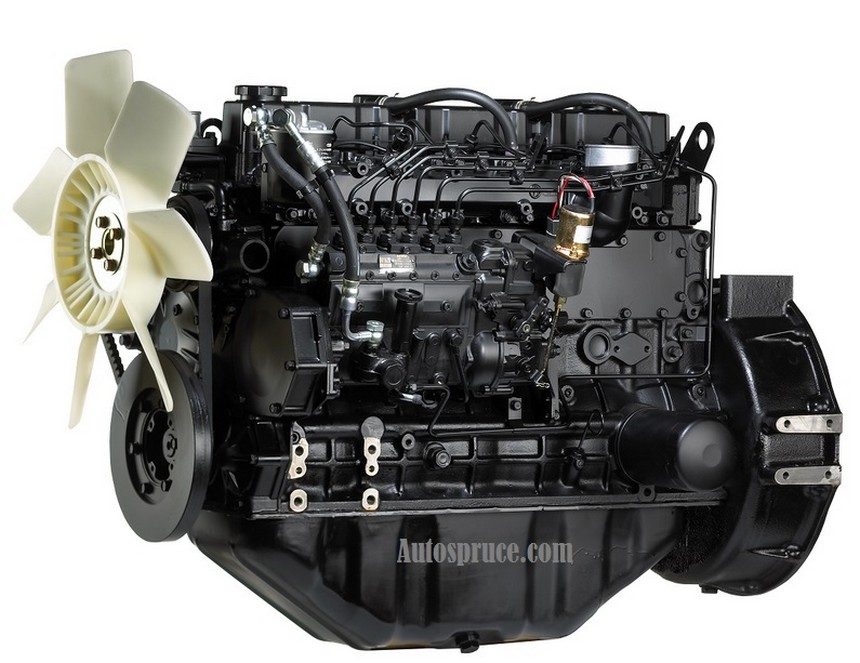 Soon, the offer was expanded with three more engines, which were widely used on various cars of this Japanese automaker and were installed on American cars under license. It is a V-shaped cast iron six-cylinder engine that has a 60-degree camber. The cylinder head of the 6G72 engine was made of aluminum, which made it possible to significantly lighten this power unit, improving the temperature resistance.

Popular was the 3.5-liter 6G74 engine, which was an exact replica of the base model with bored cylinders. It was easy to maintain, reliable and economical. He also had a timing belt drive and required regular replacement of this mechanism every 70-90 thousand kilometers. 6G74 engines were installed on American SUVs and a number of top-end Pajero modifications.

Initially, this engine and 6G74 engines had two valves per cylinder, but in the mid-nineties, a restyling was carried out, after which the engine received a new cylinder head and a valve mechanism, which already had four valves for each cylinder. Due to a similar layout, as well as an injection injection system, the engine power has significantly increased. Both naturally aspirated versions with a power of 141 horsepower and turbocharged engines (modifications 6G72TT), which developed 324 horsepower, were offered.

Despite their impressive volume, 6G74 engines are economical and consumed 15-17 liters of gasoline in the city on large SUVs and large models from Dodge.

We also note the compliance with environmental standards Euro 4. The 6G74 engine, unlike most other power units produced in the eighties and nineties of the last century, was originally developed for use on 95 gasoline. Therefore, attempts to fill 6G74 with low-octane fuel invariably led to breakdowns of this power unit.

Maintenance of the 6G74 engine is not difficult and involves regular oil changes and work with the timing drive.

The 6G72 engine has the following technical characteristics:

The 6G72 engine was installed on:

Note that this Japanese automaker has constantly improved and upgraded its 6G72 engines. In fact, changes were made to its design every year, which explains so many varieties of these engines. All of them have proven to be quite reliable and easy to operate.

The 6G72 engine had a belt drive of the gas distribution mechanism, while the design of the power unit is such that when the belt breaks, the piston collides with the valves, forcing expensive repairs. Note that such service work to replace the timing belt is performed every 90,000 kilometers.

In general, the 6G74 engine turned out to be quite successful, with the exception of high oil consumption, which is often noted on older cars. This is due to problems with the valve stem seals, which on 6G74 must be replaced at the first sign of oil consumption.

Today there are many different tuning programs for this 6G72 engine:

The 6G72 engine is a powerful six-cylinder power unit that appeared in 1986 and was able to hold out on the assembly line until 2008.

This engine has proven itself to be extremely reliable, economical and easy to maintain. Thanks to its excellent performance characteristics, this power unit enjoys well-deserved love among car owners.