The 4G63 engine is one of the most popular four-cylinder in-line engines, which was designed by the specialists of the Japanese company Mitsubishi. This power unit has about a dozen different modifications that have been installed on many Mitsubishi models. 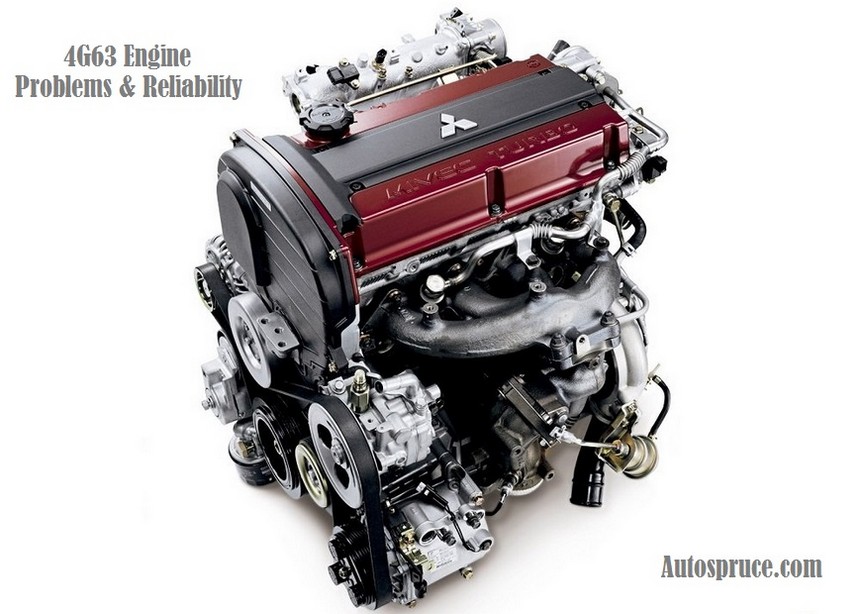 The first 4G63 modification appeared back in 1981, and continues to be produced to this day with minor changes. The excellent technical characteristics of this engine are combined with its excellent reliability. The engines of the 4G63 family are four-cylinder power units that have a volume of 2.0 liters and power from 109 to 144 horsepower.

The 4G63 engine has a cast iron cylinder block and an aluminum head for maximum overheating resistance. Depending on its modification, this engine was equipped with DOHC and SOHC gas distribution systems with two or one camshaft.

This engine was originally equipped with two valves per cylinder. In the 1990 revision, a modification with 16 valves appeared, which made it possible to obtain the maximum possible power from a two-liter engine.

Some Chinese manufacturers still use this engine in their cars today, and buyers appreciate this engine for its excellent reliability and maintainability.

4G63 engine are installed on:

Engines of the 4G63 series are reliable and have a solid resource for increasing power.

One of the features of this Mitsubishi power unit is the presence of two balancing shafts installed in antiphase. This virtually eliminates the resulting vibrations, especially at maximum engine speeds.

This engine can be used with vehicles in which the power unit is installed longitudinally and transversely. This allowed the 4G63 to be installed with equal ease on full-size sedans and station wagons, as well as on compact city cars.

Depending on its modification, this engine was equipped with a carburetor injection system, mono injection or an injector. Regardless of the fuel supply system used, this engine has established itself as a highly reliable and durable power unit.

The use of an injector with electric injectors made it possible to simultaneously increase engine power and improve its fuel efficiency. The power curve has been smoothed to provide excellent traction from low revs.