Telling the story of the Mitsubishi 1.6 MIVEC 4A92 engine, one has to go back to 1992. That’s when the MIVEC system made its debut on the market. What is MIVEC? Nothing but Mitsubishi Innovative Valve timing and lifting Electronic Controls, a variable valve timing system that can gradually adjust valve lift times and valve opening times. 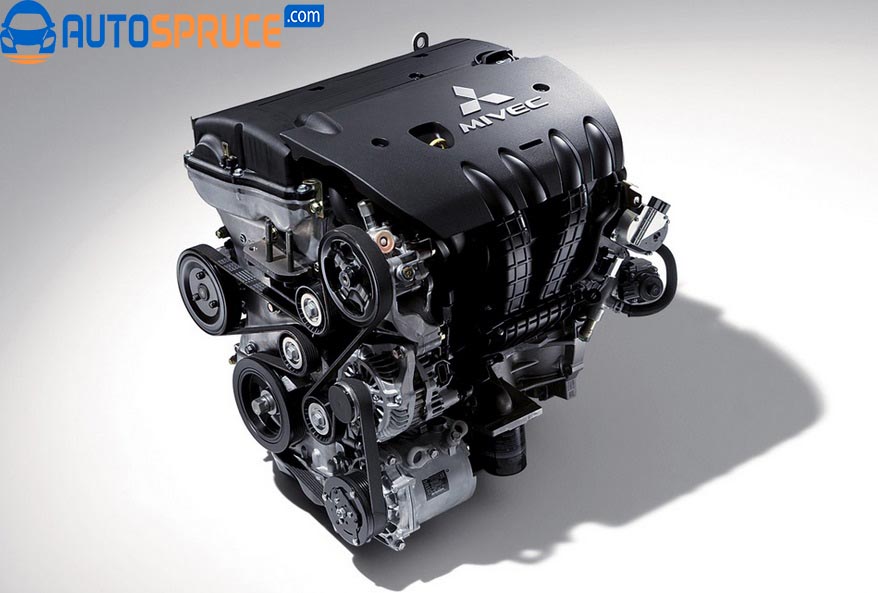 The solutions that were systematically modernized in 2010 became part of the new naturally aspirated petrol engine created by Mitsubishi engineers. Initially, the 1.6 liter engine appeared under the hood of the hit crossover ASX. Over time, it also found its way under the hood of the Lancer. And the story doesn’t end there.

Already in 2011, Chinese became interested in construction! So the 1.6 MIVEC 4A92 petrol engine began to be installed in vehicles from companies such as Dongfeng Motor, Brilliance or Zotye. The machine has a capacity of exactly 1,590 cm3. In addition, it generates power via 4 in-line cylinders, 16 valves and multi-point injection.

The time drive is based on a chain. The elements are so durable that the Japanese did not anticipate the need to replace them during the life of the machine. In addition, there is an ecological novelty to the design, namely the Automatic Stop & Go system that extinguishes gas when parked.

The 1.6 MIVEC 4A92 engine under the hood of the ASX and Lancer is no monster of speed. It only offers 117 horsepower, which is really only the beginning of the problem. Power is only available at 6,000 rpm. Not much better when it comes to torque. The maximum value is 154 Nm, but it is only achieved at 4,000 rpm.

In the city, the performance of the Mitsubishi gasoline engine is very adequate. The unit becomes too weak only when driving on the highway. Reduction is required for overtaking, and the bike becomes very noisy when one or two gears are removed.

Mitsubishi has been renowned for its robust technology for years. And the 1.6 MIVEC 4A92 engine building technology seems to be greatly refined! The motor was built according to the so-called old technique, and the only wish turned out to be a start / stop system.

The 1.6 MIVEC 4A92 engine is definitely not a petrol engine, which works seamlessly with any LPG installation. This is a motor which, although it can be gassed, will require special care. The mechanic recommends shortening the valve clearance interval first.

This has to be checked every 40,000 kilometers. Otherwise, after 60,000 to 100,000 kilometers, there may be a sufficient outage of the valve seat and an expensive repair! In addition, there are known cases where the 1.6 MIVEC 4A92 engine swings in revolutions while using LPG.

What is very important in Japanese petrol engines is that, apart from a small sympathy for the gas supply and a rather sluggish power flow characteristic, this engine actually has no major drawbacks.

What the common problems? The structure has been used by drivers for a decade. Back then, the mechanic noted only one problem. In some models of the Mitsubishi 1.6 MIVEC 4A92 unit there was a breakdown consisting of a faulty engine controller. Fortunately, the device doesn’t need to be replaced. Simply update the control program for a maximum of $ 55 to $ 70.

The Japanese did a great job developing the 1.6 MIVEC 4A92 engine. Gasoline while driving casually can be economical and works well in cities. On top of that, it’s completely failure-free and lets you tackle huge mileage.

However, keep in mind that durability has a price in this case. And here’s performance. The 1.6 MIVEC 4A92 unit is definitely a proposal for the quiet driver.