Despite the announcement by Mercedes-Benz about the creation of a new 2023 T-Class model, only a few details have been revealed.

By the same principle, the V-Class and Vito were previously organized. The harbinger of a new model coming soon was the Mercedes EQT, an all-electric vehicle introduced back in early 2021.

Almost immediately, the production version of the Mercedes-Benz Citan 2021 was presented. As expected, the model received two main versions, passenger and cargo.

The first, by the way, carries the prefix Tourer, which directly means the destination for passengers. Despite improvements and innovations, the new Mercedes Citan is still a direct relative of the Renault Kangoo.

Only this time the comparison is with a third-generation Frenchman. Now the serial new Mercedes T-Class is presented.

If we look at the new 2023 Mercedes T-Class from the outside, then this is not just a luxurious, improved Citan, but also a small minivan for lovers of outdoor activities and pastime.

The new 2023 Mercedes T-Class received a new front bumper, as well as an updated grille. The novelty is also promised a spacious interior, an extended list of equipment.

In particular, the manufacturer promised to install a digital instrument panel, which is not even in the top Citan configuration.

There is no information about the technical characteristics of the new 2023 Mercedes T-Class yet, it is kept secret.

Although, given previous experience, the novelty may be offered with the same engine as in the latest generation of Citan.

They are shared with the Renault Kangoo, but customized to the requirements of the Mercedes company. The most common will be a turbocharged diesel engine with a volume of 1.5 liters.

In tandem, a 6-speed manual or a 7-speed DCT robot can be installed to the engine. Despite such a list of engine, one should not exclude situations that a hybrid installation can be located under the hood of the new 2023 Mercedes T-Class. The official premiere of the new Mercedes T-Class is scheduled for April 26, 2022.

A little later, the company promises to introduce a fully electric version of this model. Today, this concept is referred to as the Mercedes-Benz Concept EQT.

With a high probability, we can say that the electric version of the 2023 Mercedes T-Class will still be different, both externally and internally.

It is clear that the body of such an electric minivan will be lightweight and many parts will be transferred to electric control.

The manufacturer will do its best to make an electric car in the style of previously presented Mercedes-Benz electric cars.

It remains to wait for the official presentation of the 2023 T-Class minivan with an internal combustion engine to understand how much the premium version differs from the usual modification. 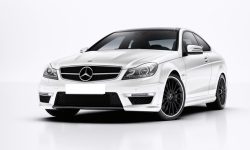 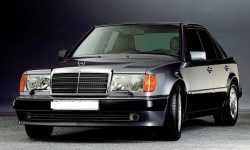 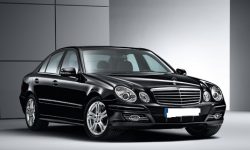