The 2.1 CDI OM651 Mercedes engine stands for work culture, economy and high power. Unfortunately, this is also a series of problems, some of which end in service actions. 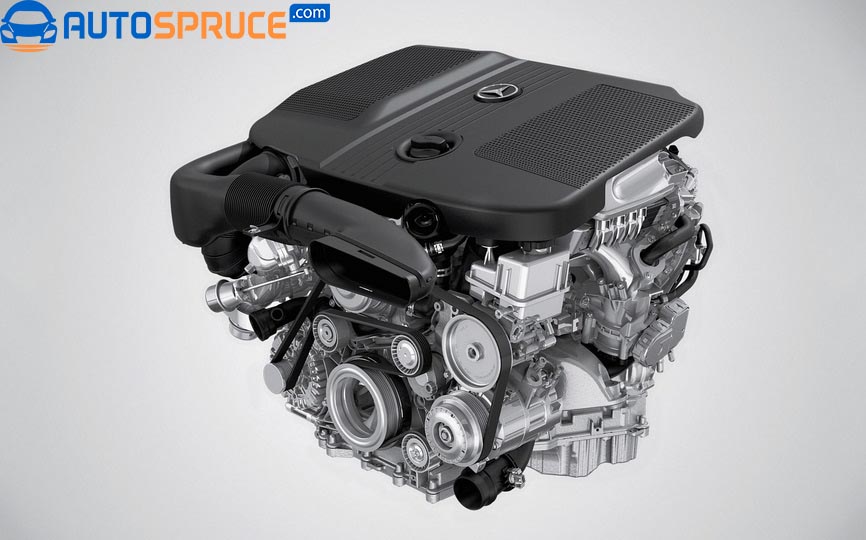 In December 1997 Mercedes entered the era of the modern diesel engine as one of the world’s first automotive companies. The 2.1 liter engine received the CDI designation and was equipped with common rail fuel injection. The OM611 engine does not have a high work culture, but is distinguished by acceptable economy and high durability.

That’s why it has appeared in the range of German brands for 6 years. 2003 is a time for change. Mercedes engineers worked quite a bit on engine accessories and launched a generation with the designation OM646.

A more modern version of the 2.1 liter diesel is chosen by the driver. Unfortunately, this is far from ideal. The elements installed on the block were very emergency. Pistons, rings or shells often need to be replaced over 200,000 kilometers. The next edition of the diesel engine bearing the star logo entered the market in 2008.

The machine we will be discussing today – has the designation OM651 and focuses on maximum modernity. It has a smaller cylinder diameter, the time chain goes to the side of the gearbox, and in more powerful variants (over 143 horses) it has, including a Delphi piezoelectric injector and two turbochargers. Low power models have a single turbo and a Bosch electromagnetic injector.

From the start, the 2.1 CDI OM651 diesel met Euro 5 emission standards. In 2010, engineers upgraded it to Euro 6. The engine was offered in five power variants. The base models have a herd of 120hp, 136hp or 143hp. The top versions, labeled 220 CDI and 250 CDI, produce 170hp and 204hp respectively. Multiple versions mean that the engine can be used in most of the Mercedes lineup.

During 9 years of production, OM651’s 2.1 CDI engine was installed on the following models:

Although in 2008 the modern Mercedes engine seemed to be the pinnacle of technical possibilities, the first black clouds began gathering overhead just months after the premiere. More and more users of cars equipped with 2.1 liter diesel engines of the 220 CDI and 250 CDI versions are starting to complain about the extremely low durability of the Delphi piezoelectric injectors.

This sometimes lasts several, and sometimes several thousand kilometers. Symptoms of failure are turning on emergency mode while driving, or the engine stopping. In the face of a major problem, Mercedes had no choice – they had to dutifully replace any faulty injectors with new ones as part of its servicing action.

Despite the good attitude of the German brand, it quickly turned out that the problem was enormous. At the turn of 2009 and 2010, 4.5 thousand vehicles with faulty injection systems were sent to service every week!

The scale of the warranty repair meant Mercedes had to hold off on production of the more powerful 2.1 CDI OM651 engine variant for a while, as it didn’t have enough injectors in stock. The summary of the corrective action is terrifying. More than 300,000 vehicles appear on the website. The repair costs exceed half a billion euros.

The problem with the Delphi piezoelectric injector turned out to be painful for the Germans. And all of them indicate that it is not completely removed. Where did the application come from? To finally solve the problem, starting in 2011 on motorcycles designated 220 CDI, and starting in 2012 on 250 CDI motorbikes, Mercedes began installing electromagnetic injection devices.

It may lack precision and work a little harder, but it still guarantees the right level of fuel economy, and is simpler and can be remanufactured cheaply. In comparison, the new Delphi injector costs $ 450. Bosch electromagnetic devices can be repaired for 80-108 dollars.

Ignoring the issues with the OM651 CDI’s more powerful 2.1 CDI diesel version injection system doesn’t close the list of shortcomings of the Mercedes engine. Soon it turned out that another defect involved the time chain seal. This oil is leaking in the tensioner area. Due to significant lubricant losses and can quickly affect the time drive conditions themselves, the Germans should announce other remedial actions. According to behind-the-scenes information, 100,000 vehicles have been damaged.

However, leaks are not the only problem with the time chain. This one can also stretch pretty fast. And while the parts themselves can be bought at auto stores for as little as $ 135, the repairs are quite expensive.
Well, the drive is located on the side of the gearbox.

So, for the replacement, the whole machine had to be removed! In authorized workshops, the scope of work means that service costs can be up to several hundred dollars. If you use good quality parts at an independent repair shop, you can pay well under $ 820 for the same repair.

A known problem with the 2.1 CDI OM651 diesel engine is a leak in the cooling system. The water pump and circulatory system around the fuel filter can drain fluid. Particle filter accessories aren’t the most durable either. The differential pressure sensor usually falls first. The original cost over $ 80. At an auto store, the same part can be purchased for $ 40. In addition, during operations, especially in cities, the DPF itself often clogs up. New replacement costs at least $ 405.

While the turbocharger used by Mercedes on the 2.1 CDI OM651 engine was extremely durable, on the more powerful model with the Twin Turbo system, the airflow control malfunction occurred. Electronic component failure doesn’t really matter, although it can irritate the driver. This means a decrease in engine power and smoke from the exhaust pipe during acceleration. Regulators regenerate most often. Repair costs around $ 135.

Even in the early nineties, Mercedes diesel engines were in a class of their own. They even covered one million kilometers without any mistakes. Their strength, however, is simplicity and lack of effort. In the late nineties the situation changed.

Germany focuses on power, work culture and economy. And this doesn’t go hand in hand with durability. Good proof is a machine called the 2.1 CDI OM651. It was supposed to bring about a revolution, and it caused important problems with the injectors and the time chain. Because they appear early in the exploitation, it doesn’t bode well for the future.