The acronym, the name Anglophone, of Latin origin, refers to both historical models and an appreciation for the concepts that define Toyota’s current lineup. 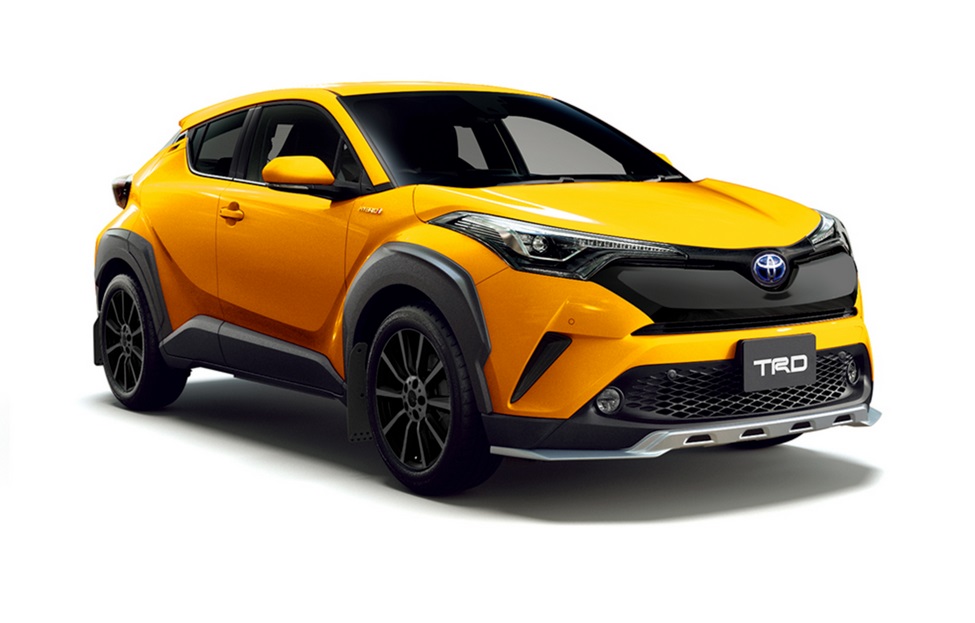 The Toyota family is numerous, varied in concept, in the technology used, in the transmission system and in the origins of its name, among which are proposals that go from Greco-Latin tradition to British inspiration, bypassing the maintenance of the historical designations that have made Toyota what it is today.

Hi-Lux, Great Luxury in English, is the name of the Toyota Pick Up, an iconic car in developing countries, in deserts, forests and forest areas. Unsurprisingly, this is the world’s best-selling pick-up since sixty years ago this interpretation of the work car appeared, lighter than the trucks manufactured by Hino Motors, the commercial vehicle division of the Toyota Group.

Toyota’s smallest SUV responds to the acronym Coupé High Rider and identifies a higher driving position compared to conventional passenger cars in a compact, coupe-inspired body. Like other Toyota, this car is available exclusively in a hybrid version, in this case with two different engines, such as 1.8 and 2.0 and behaves great on the asphalt.

Like the C-HR, the name RAV4 doesn’t appear haphazardly at Toyota, applied to a car that appeared way back in 1994. Functioning as “Recreational Active Vehicle 4”, or the equivalent of a four-wheel drive from recreational inspiration, is fun to drive. Currently it is in the hybrid variant of the 2.5-liter hot engine which has nothing to do with the 2.0 150 hp atmosphere and the four-wheel drive of the original model, also demonstrated by the practical central differential lock.

The inheritance tradition of two models that made Toyota’s history as the 2000GT and AE86 is behind the name Toyota GT86. This coupe means that Toyota is rethinking the excitement, sportsmanship, pleasure of driving based on driving. That’s the theory that Toyota admits, although more than one person will notice a suspicious coincidence with the 2.0 boxer engine that powers it. And the cylinder diameter and piston stroke of this GT is, to be precise, 86 mm.

GR stands for Gazoo Racing, Toyota’s sports division, and the philosophy of a complementary line will gradually span each model in the series. Supra takes a name that is still present in the minds of sports fans in the car. Supra, comes from Latin and can be translated “above”; It was not in vain that he identified a racing sports car, one that exploring its full potential could be a formidable challenge.

Saying Toyota might be synonymous with saying Land Cruiser, the company’s great all-terrain vehicle and one of the few that is currently still available in three and five-door versions (although only the latter was marketed in our country). Toyota technical directors in the mid-50s had the brilliant idea to baptize a car hitherto renamed the Jeep BJ the Land Cruiser and had to change its name for legal reasons.

The Toyota compact has been constant since its original production in 1966. After slipping in the European market, which is marketed under the name Auris, the Toyota Corolla is back on sale in Europe in 2019. The name comes from nature, is written with a single L letter, and matches the inside of the flower, which according to official documentation reflects its beauty.

The pioneer of hybrid technology being applied on a large scale in the auto industry takes its name from Latin, in an interpretation which translates to mean “the first” and has been present in the Toyota lineup since long ago in 1997, mentioning the cutting edge in Concerning research on hybrid technology.

A new name in the sedan line, such as the Camry, has been in the Toyota lineup since 1983, identifying the sedan in the D segment. If that originally meant the Celica’s interpretation of a luxury car. Its name has its roots in the Japanese roots of Toyota, derived from the Japanese term as “Kammuri” – crown, in Japanese.

A young, carefree urban model created as a joint venture with PSA Group, the Toyota Aygo has now reached its second generation. Minor remains of the original model, dated 2005, beyond its name. This one comes from the transcription “I – Go”, I go in English as a reflection of a traditional concept associated with a younger public: personal mobility and a feeling of freedom among them.

Car of the year in Europe in 2000, the Toyota Yaris is battling a global pandemic to be able to release the fourth generation scheduled for 2020, and with hybrid technology as the only motorization proposal. Its name is based on Greek mythology, on the goddess of grace whose name “Charis” was modified to make it more similar, replacing the initial Cha with “Yes”, the German reading of the SI word.

Pro, as a professional, and Ace, as an expert, both in English refer to Toyota’s commercial vehicle, which comes in more cargo variants and another, Proace City, is more city-oriented, with extra attention to passengers.