The Mazda R2 2.2 diesel engine is a classic 4-stroke vortex-chamber diesel power unit, 4 cylinders of which are located in one row, is considered a fairly reliable, but somewhat noisy engine. 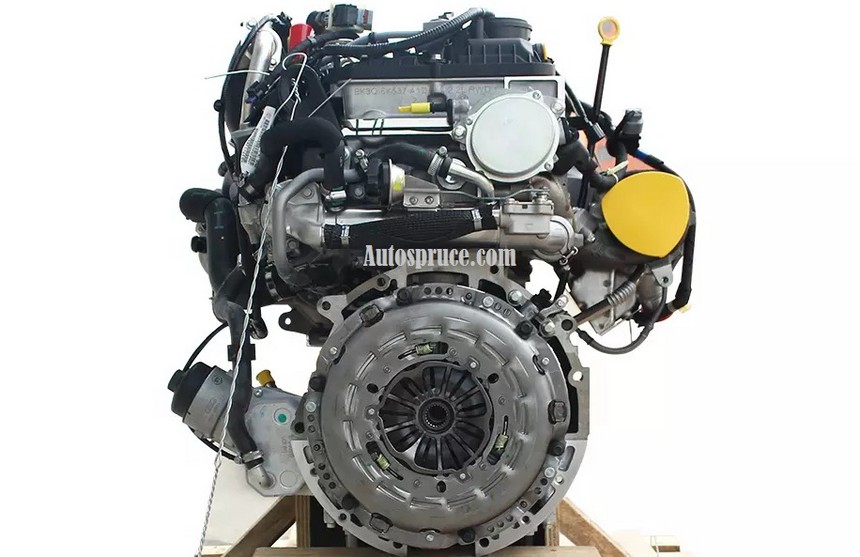 The ONS type gas distribution mechanism with an overhead camshaft and a direct drive of 8 valves (2 valves per cylinder) is assembled in the cylinder head. The thermal clearances of the valves are adjusted with washers.

The gas distribution mechanism and the high-pressure fuel pump (injection pump) are driven by a toothed belt. In this case, the R2 2.2 diesel engine can be equipped with a plunger injection pump of the Diesel Kiki type of distribution type, which is controlled by both electronics (Kia Sportage) and mechanics (Mazda Bongo).

The main task that must be solved by the developers of any diesel engine is to supply a strictly defined amount of fuel to its cylinders. It is solved with the help of a high-pressure fuel pump, which is the main element not only of the fuel supply system, but of the entire power unit as a whole.

The high-pressure fuel pump consists of:

Diesel fuel is supplied to the high-pressure fuel pump by means of a fuel pump. At the same time, the volume of the supplied fuel significantly exceeds the amount required for the normal operation of the engine.

The plunger pair of the injection pump regulates the amount of fuel and distributes it to the engine cylinders according to the diagram (see the table), and the excess fuel is drained back into the tank through the drain fitting.

The solenoid valve is connected to the ignition lock and when the key is turned to the “Off” position. cuts off the fuel supply to the plunger pair of the injection pump. At present, taking into account all the stricter environmental requirements, distribution injection pumps are equipped with electronic control units, which provide accurate adjustment of the dosage of fuel entering the cylinders.

This not only reduces the toxicity of the exhaust, but also increases the power and smoothness of the engine. They also regulate the operation of the EGR valve (exhaust gas recirculation).

Maintenance of R2 2.2 diesel engines is reduced to regular replacement of consumables (oil, filters, belts, etc.), as well as regular checks of the main elements that ensure the trouble-free operation of the power unit. Wherein:

In addition, it is necessary to regularly check the condition (after a certain number of kilometers of run):

If defects are identified, they must be eliminated.

Typical problems of the Mazda R2 2.2 diesel engine are summarized in the table.

Mazda R2 2.2 diesel engines have a number of advantages over gasoline counterparts. They are more economical and not picky about fuel quality. However, one of the significant disadvantages of diesel engines, compared to gasoline ones, is their low power. Therefore, the question of increasing the latter sooner or later becomes before each owner of a car with a diesel power unit.

Carrying out work related to increasing the power of the diesel engine is associated with a fairly large volume of work and their considerable cost. In addition, it is necessary to have experience in performing complex metalworking and mechanical assembly works.

Therefore, to perform them with 100% certainty of obtaining the expected result, it is best to contact specialized tuning studios that can offer various ways to increase the power of diesel engines.

In particular, for power units of the Mazda Motor Corporation it is offered:

Chip tuning (changing the power characteristics of the engine without mechanical intervention) is possible by installing a special controller (CHIP), which will change the pressure characteristics in the diesel fuel supply system. With the help of chip tuning, the engine power can be increased by about 30%.

Turbocharging is considered one of the most efficient ways to increase the power of a diesel engine. However, it is impossible to do without the modification of the motor design.

Following a long-standing tradition, many Japanese automotive companies aggregate their vehicles with powertrains of their own production. Such a well-known company as Mazda Motor Corporation is no exception.

At the same time, the range of manufactured motors includes gasoline, diesel and rotary engines. Among the diesel engines produced by the company, the most common is the r2 diesel engine, which was installed on the Mazda Bongo van from 1983 to 1999.

The popular Mazda Bongo minibus served as a prototype for a number of similar models produced and sold in South Korea, Australia, the United States and other countries. Within the framework of licensing agreements, R2 2.2 diesel engines were also installed on them. 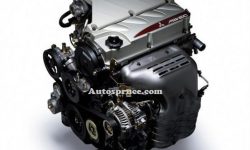