For 8 years, the Mazda 6 has undergone two visual upgrades, combined with the current removal of “childhood” ailments, in this case mainly improving the soundproofing of the interior, redesigning the multimedia system and updating the list of standard / optional equipment. 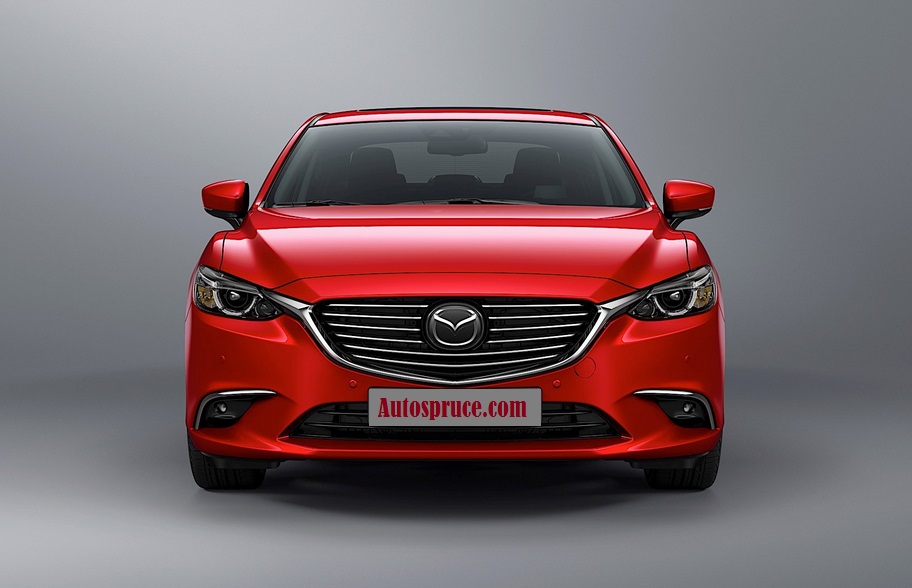 The high reputation of the Mazda brand did not allow the Japanese manufacturer to rest on its laurels. The previous incarnations of the “Six” were famous for their successful gasoline engines and precise steering, but their image was blemished by significant problems with corrosion and the diesel engines that were then “on the top”.

For a long time, Mazda could not find a balance between frugal nature and reliability. In the third generation produced so far, problems with timing chains and DPF filters have been eliminated, but new ones have appeared, fortunately they are efficiently removed under the guarantee of ailments. Unlike its competitors, Mazda extended the wheelbase not for the station wagon but for the sedan. The popular liftback has disappeared from the offer, a 4 × 4 version has appeared (without additional covers and increased ground clearance).

It is widely known that Mazda follows its own car design path, which can be described in one word: SkyActiv. The Mazda 6 III is built with this technology, focusing on the maximum combination of engine efficiency and moderate fuel consumption. Mazda believes there is no need to resort to downsizing to achieve something like this. Under the hood of the “Six” there are naturally aspirated petrol varieties which, thanks to several treatments, turn out to be sufficiently dynamic and relatively economical. But are they as trouble-free as older Mazda designs? Here are opinions about the third incarnation of the Mazda 6.

The ordered Mazda command center does not distract the user while driving. Most functions have a specific button and the touchscreen cannot be operated while driving: it only unlocks when you stop. You can use a knob located between the seats (something like the iDrive controller in BMW).

After the facelift (2015), the top of the cockpit was remodeled, leaving the characteristic middle screen protruding at the top, this time fully touchscreen. Mazda has made significant progress in the choice of finishing materials: a lot has a nice-to-the-touch, soft texture. Their assembly is also decent. The traditional handbrake lever can only be counted on in pre-facelift cars – later it was replaced with a lift button.

Mazda 6 owners almost “like one man” criticize its front seats, mainly for the seat being far too short : the lack of adequate thigh support leaves its mark on long journeys. Mazda made some adjustments with the car facelifts, but they did not help much. The question of the location of the front armrest is also debatable.

With a record-breaking wheelbase (283 cm), the sedan boasts excellent legroom, while the station wagon offers headroom. Its trunk will fit 522 l quite good in this class. In terms of the finish and shape, there is nothing to fault here, unlike the sedan, which has not only a smaller ( 480 l), but also a constant trunk. Plus for a convenient system of folding the backrests of the sofa with levers from inside the luggage space.

Contrary to the current trends, Mazda is actively investing in the development of naturally aspirated engines. Two were placed under the hood – with a capacity of 2.0 (145/165 hp) and 2.5 (192/194 hp). They are characterized by a high compression ratio and the presence of direct fuel injection, thanks to which they develop power pleasantly and do not consume much fuel, even in urban conditions (approx. 10-11 l / 100 km). For selected markets, Mazda has planned an engine that is somewhat inconsistent with its idea, namely a 2.5 with a turbocharger.

It generates 231 hp, but accelerates to 100 km / h in just a second better than the uncharged variety. The case of turbodiesels is interesting, as they are all supported by two turbochargers. Over the years, the 2.2 SkyActiv-D unit developed 150, 175 and 184 hp and was the only option to combine with 4-wheel drive. The automatic gearbox (6-speed) could be combined with any engine at an additional cost, as standard it was only available for the gasoline 2.5.

Some users complain about the impetuous nature of naturally aspirated gasoline engines (compared to e.g. the TSI variants in Volkswagen). However, their reliability should be put on the advantage side.

Due to problems with older Mazda turbodiesels, customers were cautious about this generation of the Sixes. Unfortunately, the initial batches of these units were not free from serious faults (more on them later).

The problems with turbo diesel were also felt in this model. This time it is about wearing out camshafts in 2.2 engines manufactured until mid-2013. The resulting metal filings got into the oil and lead to the seizure of the drive units. Before buying, it is worth finding out if a specific copy is not subject to a service action aimed at eliminating this ailment.

Besides, in these engines the dual-mass flywheel “gives up” quite quickly. After exceeding 150,000 km, we may have to replace it, and the element costs $550-$800. In addition to these ailments, Mazda faults are limited to the defective electronics (including a non-working Bluetooth module) and leaking door and boot lid seals. It should be more of a concern that the Mazda 6 enjoys continued popularity among thieves. In this case, it is worth investing in additional anti-theft protection.

Mazda’s automatic transmissions have been working flawlessly so far. The fact that it is a classic “automatic” (not a continuously variable / dual clutch transmission) has a good effect on the subsequent servicing costs.

Less than $10,500 doesn’t have much room for maneuver – it’s a diesel engine that’s already driving approx 200,000 km. A wider selection of cars is only available from a level of at least $13,300, while the optimal budget for the used Mazda 6 III is $15,800-$18,500. It’s still a production model, so the upper limit ends with the amount you’ll have to pay for a new car from the showroom: annual Mazdas with a few thousand mileage km the price is up to $39,500. As many as 4 of the 5 “Sixes” on display are gasoline-powered, the distribution between the sedan and the station wagon is similar.

Where is Mazda 6 VIN number?

The VIN Mazda 6 is stamped on the floor in front of or next to the passenger seat. It is also located on the plate on the right central pillar.

Once again, Mazda 6 failed to avoid mishaps, but you can turn a blind eye to them after verifying the overall level of reliability of the third generation of the “Six”. Its prices are prohibitive, although they drop noticeably from year to year. For the time being, it does not announce the premiere of the successor, so even users of 8-year-old cars can be proud of the fact that they have a currently produced model.

Jasmine Lee
0
The Hyundai Getz is a relatively young car at a very reasonable price with above average reliability. This article is about answering some customers,...