Here is the Mazda 3, the car that we are going to x-ray this time is a bit less popular than Toyota Corolla or Honda Civic, but it is much more fun to drive. 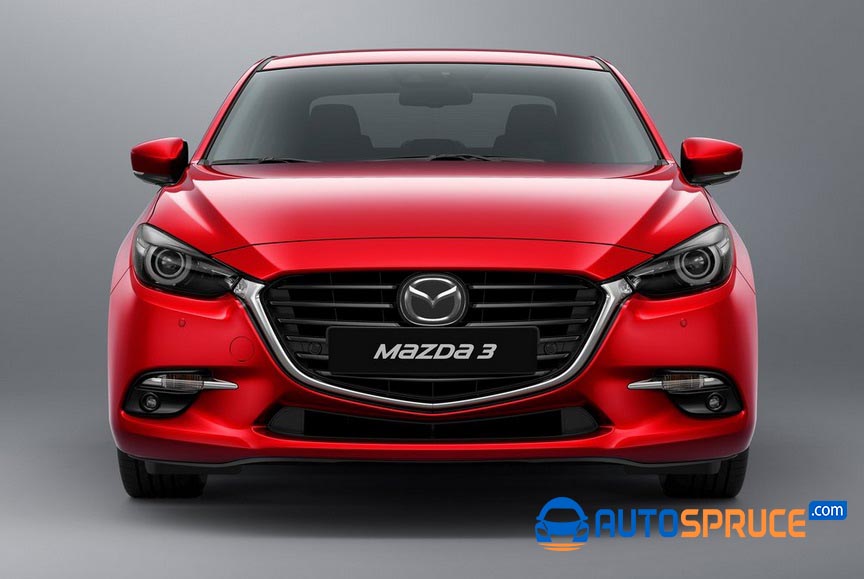 Mazda 3 made its debut in 2003 as a 5-door hatchback, but the Japanese never decided on a 3-door version of this car. A year after its premiere, Mazda introduced the sedan to the world, and in 2006 the car underwent a slight facelift.

Exactly in 2007, the 143-hp 2.0-liter diesel developed by Mazda joined the engine range. In 2008, the official importer of the brand appeared in US, and a year after this event, the second generation of the compact Mazda debuted on the market.

In Mazda 3, regardless of the version, the drive is transferred to the front wheels by a 5 or 6-speed manual, or a slightly sluggish 4-speed automatic. McPherson struts are used in the front suspension, while in the rear there is a multi-link axle.

What is the reliability of the Mazda 3 engine?

When it comes to gasoline engines, we can safely recommend each of them, except for the 2.0-liter 150-horsepower R4 engine, although it is worth remembering that in each copy with a higher mileage, the ignition coil or one of the sensors may fail.

Why are we advising against the 2.0 liter version?

Because here there can be a problem with the variable length system in the intake manifold where its flaps start to make noise.

Such a defect is manifested by a characteristic noise coming from under the hood, the cost of replacing the collector with a used one is about $ 270. It should also be remembered that in the most powerful version of the MPS there are problems with turbochargers and the variable valve timing regulator, but such failures occur rather sporadically.

What about diesels engine?

Mazda 3 diesel units are not particularly successful designs, so we advise you to avoid them.

First, a 1.6 liter Ford engine. Typical faults of this engine are damage to the EGR valve or the flow meter. The rubber pads under the injectors are also unstable, the defect of which is manifested by the loud work of the power unit and the smell of exhaust gases in the cabin. In some models there is also a problem with the radiator fan switch. In addition, in cars with higher mileage, the injectors, dual-mass flywheel, and even the turbocharger may be defective.

Due to improper fastening of the fuel lines, they become worn over time. It is also worth remembering about the FAP particulate filter, in which every 60,000 km you need to add a fuel additive to reduce the soot combustion temperature in the filter. The cost of such a procedure is from $ 135 to $ 270.

What is the problem of 2.0 liter CD engine?

The biggest problem of this engine is the clogging of the oil dragon, which we wrote more about here. In addition, in cars with higher mileage, the high pressure pump, injectors, dual-mass flywheel and turbocharger may fail.

Here, too, there is a diesel particulate filter only, not FAP, but DPF. According to the manufacturer, this one is supposedly non-replaceable, and it does not require a fuel additive. However, if we use the car in the city, we will quickly clog it up by burning soot particles.

The biggest problems of the Mazda 3 is corrosion, which occurs, among others, on the rear wheel arches and the floor of the car, which shows a rusty coating. The loss of power steering and a loud hum coming from the steering system area indicate that it is damaged, this problem occurs in models with electrohydraulic power steering.

Fortunately, this failure does not occur in the Mazda 3 with 1.4 and 1.6 petrol engines and in the 2.0-liter diesel version, where hydraulic assistance was used. A year ago, Mazda carried out a remedial action and the problem was finally resolved.

How is the suspension?

Here, mainly connectors and rubber stabilizer need to be replaced, and in more worn-out examples, the wishbone bushings.

Mazda 3 is one of the least emergency cars in the C segment, but trouble-free operation will largely depend on the engine that we choose. If we decide on a gasoline engine, we will only visit our mechanic to check and replace the operating fluids. Those who choose diesel will have to prepare for much larger expenses.