Mazda’s 2.0 Skyactiv-G engine runs on the Atkinson cycle, burns gases like diesel and has direct fuel injection. Is the advanced technology from Japan also durable? This is an important question from our point of view. 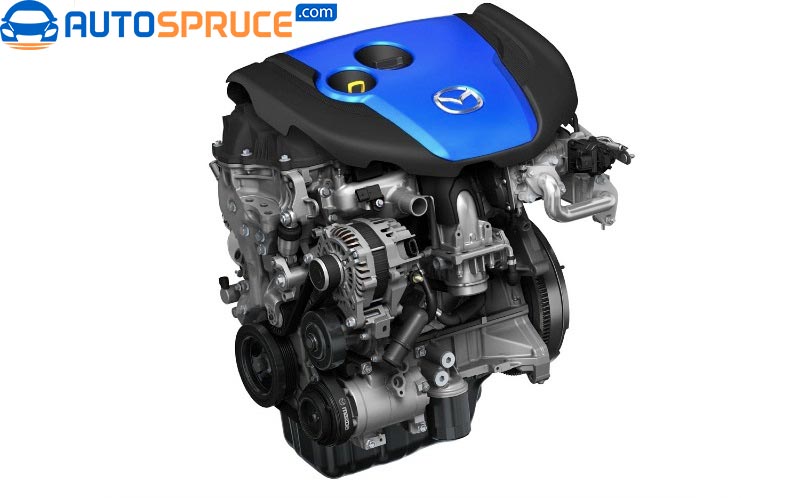 In 2012, Japan introduced a new type of gasoline engine. Mazda’s 2.0 Skyactiv-G engine is quite revolutionary, because even though it doesn’t offer supercharging, it has direct injection (multi-hole injectors) and an incredibly high compression ratio of 14.0: 1.

Apart from that, the power works a bit like a diesel engine. Due to the high pressure and temperature, gasoline can ignite. The key to success is also eliminating knocking – achieved with a new piston shape and a longer exhaust manifold to prevent additional heating of the block.

But the list of innovations for Mazda’s Skyactiv-G engine doesn’t stop there. Because these machines work on the Atkinson cycle. This is also the same that many Toyota hybrids use. Not closing the valve at the start of the work cycle ensures the high efficiency of the gasoline engine.

In addition, some versions of the Mazda 6 are equipped with the i-ELOOP system. It is a Formula 1 inspired solution that restores kinetic energy while driving. Mazda’s 2.0 Skyactiv-G engine is 1998cc, inline four-cylinder, time chain, cylinder head and block made of aluminum.

The performance characteristics of the Mazda 2.0 Skyactiv-G are quite specific. Although the engine is naturally aspirated, it can have a power of up to 165 horsepower. In addition, it has flat torque and offers good dynamics, especially at low speeds.

When a car is driving on the highway, for example, the acceleration becomes slower. Especially when the driver decides to use an automatic transmission when setting up the vehicle – even if it has pedals, it does not allow the driver, for example, to reduce the gear ratio in every situation. Advantages? 2.0 Skyactiv-G engine is quiet and petrol is very economical.

Finally, a fundamental question arises. How does this 2.0 Skyactiv-G petrol engine work in practice? In order to find out what kind of engine failure problem Mazda’s Skyactiv-G 2.0 looked like, I looked through the fan forum of the Japanese brand. Conclusion? The post mainly contains information on three types of errors.

And this only proves that the Japanese engine can be very durable. How to keep it in good condition? Of course, through regular servicing – Mazda recommends changing the oil and filter every 20,000 kilometers or once a year.

How does Mazda’s 2.0 Skyactiv-G engine predict the future? There are two main problems, potentially and from an operational point of view. This is undoubtedly a very durable structure. However, this means it is difficult to rely on a variety of parts.

As a result, spare parts such as the pneumothorax valve may be available primarily at the Dealer in the original form which is very expensive. Also, keep in mind that the Japanese engine still has a modern and unusual design. Thus, not all mechanics know about it and not everyone can fix it.

Several years have passed since the launch of Mazda’s 2.0 Skyactiv-G engine, and the unit was installed in a series of popular models. He is optimistic that so far there is not much information about the excessive failure rate of the structure.

And because the engine offers satisfactory performance and low fuel consumption, it is one of the recommended gasoline engines to buyers in the after-sale market.