Lotus was founded in 1952 by Colin Chapman. He built both sports and racing cars. The Lotus Team Lotus racing car branch was active in Formula 1 from 1958 to 1994. Lotus won the title in this sport seven times.

In the early years, Lotus Cars also supplied its sports cars as a kit. The Lotus Seven in particular was a great success. Lotus sold the rights to it in the early 1970s, when it went upmarket, to Caterham, which still produces the model. At the time, the Lotus cars were characterized by their low weight, backbone chassis and plastic body. The cars of the Dutch Donkervoort were originally also based on the Lotus Seven.

In 1983 Lotus was almost bankrupt for various reasons. The company was owned by General Motors in 1986, which sold Lotus in 1993 to Romano Artioli, who also owned Bugatti at the time. In 1996 the Malaysian Proton acquired a majority stake in Lotus and that is still the case. 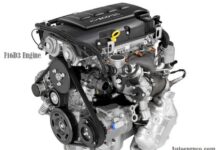