The Lexus RX I (1998) was one of the first luxury SUVs to respond to the first generation Mercedes M-Class W163. The next car disclosure was presented in 2004 at the North American International Auto Show. The car was designed by Hiroshi Suzuki, and work on the project started in 1999. The body is based on the XU30 platform. 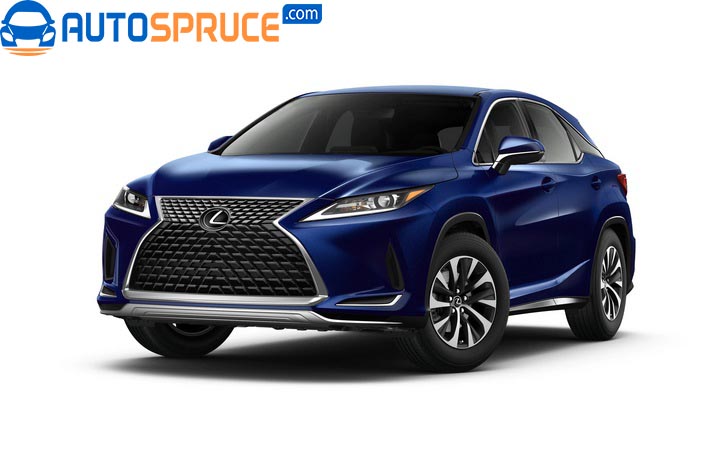 In the large and prestigious SUV segment, the choice of cars is huge, from the Volvo XC90, to the Mercedes M-Class or the BMW X5, and ending with the Range Rover. An attractive alternative to European proposals in this segment is the Lexus RX – one of the first series production SUVs with a hybrid system.

In 2007, the structure was modernized, changes appeared a year later in the units sold. What modifications were made? The radiator grille has been renovated, the fog lamps have been changed, and in addition, chrome door handles have appeared on the doors. The offering has been complemented by a new body color and rim pattern. The car was produced until 2009 at two factories in Canada (Cambridge) and Japan (Miyawaka). The car was also offered as a Toyota Harrier.

The Lexus RX has all-wheel drive (an FWD version is also available), but that doesn’t mean that it will be great for off-road touring. If you don’t want to improve the suspension and drivetrain, it’s better to avoid driving off asphalt. Don’t rely on off-road properties, the RX is a distinctive luxury boulevard.

This offering includes two transmissions, a 6-speed automatic and a continuously variable CVT. The front suspension uses MacPherson struts and the rear has an independent wishbone system. To increase riding comfort, an air spring is used here, which is offered only as an option. Security? The American organization IIHS rated the frontal collision safety level as good, while the test was much worse for the seat, which badly protects the backbone of the passenger.

Could the combination of an internal combustion engine and an electric engine cause problems? If you rely on direct engine offerings from the Mercedes M-Class or BMW X5, you will be disappointed. Not only are there not many power units here, you won’t even find a single diesel under the hood of the Lexus RX. Petrol vehicles can afford longevity for this, although the base version of the RX 300 has problems with excessive engine oil consumption – this was especially true for the unit from the start of production.

When deciding on a hybrid, you also have to take into account the fact that the battery will not last forever, and the electronics that control the management of the hybrid system like to play tricks. Although this type of problem is somewhat rare, it is better to be careful and careful to check the selected copy before buying it at an independent service that knows very well about hybrid cars or in an authorized repair shop.

While no engine is less flexible and will easily overtake anything you come across on the road, the RX 300’s performance is definitely a letdown. The base version with the 3.0 liter engine pushed the Japanese SUV to the top 100 in 9.0 seconds, too slow by today’s standards. On the other hand, at the time, the competition had a much slower version (for example, the Mercedes ML 230 or Volvo XC90 D5), so it wasn’t that bad. However, I recommend buying a more powerful engine.

What on the Lexus RX wears out the fastest? First of all, the front suspension, in which you have to first replace the metal-rubber elements on the arms, then the shock absorbers. If you have decided on a car with air suspension, the service costs will be much higher. Wheel bearings, unfortunately, don’t last long either.

Due to the large weight of the car, it is necessary to take into account the frequent replacement of brake pads and discs. The like-clogging rear calipers cause many problems in operation. There are also cases of fluid leaks from the cooling system, as well as engine oil leaks from the oil container area. The power steering is also not tight, and in some cars the pump system needs to be replaced. Sometimes cruise control refuses to comply.

Lexus RX users have complained about the problem of the headlights not fitting properly (they break easily on too smooth latches), the xenon leveling also suits their mood. When inspecting a car, it is necessary to pay attention to the condition of the exhaust system hanger. It’s true that replacements are not that expensive, or even more troublesome, but no one wants the exhaust to stop while driving. Also, in most cases water leaks into the trunk, fortunately not a serious problem.

If you accept all these shortcomings, you will enjoy: rich equipment, high driving comfort, above-average reliability, perfect soundproof interior and, of course, the car’s uniqueness.

The Lexus RX, as befits a model from this brand, does not break down too often, but if something is damaged it won’t be cheap. There’s no reason to rely on the reasonable maintenance costs of Japanese SUVs, even if you only need to replace consumables. There are also expensive visits to gas stations.

When choosing an RX, you have to understand: less precise steering, less sophisticated styling, weak brakes or questionable quality of interior trim materials.