The descriptions of the 2.0 CRDi D4HA engines from Kia and Hyundai can be summed up in three words. Modern, dynamic and durable. Drivers have seen this for the last decade. 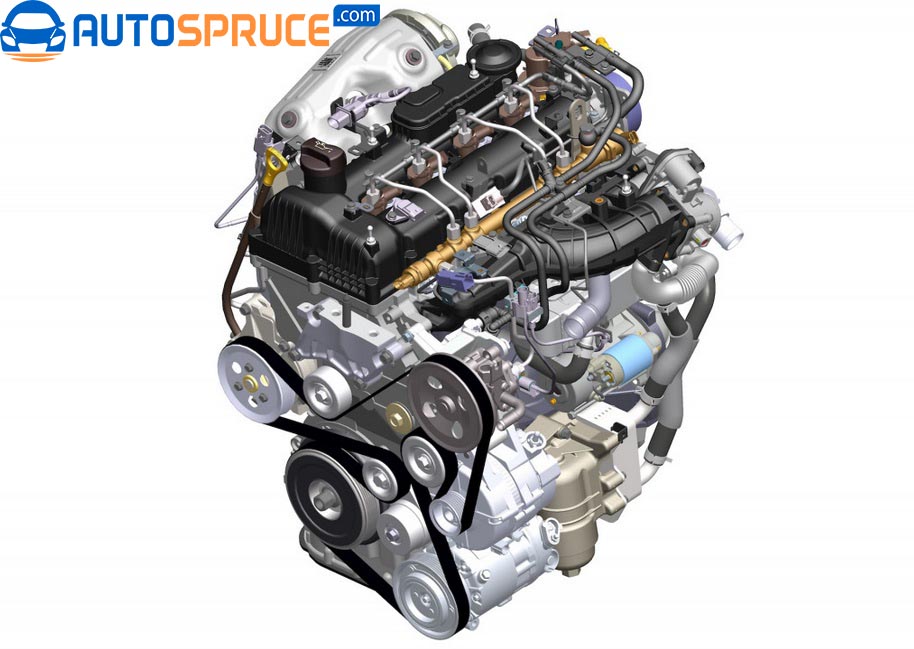 At the end of the first decade of the 21st century and with the premiere of models such as the Kia Sportage III and the Hyundai ix35, the Koreans introduced new diesel engines. The 2.0 CRDi engine comes from the R series and receives the designation D4HA. It should be noted that the design is not a development from its predecessor which was introduced to the market a decade earlier.

The 2.0 CRDi D4EA engine is a unit made by the Italian company VM Motori and does not enjoy the best opinion among drivers. What are the technical details of the new diesel? It is 1.995cc, 4 cylinder and 16 valve. For example, turbochargers with variable blade geometry have become standard.

The advancement of the 2.0 CRDi D4HA engine technology is also expressed in terms of performance and emissions. The piezoelectric common rail injector takes care of the former – a third generation device made by Bosch is used.

Thanks to them, the power is increased to 136 or 185 horsepower. In addition, the Korean side installed a diesel particulate filter on the 2-liter diesel engine which protects exhaust emissions according to Euro 5 standards. This modern engine, unlike its predecessor, also has a different designed timing drive. It was really a chain, not a belt.

The Kia and Hyundai 2.0 CRDi D4HA diesel are paired with a 6-speed manual or classic 6-speed automatic gearbox. Other gear doesn’t really like two things. First, negligence in service, and second, high mileage.

A well-maintained engine, although slightly limiting the car’s performance, has basically no drawbacks. In addition, the 185-hp version was paired, for example, with four-wheel drive.

From an operational point of view, the 2.0 CRDi D4HA diesel was praised by drivers primarily for its high work culture and economy. In addition, this unit is characterized by a high failure rate.

There have been cases where service units regularly covered 350,000 or even 400,000 kilometers without much difficulty. What is meant by regular service? First of all, change the oil and filter. It is best to repeat the procedure once a year, or every 15,000 kilometers.

All in all, there was a failure on the 2.0 CRDi D4HA engine. What is the problem? Typically, more than 100 thousand kilometers of pulley on the crankshaft cannot stand it. However, replacements are often carried out under warranty – in Kia’s case, the manufacturer’s warranty lasts up to 7 years! In addition, on models operated mainly in cities, it is common for double-mass wheels not to last more than 180,000 kilometers.

In this case, the driver will have to cover the cost of repairs out of his own pocket, and this is not cheap. New double mass cost over $ 550. Plus clutch and labor costs. The final problem concerns particle filters, which urban use dislikes.

The 2.0 CRDi D4HA engines from Kia and Hyundai are a perfect example of the fact that Korean companies did their homework on the European market in the nineties. The brand chooses technology that is simple but proven and focuses on quality.

Effect? They managed to create a fairly powerful diesel, which is characterized by good performance and high durability. The result, fits perfectly under the hood of the volume crossover, which had been a sales hit on the Old Continent.