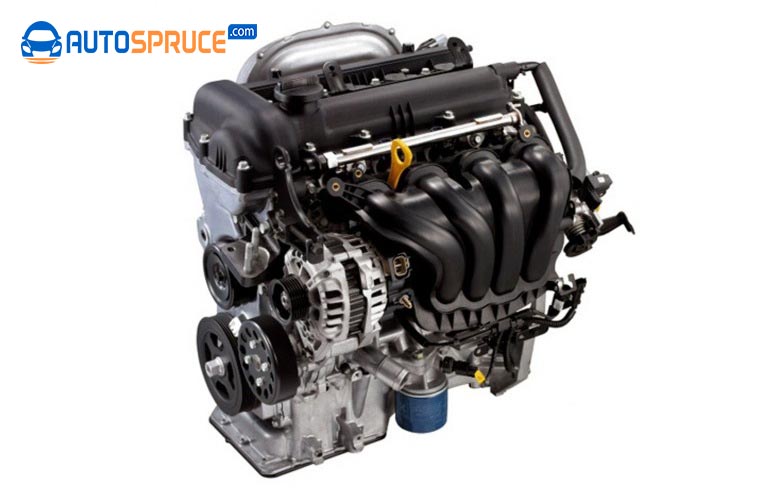 The presentation of the first generation Cee’d to the Kia lineup and the i30 to the Hyundai lineup are historic events. Because? This was determined not only by the sales success of subsequent models, but above all by new technological approaches. The cars were designed in Germany and equipped with a new family of Gamma engines. Their production is located in Hungary. One of the key members of this clan is the 1.4 MPi engine known as the G4FA.

It is one of the most popular C-segment engines in the Kia and Hyundai lineup. To what extent is it recommended? The naturally aspirated structure guarantees a low failure rate. Unfortunately this engines also has its drawbacks. What?

Kia and Hyundai Gamma G4FA engines with capacities of 1,396 cc, 4 cylinders and 16 valves. The engine also has variable valve timing and multi-point injection, and timing drive is based on a chain. 1.4 MPi petrol was installed throughout the hit sales chain. The Kia range spans three generations of Cee’d and Rio.

In the case of Hyundai, petrol uses three versions of the i30 and the smaller i20 hatchback. Where did such popularity come from? After all, the 100 HP design doesn’t offer great performance. However, there is another advantage that drivers really appreciate. A perfect example is a trouble-free LPG installation.

The 1.4 MPi G4FA Gamma engine design from Kia and Hyundai is very simple. And this makes the unit completely trouble free during operation. Uptime confirmation can be found on the aftermarket. As much as a third of the Cee’d II used is powered by a naturally aspirated gasoline engine.

What are the possible failures of this 1.4 MPi G4FA Gamma engine? The stepper engine can be the first to give up. The error has appeared at a distance of 3 – 4 thousand kilometers. The symptom is turnover fluctuation, and the replacement itself is usually handled under warranty. With a distance of 160 thousand kilometers, the first problems with the ignition coil may arise.

How can you recognize them? The engine usually loses power, or the controller goes into emergency mode. The coils are relatively cheap – prices start at almost $ 20. Plus, replacing them doesn’t pose a big problem. As well as changing the oil every year or every 15,000 kilometers, drivers should regularly check the tension of the time chain. Koreans recommend repeating this procedure every 100,000 kilometers.

Camshaft stretching is rare on the 1.4 MPi G4FA Gamma engine. On the other hand, the chains stretched on Kia usually don’t make a sound. And since the error is practically asymptomatic, there is a high risk that it will break the chain, destroy the machine and repair it worth several thousand dollars. Control in this perspective will reassure the driver and ensure that the engine is fine, and on the other hand, it will be a cheap solution to prevent costly failures.

The 1.4 MPi G4FA Gamma engines from Kia and Hyundai are “old school” engines. It is naturally aspirated, has less hassle and has a low fatigue rate. And these are all features which, on the one hand, make it possible to adapt to LPG cheaply, and on the other hand, reduce the number of potential errors to a minimum. So can this engine be recommended? If the rider is willing to sacrifice performance, that must be it.