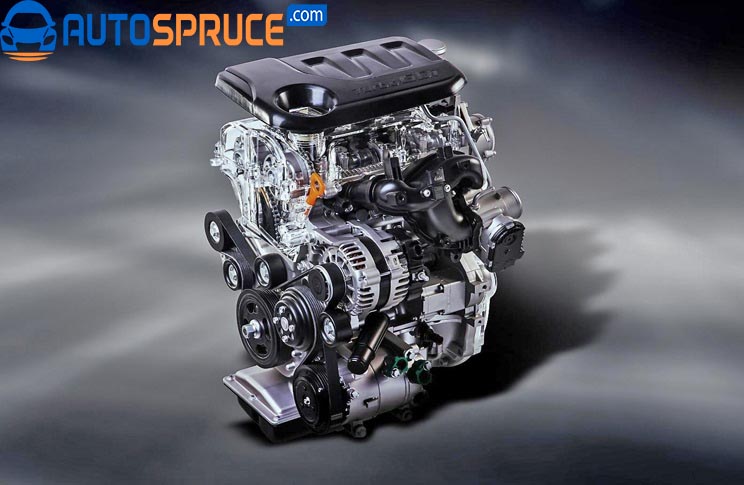 The history of the G3LC petrol unit in the Kia and Hyundai ranks began in 2011 with the presence of the liter engine with multi point fuel injection. The nearly 70 HP 1.0 MPi engine laid the groundwork for further development work. And although the petrol engine was not very powerful, it was quite modern in its time and segment.

Example? It has a 3-cylinder head and a dual variable valve timing system. Presentation of the 1.0 T-GDi / MPi engine took place in 2014. The engine belonging to the Kappa III family, received the designation G3LC and was displayed at the Paris exhibition.

Hyundai and Kia engineers focused on aluminum blocks and cylinder heads for the 1.0 T-GDi / MPi petrol engine. The head in relation to the 1.0 MPi unit has been fundamentally rebuilt. The idea is to not only make room for the direct injector, but also to install a water-cooled exhaust manifold, for example.

What do they provide? They speed up the engine warm-up time, but also reduce the thermal load acting on the turbocharger. Talking about the turbo, the Koreans installed a simple compressor with electronically controlled valves in the G3LC engine.

A very important innovation in the 1.0 T-GDi / MPi Kia engine has to do with the cooling system. Korean engineers use separate channels for the block and head. The thermostat is also separate. In this way, the beam can operate at higher temperatures and head at lower temperatures.

As for the injection system, the 3-cylinder gasoline engine uses an injector with six injection holes. What’s more, this high-pressure pump is capable of delivering fuel to cylinders with pressures up to 200 bar! Units arranged in this way have a capacity of 998 cm3 and 12 valves. The compression ratio is 10.0: 1.

As standard, this unit is paired with a manual transmission. Optionally, eg. In the C segment model, it can be equipped with an automatic machine. Of course, we are talking about a 7-speed DCT dual clutch transmission. The 1.0 T-GDi / MPi Kia and Hyundai engine oil holds 3.6 liters of oil. Replacement must be done once a year or every 15,000 kilometers.

The 1.0 T-GDi / MPi Kappa engine G3LA / G3LC from Kia and Hyundai has been in the market for 5 years. This means you can start to comment on its staying power. What bothers the driver at first? This problems mainly complains about high noise levels while driving and a large amount of vibration.

Clutch work is annoying too – the clutch can jerk when starting and changing gears. Besides, the unit was definitely not that emergency. It is a delicate structure that should easily cover about 200,000 kilometers. Only above this limit the first error of the accessory will appear.

What is the problem of 1.0 T-GDi / MPi Kappa engine G3LA / G3LC? Problems that often occur, especially in the radiator. It is very perishable on most Kia and Hyundai models. And such a flaw could end tragically for the 1.0 T-GDi / MPi petrol engine.

Weak cooling means overheating, and overheating has been associated with a major overhaul of the power unit. This one, due to the high cost of labor and the fact that parts are currently available primarily in genuine form for sale at Dealers, will not be very profitable.

The 1.0 T-GDi / MPi Kappa engine feels very smooth. It’s a modern design that combines power with a decent level of economy. On the other hand, progress shows one more thing.

This motor is bound to get very fragile at higher mileage. Above 200,000 kilometers, it will get faulty in the supercharger, injector or clutch. And anyone looking for a used Hyundai or Kia car with the 1.0 T-GDi / MPi Kappa engine should keep this in mind.