The company we know as Jaguar was founded in 1922 by William Lyons and William Walmsley. It was called Swallow Sidecars and, as the name implies, built motorcycle sidecars. In 1934 Lyons only continued the company under the logical abbreviation SS at the time and concentrated on the construction of (bodies for) cars. The SS Jaguar appeared in 1935.

For obvious reasons, the company name was changed in 1945. Jaguar was the new brand name and the car manufacturer achieved great success with sports cars and luxury sporty sedans, for which Lyons often designed the bodywork themselves. Major successes in motorsport were the victories at Le Mans in 1951, 1953, 1955, 1956 and 1957.

In 1960 Jaguar took over the English prestige brand Daimler and used that name for its luxury top models. Through various mergers and acquisitions, Jaguar ended up in the British Leyland Motor Corporation, which was nationalized in 1975. Jaguar languished, was eventually privatized again in 1984, and has thrived ever since. In 1990 Ford bought all shares of Jaguar. Since Ford also bought Land Rover in 2000, Jaguar and Land Rover have been very closely intertwined. In mid-2008, the Indian (steel) giant Tata took over Jaguar Land Rover. 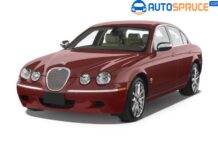 Jaguar Jasmine Lee
1
What do you associate the British brand Jaguar S-Type with? With prestige? With luxury? Or maybe with a heavy failure rate? To dispel all... 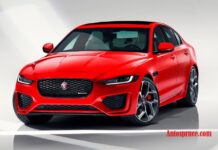 Jaguar Jasmine Lee
0
The 2021 Jaguar XF is the restyling of the second generation of the British sedans, which comes with slight aesthetic changes, a renewed technological...