The current Honda Concerto is almost a white crow among collectors. It is getting harder and harder to buy this model, and the aftermarket is almost non-existent. The Concerto was replaced by the Accord and Civic models. Cars, however, have an edge that is hard to beat when it comes to operating comfort. 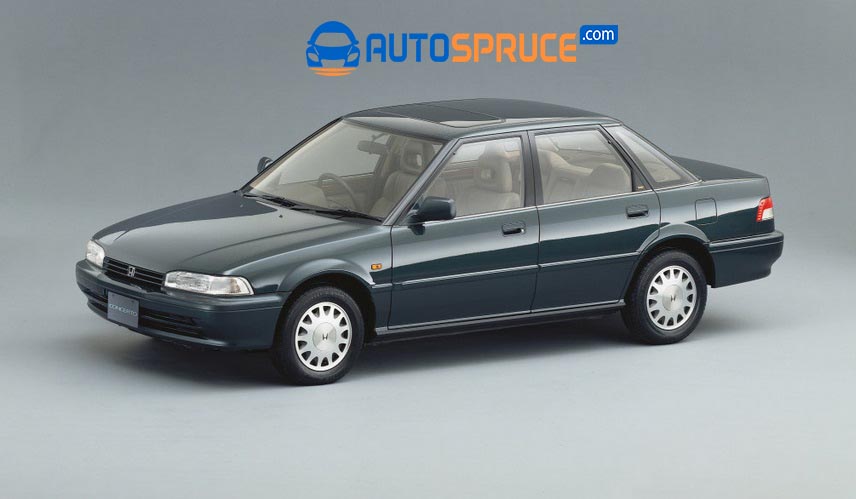 The car is the result of a collaboration between Honda and Rover. Previously, the two companies had united to form the Honda Ballada, Triumph Acclaim, Rover 200, Rover 800 and the first Honda Legend from 1986.

The Honda Concerto replaces the Ballade. Production lasted from 1988 to 1994. The Concerto design was based on the floor plates also used in Civic production.

The Honda Concerto was built simultaneously at two locations: at the Longbridge plant in Great Britain and at the Suzuka plant in Japan. However, they are not the same car. The Japanese Concerto has two wishbones in the front suspension, and an English one – the MacPherson strut. The difference was also in Europe that sales of the Concerto began a year later: Japan – 1988, Great Britain – 1989. On the old continent, you could get the Concerto with a liftback body.

Depending on the country of production, the Honda Concerto is offered in various body types. The marking is also different. Honda Concerto bodies produced in Japan are named MA, and Great Britain – HW (liftback version) and HWW (sedan).

Basically, the Concerto is available in sedan and liftback forms, but it should be noted that the Japanese differentiate between four and five-door sedans.

Styling was mentioned among the most common criticisms of the Concerto, so in 1991 several changes were made, especially in design. Modernized front and rear bumpers and lamps. A facelift version of the Honda Concerto is available mainly in Japan.

The Honda Concerto is powered by three petrol engines with a capacity of 1.4 liter to 1.6 liter and one unit of 1.8 L diesel. The best performance of the Concerto is on a 1.6 liter engine that uses a light alloy. This engine has a power of 106 to 130 horsepower.

An interesting option is the specific four-wheel drive used in the richest version of the Honda Concerto equipment. This drive is called INTRAC. It combines permanent 4WD drive and three-channel ABS. Unfortunately, it was a fairly expensive solution, and at the same time technologically advanced, so in 1993 the decision was made to discontinue production of the INTRAC drive for the Honda Concerto.

Honda worked with Rover until 1994. That’s when Rover was taken over by BMW, which didn’t want to continue the company. In Japan, the Honda Concerto was replaced by the Domani model, and in Europe there was no replacement. Interestingly, the Japanese used the Concerto as an unmarked police car.