The 2.6-liter Mitsubishi 4G54 or G54B gasoline engine was produced from 1978 to 1992 and was installed on the Pajero SUV, L200 pickup truck and a number of Chrysler cars. After the end of production in Japan, the engine was assembled by Chinese companies for quite some time.

Here, we will investigate the characteristics of this engine by referring to the data of the G54B type turbo engine installed in Mitsubishi’s A187A type stallion GSR-VR 1988/04 model.

First of all, as a basic structure, the G54B type engine is a long stroke type engine with a bore (inner diameter) of 91.1 mm, a stroke (stroke) of 98.0 mm, and a bore stroke ratio of 1.08 (the stroke amount is larger than the piston diameter).

The stallion’s in-line 4-cylinder 2555cc turbo engine with a compression ratio of 7.0 and high-octane gasoline specifications, which is the reference vehicle this time, produces a maximum output of 175 horsepower at 5000 rpm and a maximum torque of 32.0 kgm at 5000 rpm.

When the G54B turbo engine is applied to a 10-step evaluation based on deviation values ​​aggregated from all turbo cars registered on this site, the evaluation is ” modest ” with a converted horsepower of [ 3 ] and a converted torque of [ 4 ]. It is categorized as ” engine of output “.

* It is easy to say stroke up, but if you want to make a long stroke, you need a crankshaft and a compatible connecting rod, and if you can not divert it, you have to make it in one-off, so it is expensive anyway. It is a menu that requires considerable preparedness to put out.

B / S ratio is an abbreviation for bore stroke ratio, and as the bore diameter is widened, the characteristics of the long stroke type, square type, or short stroke type are approached. In the case of G54B type engine, the ratio changes from 1.08 to 1.04 when the bore is increased by +3.0mm from the genuine piston.

There are 8 engines with pistons that are close in size to the G54B type engine with a piston diameter of 91.1 mm, so as a side note, let’s calculate the displacement when the piston is diverted and the bore is raised.

For reference, I calculated the change in piston speed when a G54B engine with a stroke of 98.0 mm is rotated up to 10000 rpm. Looking at this, it seems that the speed increases by approximately 6.55 m / s as the number of revolutions increases by 2000 revolutions.

Considering only 20.0 m / s, which is a guideline for a general engine assuming mass production, it is mechanical to set the upper limit of high rpm to about 6120 rpm (whether it rotates or not). It seems to be preferred both mentally.

On the example of a 1985 Mitsubishi Pajero with a manual transmission:

The 4G54 / G54B engine is commonly used in car brands coming off the assembly line in the EU. It has increased potency and almost no irreversible problems in operation. You just need to change the oil and air filter on time. If you need to select spare parts for the G54B engine, use the engine consumables selection guide, carefully check the specifications. 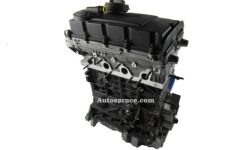 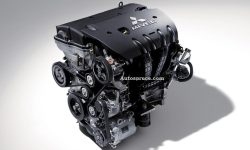