The first incarnation of the Focus in 1998 was a huge step up from its predecessor, the Escort. It was designed very boldly and was so different from what customers were used to that it was shocking. Quickly, with the first tests and comparisons, it turned out that there is a method in this action. Focus showed enormous potential, which customers soon appreciated. 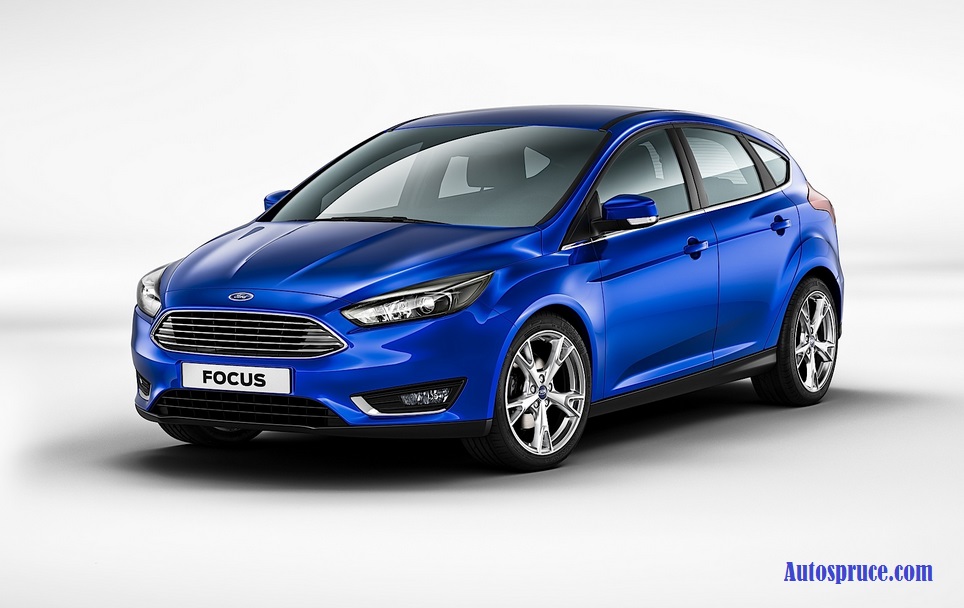 Now, with the launch of the fourth generation Focus, Ford wants to repeat the remarkable success of the prototype. And he does not hide it at all. If only for this reason, the car was built “from a blank sheet of paper”.

Everything is new here – not only the outer shell with different proportions than before, but also the interior of the cabin, engines, safety systems and the “backbone” in the form of a construction platform.

Developed from scratch, it is called C2 and is intended as a response to the Volkswagen MQB. The same is with the Focus, which, like its ancestor 20 years ago, is to show the Golf who rules in the compact class.

Without a doubt, the new Ford looks neat and modern. Especially in the sporty ST-Line variant, distinguished by e.g. changed wheels (standard 17 ”), bumpers, radiator grille and sill covers. In terms of dimensions, the new car is practically a carbon copy of its predecessor, albeit with a few exceptions.

The length has increased by 2 cm (to 438 cm) and the wheelbase has increased by 5 to 270 cm. It is a pity that with the generation change, the side mirrors (relatively small) were not moved to the door trim, which would be a nod to visibility. And so they merge with the large posts, creating a large blind zone.

While the exterior of the Focus brings a breath of fresh air to the compact class, the cabin – not necessarily. Maintained in black colors, with red stitching typical for the ST-Line version, it is very subdued. The quality turns out to be good, although it does not exceed the class average, but some elements raise doubts.

For example, the door upholstery in the form of a material resembling artificial leather. The crooked seams on the armchairs or the couch are also out of place here and there. On the plus side, each door pocket is lined with carpeting, which is a clear reference to the Golf. Contrary to it, the glove compartment in front of the passenger is finished with hard plastic.

The dashboard with a completely new shape and the recently fashionable “standing” multimedia system screen (8 “- extra charge, standard 6.5”) does not penetrate as deeply into the cabin as in its predecessor and is user-friendly. This means well-placed and labeled buttons, as well as legible clocks with a large, color screen between them.

The exception to the rule is the placement of the panel, among others with a choice of driving modes on the central tunnel, which requires taking your eyes off the road to reach it. The head-up screen (PLN 1750) is clear and provides numerous information – incl. about speed, signs or lane assist. Unlike some rivals, the Focus remembers numerous settings when the ignition is turned off and restarted. This applies, for example, to seat heating or the Auto Hold function.

The Golf and other European Focus compacts play on the noses with extremely extensive driving assistance systems. Their capabilities compared to the previous generation increased by 40%. All systems are called “Ford Co-Pilot 360” and are constantly watching over the driver’s actions.

They include, among others adaptive cruise control with stop & go function, lane maintenance assistant, adaptive LED headlights and traffic sign recognition. There are also such “gems” as automatic obstacle avoidance or warning about driving the wrong way on a one-way road. Unfortunately, most of them require an additional payment.

Importantly, systems that are mostly non-obtrusive have multiple settings. For example, Active Cruise Control can work in “adaptive” or “intelligent” mode. Unfortunately, the latter often reads road signs when leaving the motorway and begins to adjust the speed spontaneously.

So it is better to switch it to the first mode or deactivate “active functions”. Likewise, the lane assistant can only alert you when crossing the road line or warn and correct the track. And it does it really efficiently.

Apart from the award-winning 1.0 EcoBoost engine, all Focus units are brand new. The 1.5-liter turbo diesel comes in two variants – 95 HP and 120 HP. The ST-Line version is available only with the more powerful one, combined with a manual gearbox or an 8-speed automatic.

Operated with a knob – as in Jaguars, although not protruding from the console – requires an additional PLN 9,950. That’s a lot, despite the fact that the 8-speed gearbox works quickly and smoothly, responds well to kickdown and impeccably “gets along” with the driver. In Sport mode, its reactions are further sharpened, but it does not maintain unnecessarily high revs. And good.

When cold, the engine works very loudly – just like the structures from years ago. As the temperature increases, it calms down, but still sounds harsh and not very pleasant. He pays back for this with a friendly character. It has a lot of power at low crankshaft speeds, responds quickly to gas and easily climbs under 4,500 rpm.

It’s just that as you change gears you get the feeling that he is getting weaker and weaker and faster and faster. Although 120 hp today is not shocking, the 1.5 EcoBlue engine provides the Focus with good performance. It accelerates to 100 km / h in 10.6 (in the “tightened” 4th gear), and to 140 km / h – in 22.2 seconds. On the motorway or on the road, this means fully acceptable dynamics.

However, fuel consumption is less acceptable. Outside the city, reaching 4.6 l / 100 km is not a major challenge, but already 7.5 l at highway speeds and over 8.5 l in the city do not give this unit any reasons to boast. The more so as the manufacturer promises only 5.0 l / 100 km in the second case.

The ST-Line variant compared to others is distinguished by a lowered by 1 cm and hardened suspension. Unfortunately, it is not the best choice due to the clear tendency to fall into longitudinal rocking, which is especially painful at higher speeds. It’s a pity, because the suspension itself works quietly, quite resiliently and overcomes the speed bumps in a talented way. The combination of 18 ”wheels (optional) and a sporty chassis on poor roads, however, significantly reduces comfort.

But the Focus pays for itself with great handling, despite the fact that it has a torsion beam at the rear rather than a multi-link system (as in the more powerful versions). From the very first meters, it impresses with its spontaneous reactions, direct steering that allows you to read the road well, although with a slightly artificial effect, and high stability.

However, two things make the best impression. These are very good brakes and the front axle is practically “welded” to the surface. Unlike most cars, the Focus is much easier to lose grip at the rear (which goes out to a strictly programmed degree) than at the front. And this means that even with a 120 HP diesel, you can enjoy driving as much as hot hatches. The new Focus in the ST-Line variant is unlikely to beat the “gate” with the inscription Golf. In another, it is not excluded.

More spacious than its predecessor, with a better finished interior and more user-friendly. Great for active safety and handling, the Focus 1.5 EcoBlue ST-Line version allows too many trips, such as a loud engine or limited comfort, to make the Golf burn. However, in other variants, it may be more competitive.