As we know, the Ford 1.5L EcoBoost GTDI I-4 Engine is the newer version of the 1.6L version which has some failure. In this version, Ford considered the existing issue which currently eliminated.

1.6L has some cooling problem and 1.5L completed with an inline in-line four-cylinder gasoline turbocharged with direct fuel injection and the newest design EcoBoost of Ford Engine.

This machine starting its life in 2014 for Ford Fusion, 2015 for Mondeo, and then C-Max, Kuga or Escape, and then almost completely replacing the 1.6L existence in the market. With maximum capacity only 1000 cc, this engine has more powerful energy just the same like 1.600 ccs maximum capacity engine.

In a GDTI engine, the fuel is directly distributed to the engine compartment by a low-pressure fuel pump, using a returnless fuel system. These fuels then pass the high-pressure fuel pump which mechanically driven and mounted on the top of the cylinder head.

Just like the 1.6L EcoBoost version, a Ford 1.5L EcoBoost GTDI I-4 Engine has an aluminum cylinder block. It also has an open deck design for a more efficient cooling system. This engine also equipped with a new iron crack shaft with 4 counterweights and 5 main bearings.

This engine received a redesigned aluminum cylinder head with an integrated manifold to the exhaust. The heat from exhaust caused a faster warming-up process which can significantly reduce the heating time and also less fuel consumption and also long-lasting the turbocharger at the same time.

As explained earlier, 1.5L EcoBoost GTDI I-4 Engine adopts the innovative camshaft driver system from the 1.0L 1-3 cylinder. There is a timing belt which can only operate in engine oil which reduces the noise and increasing the engine’s durability.

This belt-in-oil also driving the electronic controlled variable displacement oil pump which designed to maintain the whole of the body machines’ durability as well.

The combinations of both superpower turbocharger and direct fuel injection make this engine is completely efficient. It also completed with low inertia, high responsive Borg with an active wastegate and automatic water-to-air charger intercooler which integrated to manifold intake plastic.

So, you can imagine how this engine is perfectly efficient with a small capacity and can be compared with another hybrid car.

For further information about the 1.5L EcoBoost GTDI I-4 Engine, here are the detailed specs:

In general, here are the reliability of the 1.5L EcoBoost GTDI:

So, that’s all about the full review of the Ford 1.5L EcoBoost GTDI I-4 Engine. This information may help you to well informed about the engine. Just remember that this review is subjective unless you are experienced to try.

However, this article seemly enough to give some highlight about how well this engine is. Don’t hesitate to try and have a beautiful drive. 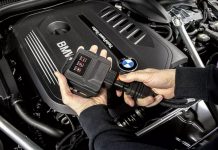 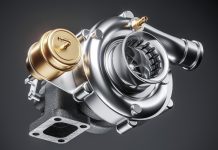