The Dodge Viper is a sports car produced from 1992 to 2017 (intermittently). The model belongs to the so-called supercar and is one of the first vehicles of its kind to be equipped with a V10 engine. 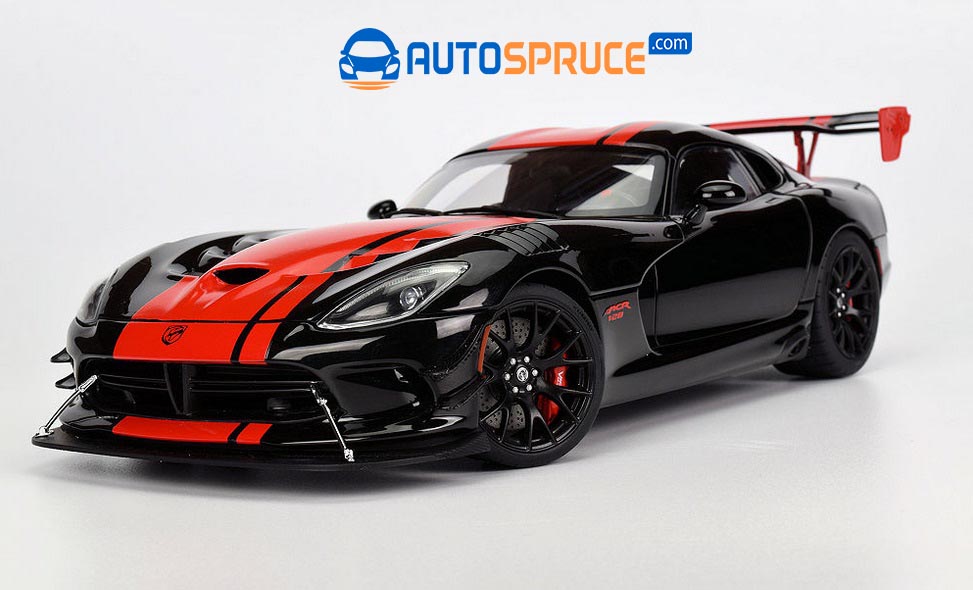 Formally, the Viper model replaced the Dodge Conquest, but the American brand’s real intention was to create a more modern version of the AC Cobra. Interestingly, the Lamborghini company, whose engineers handled the engine installed in this car, also took part in the production of the Dodge Viper.

The Dodge boss first considered discontinuing the Viper in 2010; the reason is the company’s financial problems are quite large. Then the car disappeared from the automotive market for about 2 years, but after that a new generation of Viper, known as the Phase VX, appeared in the Dodge showroom.

In 2015, Dodge announced what it had hoped for 5 years earlier, that the Dodge Viper production would stop at the end of 2017. Interestingly, in October 2017, the American company stopped taking orders for the last Viper for fear of not being able to produce it on time. Soon after, order picking resumed.

The only factory that abandoned the new Viper vehicles was Conner Avenue in Detroit. Previously, until October 1995, the Viper was produced at the New Mack factory in the same city. The interesting fact is that the Dodge Viper was once on the “Most American Cars” list, which means at least 75 percent. components are manufactured in the United States.

The Dodge Viper body is low to the ground and has an aggressive and sporty look. Initially, the only body type the Dodge Viper produced was a 2-door roadster. Over the years, the Viper with a 2-door coupe silhouette has also appeared in Dodge showrooms.

The first Viper body concept was developed by American Tom Gale; later modified by Osamu Shikado, a designer from Japan.

Inside the Viper there’s room for the driver and one passenger – after all, it’s a sports car, not a family car. Interestingly, the interior design of the Viper often changes due to various limited editions of this model, such as the Dodge Viper Voodoo.

The Dodge Viper engine is located in the center of the body. Each unit available in the Dodge Viper has a minimum capacity of 8 liters which is enormous and guarantees sensational performance. Under the hood of the Viper, it can run from 450 to 600 horsepower, which guarantees acceleration from zero to “hundreds” in even 3.9 seconds!

During the production period of the Viper, only one type of gearbox was used. It was a 6 speed manual transmission. In addition, the Dodge Viper has always been characterized by rear-wheel drive.

The Dodge Viper is considered a car for very talented drivers. Theoretically, the Dodge Viper traits influenced this car to drive on racetracks, but its unique appearance tempts collectors who use it to drive around town or even just keep it in a garage.

Effective bodywork is certainly not the only advantage of the Dodge Viper. The power of a car has always been a machine that guarantees great performance and a reliable, yet smooth gearbox.

The Viper breaks down too often for high-end cars, although fortunately these defects are usually not that serious. However, it’s hard to think of the exorbitant maintenance costs as a downside – after all, it’s a car only for people who can afford almost anything.