The list of engine was recently expanded with the 6.2L V8 HEMI from the Challenger Demon. Ford has prepared the answer. American manufacturers compete with each other not only in the category of vehicles, but also in engines, often offered as separate elements that you can install on other cars. 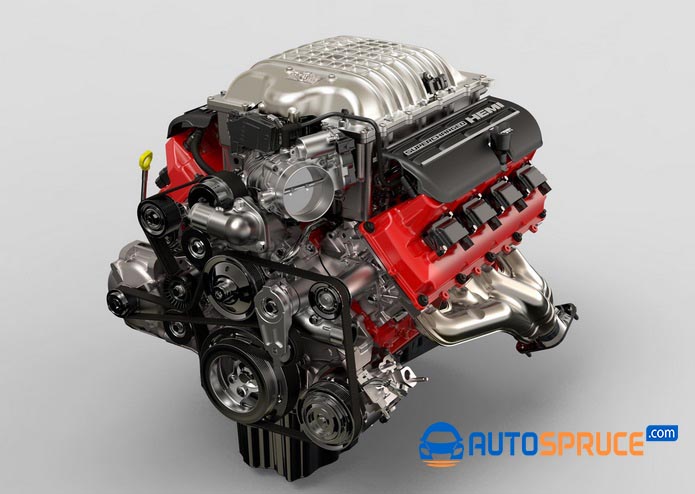 The Dodge Challenger SRT Demon is one of those cars whose engine is almost entirely the character of a vehicle. The 819 hp power and 971 Nm of maximum torque speak for themselves. V8 6.2 l HEMI iter is a real monster. From now on, you can enjoy it without buying a car.

Plenty, but for such a monster, being one of the most iconic modern engines, the numbers seem acceptable. The more so because this is a engine with accessories. Interestingly, this is not the only thing new in the unit offering that is offered individually. Ford also announced its response to the Dodge HEMI engine. This is the bike used in the Mustang Shelby GT500.

Dodge introduced this HEMI engine to various parts. There are no obstacles to buying it as a separate element and using it in other cars. It’s the ideal choice for all hobbyists of modifying and tuning. What’s more, the price doesn’t seem horrendous. The price of this engine is $ 21,807.

5.2 liter capacity, 760 HP power and 847 Nm of maximum torque these are the parameters that the engine is proud of. Contrary to Dodge’s proposal, however, it’s not yet available in official distribution, and so we don’t know the price. This will change soon, which we will definitely let you know about.