If any of your friends wanted to buy a Citroën XM now, you’re sure to blow your head and say you have to take another one. It’s just that this eccentric French car brand has something different, which you won’t find in its competitors. 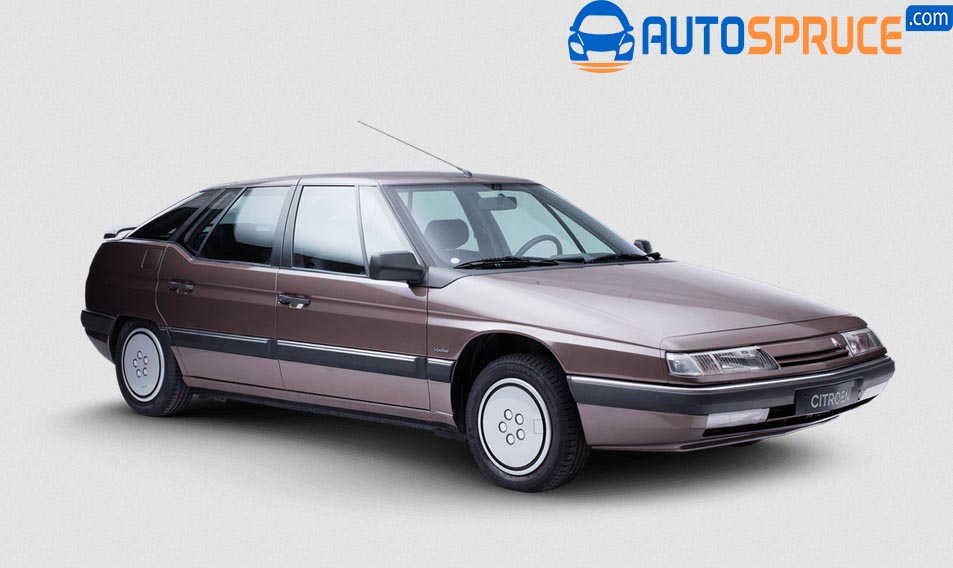 Citroën XM, designed by studio Bertone, was presented in 1989 and production started at the same time. The car was supposed to be an alternative to German competition. In fact, unfortunately, never had a direct fight with them for a client, and it just became a niche model chosen by eccentrics or connoisseurs. In 1990, XM won first place in the European Car of the Year competition.

Out of a desire to increase sales, in 1994 France decided to modernize its cars. The interior has been revamped, the suspension characteristics have been changed to improve the car’s road behavior, and the rear torsion wheel system has been adapted from the Xantia model.

Drive is transmitted to the front axle wheels – a typical solution for French cars of this class. When choosing a gearbox, there are only two gears, namely a 5-speed manual transmission and a 4-speed automatic. The XM features an electronically controlled Hydractive hydropnuematic suspension at the front and rear. Interestingly, this suspension can work in two modes which change its Comfort and Sport characteristics. The car is offered in liftback and station wagon versions.

Power is also increased, acceleration is increased, and each unit is equipped with a driver airbag. Unfortunately, despite these efforts, the Citroën XM sold even worse, but France was restricted and could be bought in showrooms until 2000. In about 10 years of production, only 330,000 units of this model were sold.

The biggest problem with possibly all XM engines is oil leaks, especially in the places between the gearbox and the engine, as well as troublesome equipment failures. For those on a budget, the optimal choice is the 109 HP 2.1 Turbo D variant, which doesn’t make the XM a rally car, but its flexibility and dynamics are surprisingly good.

Drivers looking for the pleasure of fast driving should choose the V6 from the top model, thanks to the XM reaching the first hundred in 8.6 seconds and a top speed of 235 km / h. It should be noted, however, that this engine is not fuel efficient, but is said to perform well with LPG systems.

What are the most frequent damages to this car? First of all, problems with the electrical installation from Bosch, which can effectively provoke damage to other on-board devices and systems, not to mention the total immobilization of this car. Fortunately, the problem was largely resolved in the stylized unit.

Sure you would find it hard to believe, but both the hydropneumatic suspension system, steering and brake fluid use one and unfortunately a fairly common pump is fickle. For your safety, you should regularly check the liquid level, because due to cable leaks it sometimes leaks.

Unfortunately, this isn’t the only problem with suspensions. Sometimes the hydraulic pump controller also breaks. However, it must be remembered that the proper use of LHM fluids must extend the life of the components, of course the hydropneumatic components. We advise against using other alternative fluids.

Most people who are looking for a mid-range car choose automatic transmission, unfortunately if we choose Citroën XM with such a transmission after driving several thousand kilometers, we will regret our decision very much. If there were no failures in this used car during operation, it would be just luck.

Particular attention should also be paid to the cooling system pipes, which may already be damaged – the car from the start of production is already many years old. If we pay attention to the engine overheating, chances are that some of the liquid has been lost from our car’s cooling system.

Many people will see the Citroën XM as a car without any advantages. It’s just an appearance! Of course, this is not a car without problems, but it also has some undeniable advantages. First of all, this car has sensational soundproofing and provides high driving comfort even for German cars.

Apart from the perfect suspension, all of them are equipped with very comfortable seats, and all this makes driving in the car pure relaxation – this is what its competitors don’t have. Used car prices range from $ 460 to around $ 3,200, and unfortunately there are not very many cars on the market.