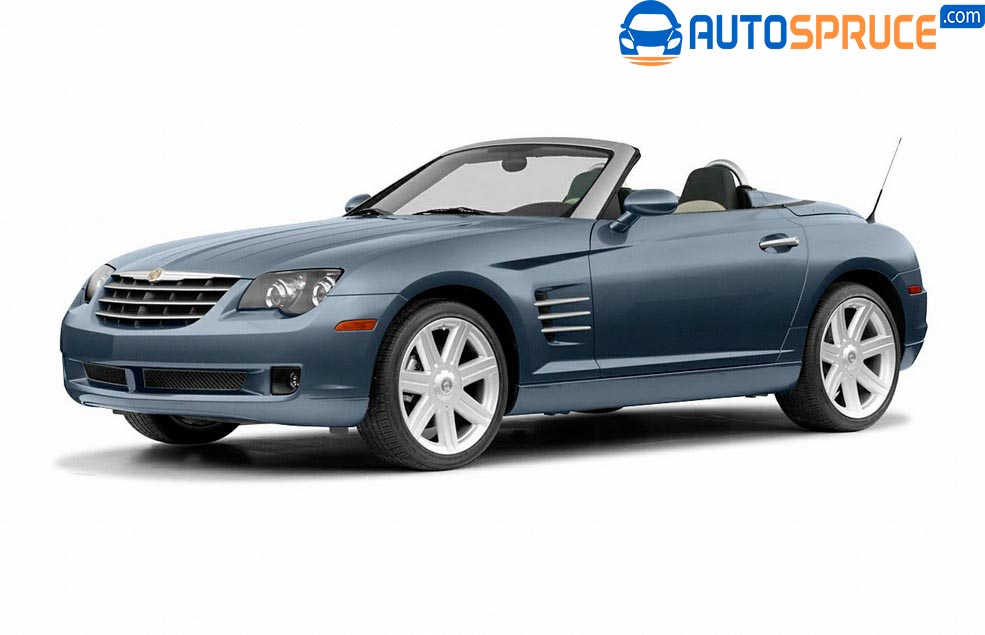 A year later, a version with an open canvas roof was added to the offering, named after the Roadster manufacturer. During the entire production period, this car did not undergo a single facelift, and production of the Crossfire was completed in 2007 and so far this model does not have a replacement.

Like a sports coupe, the drive is only moved to the rear via a 5-speed automatic or 6-speed manual transmission. Both the front and rear have completely independent suspension. As we mentioned above, the Crossfire is based largely on the Mercedes SLK and this is where the floors, chassis components and engine come from.

The engine variants mentioned above are actually based on a single power unit from the first generation Mercedes SLK marked with the factory symbol R170. This more powerful version is a tuner construction from the German brand AMG.

The 3.2 liter unit should not cause major problems in its operation, but it is worth remembering that it is possible to replace the ignition coil. In a modern large capacity petrol engine, it certainly won’t be cheap, as there are as many as six coils here.

The 218 hp variant reaches the first hundred in 6.5 seconds, and the top speed is limited to 250 km / h. The high version, the SRT-6, accelerates from zero to 100 km / h in 5.2 seconds, and the maximum speed here is 255 km / h. The choice depends on your wallet, although we think the basic version is more than enough for a fast ride.

Unfortunately, the Crossfire is not the perfect car, but it doesn’t hurt too much either. The most serious mistake, in particular, is a noisy steering gear shift. Some units also have an air conditioner which is not working properly.

How about anti-corrosion protection? Unfortunately, in many instances, corrosion began to show on the tailgate of the truck. Chrysler Crossfire users complain about the low quality of the interior you can hear the plastic crunch while driving. Another minor downside is the steaming headlamps. Before buying, it is also a good idea to check whether the engine oil is not leaking. Let’s also pay attention to how the gears enter.

The Chrysler Crossfire is a very attractive proposition for people looking for an original and fresh coupe at an attractive price, unfortunately it is difficult to find parts for this car (especially those not compatible with Mercedes) it might get in the way.

It will also be difficult to find a good mechanic who will take good care of our car. The biggest advantages of this model are: excellent driving property, original design and decent performance. The price is also worth paying attention to we’ll buy the cheapest Chrysler Crossfire for around $ 9,500.