Are you looking for a modern looking compact for reasonable money? One of the most interesting proposals is the Chevrolet Cruze. Is an attractive price always associated with poor quality? 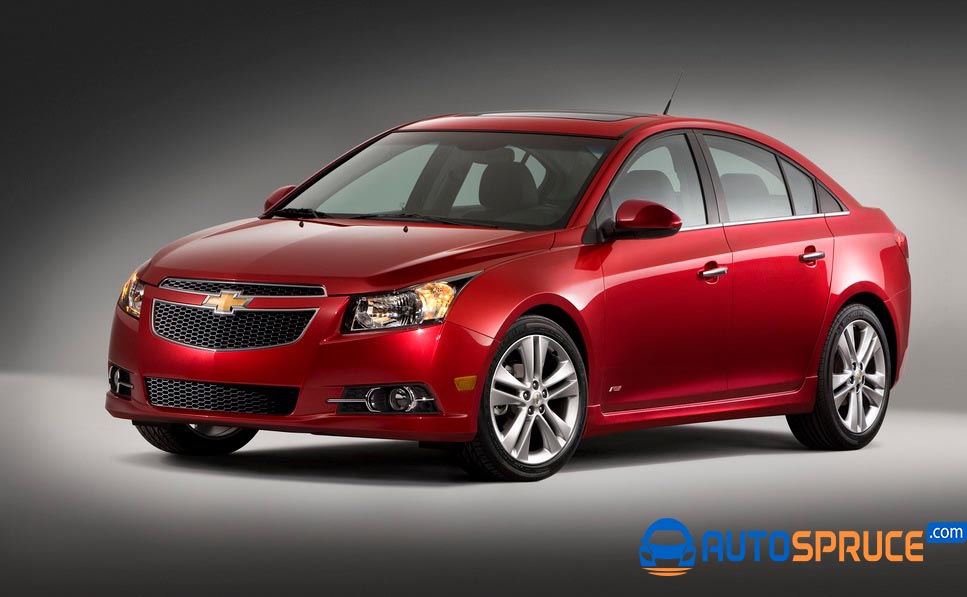 Chevrolet Cruze sedan had its official premiere in 2008, during the Paris Motor Show. The compact was constructed on the GM Delta II platform. The car took over from Daewoo Lacetti and Chevrolet Cobalt in many markets, although GM used the first name until 2010.

In 2010, a 5-door hatchback version of the car made its debut. In the winter of 2012, another body variant was added to the offer, this time GM decided on a station wagon. As the car has been on the market for several years, Chevrolet decided to carry out a facelift in 2012. The model with modifications was presented during the Busan Motor Show.

What changes have been made? Almost imperceptible, the front bumper, grille and fog lights have been slightly remodeled. In turn, a centrally placed touch screen appeared in the interior, used to operate the MyLink system. In addition, the engine range has also been supplemented, with a new diesel engine with a capacity of 1.7 l and 130 hp.

The car is produced all the time in various parts of the world, assembly plants are located, among others, in South Korea, USA, Kazakhstan, Brazil, Russia and China. When will the new model appear on the market? Most likely in the fall of 2014, its advanced tests are currently underway.

When it comes to design, the Chevrolet Cruze does not differ much from the standards in the compact class. In all engine versions, customers can only use the front drive, which can be transferred to the wheels by means of a 5 or 6-speed manual and a 5-speed automatic. The front suspension is based on MacPherson struts, and the rear has a torsion beam. A simple and durable solution. In Euro NCAP crash tests, the car received a very good 5-star rating.

All the above-mentioned petrol units are Ecotec designs – well known from Opel.

Naturally aspirated engines in most cases do not cause serious problems. However, there are occasional failures of small engine accessories, such as the voltage regulator or the EGR valve. These engines still struggle with oil leaks, they also like to consume it in excessive amounts. The downsizing 1.4 Turbo variant is still a young design and it is difficult to predict what will happen with it in the future.

If you decide to use the petrol version, you can forget about sports performance. On the other hand, the dynamics of the 1.8 and 1.4 Turbo engines is more than sufficient. The car accelerates from 0 to 100 km / h in 10.2 seconds with the former, and the latter in 9.5 seconds.

The flexibility and work culture of the Cruze diesel cars is at a fairly decent level. The weakest 125-horsepower version accelerates to the first hundred in about 10 seconds, and the strongest do it in less than 9 seconds. Fuel consumption can also be a pleasant surprise, since the 163-horsepower version in our test during city driving burned 8.5 l / 100 km It’s scary to think how economical weaker engines are, but there will probably be equipment failures in the end.

In addition to petrol engines, there are also two diesels, with three power variants from 125 to 163 HP. What’s wrong with them? In the case of copies used in the city, there are problems with a clogged diesel particulate filter.

The 2-liter unit (VM) can be found, among others, in the Hyundai i30, where it struggles with frequent failures of the mass flywheel and the turbocharger. So far, Chevrolet users have not complained about this type of fault yet. The rest of the units are working fine so far. Will it be like that in the future? We will see.

Chevrolet users complain of knocking on the suspension, most often the fault lies with the damaged: stabilizer links, wishbones, and sometimes even shock absorbers. Problems arise after driving a few thousand km.

The body was made of thin, dent-prone sheet metal, and the durability of the paintwork leaves a lot to be desired. The quality of the radio is not a sin either, as it stops reading CDs over time. A troublesome ailment is a jammed trunk lock, nothing serious, but it can be very annoying. Sometimes contactor replacement helps. The central lock is also in its mood.

The interior trim materials are also not durable. Even with low mileage, abrasions appear on: seats, steering wheel or silver inserts on the dashboard. Internal plastics are also very easy to scratch.

One of the most serious faults are failures of the clutch slave cylinder – their removal requires disassembly of the gearbox. It happens that problems are also caused by the trunk lid button contacts and air conditioning systems (leaks, problems with maintaining the set temperature).

Breakdowns, as in the case of many not very old vehicles, are most often limited to engine accessories – e.g. alternators, turbochargers or EGR valves. In diesels – especially those operated mainly in the city – you can also expect a shortened service life of the dual-mass flywheel or the diesel particulate filter.

The compact Chevrolet Cruze is the best proof that a budget car does not have to be spartan and boring. The modern styling of the car encourages you to take a closer look at this invention. Already after the first meeting with the car you will find that: it drives quite well, it has a very rich equipment, and the luggage compartment capacity exceeds most of the more prestigious competitors.