The BMW S65 engine is a naturally aspirated V8 petrol engine produced from 2007 to 2013. It was primarily fitted to the BMW M3 (where it came to replace the inline six-cylinder BMW S54). There is never a direct replacement for the S65 engine, as the next generation M3 uses a turbocharged six-cylinder engine (BMW S55). 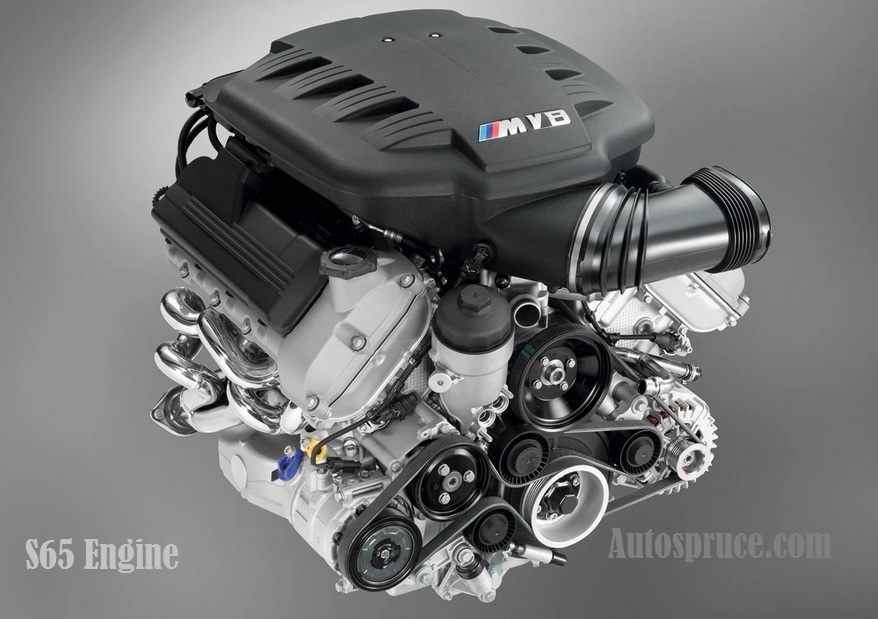 The engine is based on the BMW S85 V10 (in the form installed in the E60 M5), the S65 egine has a similar structure and aluminum construction. Unlike most of the other engines in the BMW M, the S65 and S85 are not based on engines from conventional BMW models.

The cylinder dimensions on the S65 engine are similar to those in the S85 V10: the bore is 92 mm and the piston stroke length is 75.2 mm. Other similarities in design include individual throttle bodies, knock sensor using ionic control, dual VANOS (variable camshaft control) and 12.0: 1 compression ratio. The red zone on the tachometer starts at 8400 rpm.

To reduce engine weight, a wet lubrication system is used with two electronically controlled evacuation pumps and one main oil pump. It replaces the S85’s three-pump wet system. The dry weight of the S65 engine is 202 kg.

During acceleration, the generator is removed from the engine, allowing maximum power to be used. The generator only supplies energy to the battery during braking, using a system that BMW calls Brake Energy Regeneration.

The version of the S65 engine

The S65B44 is a larger version of the S65 with a stroke of 82mm. A lightweight titanium exhaust is also used.

The P65 engine is used in motorsport.