It is about the BMW 3 liter diesel marked with the code M57, which made its debut in 1998 and does not just power the cars of this brand. It is appreciated by users and tuners alike and has a reputation for being armored. While in the United States the best diesel engines for popular pick-ups are those from Cummins, there is no doubt in Europe whose designs deserve the highest ratings. 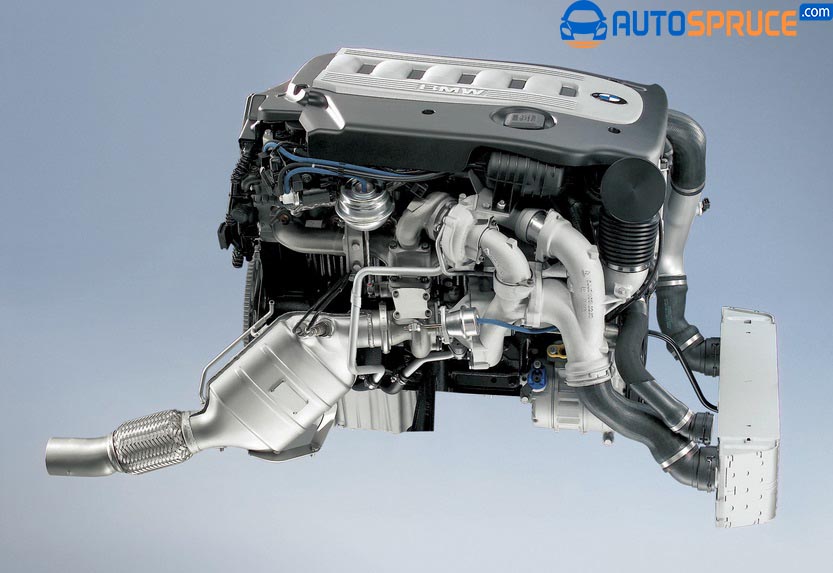 As an engine manufacturer, BMW has designed many attractive designs with excellent parameters, but over time it often turns out to be defective or fail. Some hoped in the late 90’s that this German brand, which is known especially for its sports cars, will contribute to the history of the automotive industry with diesel engines.

The M57 was produced between 1998 and 2013, but is still the topic of conversation for many people looking for used cars. Also for those who are considering replacing the damaged original engine with another engine. Without a doubt, this 6-cylinder design is the most successful European diesel in modern history and perhaps the best engine BMW has produced in the last two decades.

The M57 diesel – not the successor to the N57 – is currently used by Rosenbauer, a company that specializes in fire truck construction. Their latest RT hybrid combat vehicle uses the M57 as a battery charging unit.

Diesel N57, a newer version, has also proven successful in motorsport. The 4 wins in the Mini team’s Dakar Rally in 2012-2015 were thanks to a very reliable and very powerful diesel engine, which still powers BMW cars and is one of the most popular choices among customers, especially in the X5 or X6 SUV. Three turbochargers made this unit a real 381hp rocket, and the BMW M department was responsible for the preparation of the variant marked in the production model as the M50d.

The M57 engine won the Engine of the Year title four times in a row in the 2.5 to 3.0 L category from 1999 to 2002, and the dual turbo variant that was more powerful twice from 2005 to 2006. In total, thirteen power versions were made, three capacity versions, and engines installed in production cars of three brands. The BMW engine with the weakest power M57D30 variant from 177 hp is mounted on the Range Rover, but generally the weakest version of the M57 engine in the 2.5-liter version is mounted under the hood of the Opel Omega B.

An engine can be rated for its dynamism, reliability or durability, and BMW diesel has all of these qualities. On the one hand, it can be used to drive a mid-range sedan and provide good dynamics with relatively low fuel consumption. It can be used for 15-20 years, and the 400,000km-500,000km mileage won’t get him into trouble.

On the other hand, it can drive a powerful SUV, allowing not only to tow heavy trailers, but also to travel hundreds of kilometers on mountainous terrain, and after releasing the trailer, it can accelerate cars weighing more than 2 tons in 7 seconds.

What else? This engine can be set from around 200 HP to 300 HP, and from nearly 300 HP to more than 400 HP. Without disturbing the crank and piston systems, a value of 450 HP and over 700 Nm was achieved. By the way, such an engine tuned will tear the gearbox converter to tears and blow up xDrive.

If you want your BMW 3 Series to be right in front of the M3 in the same period, then buy the 330d, turn it on and watch the M3 disappear not only in your rearview mirror, but also in black smoke.

The secret of the M57 is durability, which allows it to achieve excellent parameters without negative consequences with a high work culture. All of this stands on widely understood ecological phenomena. Cast iron and heavy engine block ensure excellent rigidity, and a good balance results in low vibration levels, which also translate to durability.

The turbocharged six-cylinder delivers 184 hp and 390 Nm of torque. Such a unit made its debut in 1998 as a more powerful variant of the 4 cylinder diesel. What distinguishes the M57 from its predecessor M51 is of course the Common Rail power system, which makes this machine much more dynamic and economical.

Over time, the engine was upgraded (the mark of the next TÜ) and the performance was improved, the block was changed to an aluminum block (a version marked as TÜ2), and a DPF filter appeared. The EGR valve was installed from the start, but in the end, the M57 is an engine designed to last, work hard and don’t meet any emission standards. However, this has drawbacks only in areas that have been changed to conform to the prevailing standards. The top version reaches the parameters of 286 hp and 580 Nm.

An integral element associated with this unit is the swirl flap in the intake manifold, which is not available in the 2.5 liter version (M57D25). However, they caused a lot of damage after a long period of time.

Of course, like any diesel engine, this M57 engine has its problems too, but this is due to three things: long mileage, poor quality fuel, or improper service. If the engine is well maintained and all minor faults can be controlled, the M57 is a practical machine to drive.

What should you be aware of?

Many Nissan Patrol Y60 and Y61 users have changed or are planning to replace the original engine with the BMW M57. There is some reasons. First of all, because the engine itself is, as you already know, close to perfection, which is the opposite of the standard Nissan engine.

For example, patrol Nissan users after the transplant get a car that is almost twice as dynamic and half as economical, where there is no shortage of manpower in heavy tourism and offroad, and no fear of overheating.

The engine of the M57 is not the only one that Nissan patrols, but check for yourself, for example, in the ad, how many such cars are and how much they are worth. I also asked a specialist, who had specialized in assembling the M57 for Nissan patrols for many years, and why it was special.

To bring the 3-liter unit up to already stringent emission standards, it was modified significantly in 2008, changing the designation to the N57, and leaving the M57 in production. The N57 engine has a very distinct timing drive, located at the rear of the engine, between the unit and the gearbox.

The timing on the N57 requires more attention, among others by the start / stop system. Unfortunately, this solution requires using the starter several times more frequently while driving, for example in traffic jams. Yes, it saves the environment, but it is torturous. The N57 also features a piezoelectric injector which is more delicate and prone to breakage, and at the same time is very expensive and non-regenerable. Overall the engine is still good, but not like the M57 anymore.

The best variant of this BMW engine is the M57D30TÜ version with 218 HP power and 500 Nm of torque. With corrections after the first series. It is a relatively simple, very durable and above average robust construction which makes it the best known diesel engine in the world. And the only thing where the terms “diesel” and “sport” do not cause conflict.