The second generation of the BMW 7 Series, marked with the E32 symbol, debuted on the market in 1986. The silhouette of the car was designed by the Italian Ercole Spada, the same one who sketched the BMW 5 Series E34 two years later.

The shape of a limousine was described by the German manufacturer as classic, progressive and at the same time postmodern. Without delving into the interpretation of these terms, it can be said that the body is simple, elegant and with a twist.

Have you ever wondered which manufacturer first stuffed a V12 engine under the bonnet of a sedan. Mercedes ? Audi ? Or maybe BMW? Neither of these answers is correct, because the precursor to such an idea was Jaguar. Only in the next decade, i.e. in the 1980s, the first competitor of the British XJ12 model appeared on the market, it was the BMW 750i E32. What condition is this German limousine in at the moment?

It is also worth mentioning the top version of the Highline with: four seats on board, 4-zone air conditioning, tables for the rear seats, a multimedia armrest, a refrigerator and other interesting gadgets.

In 1987, BMW started work on the 6.7-liter Goldfisch V16 engine, which generated around 400 hp. A year later, this muscular engine was stowed under the hood of the 7 Series E32 in conjunction with the 6-speed manual gearbox from the E31 Series 8. Unfortunately, the car in this form never entered mass production, and customers had to be content with the V12.

The BMW 7 Series E32 was produced from 1986 to 1994 in Dingolfing, Germany, during which more than 300,000 units of this luxury sedan left the factory. During this entire period, the Bavarians carried out only one discreet facelift, the door handles were changed to chrome ones, more wood appeared in the interior, and V8 engines were added to the offer.

Individual models differ slightly visually, for example in the size of the kidneys. Those with narrower ones have an R6 under the hood, and those with wider V8s or V12s. Especially for the more demanding, BMW has offered an even longer L version.

As befits a limousine in the luxury segment, in the BMW 7 Series E32, the engine is placed longitudinally in the front, and the drive, regardless of the version, is always transferred to the wheels of the rear axle. The torque is transmitted via a 5-speed manual gearbox or via a 4- or 5-speed automatic.

Choosing the right drive engine for the BMW 7 Series E32 is not an easy task, because each engine has its own ailments. In R6 engines there are problems with overheating, as a result of which the gasket under the head or even the head itself may be damaged.

V8 engine are also not free from disadvantages. This is where the oil pump usually loosens, so for your own safety, immediately after purchasing the M60B30 (730i V8) or M60B40 (740i), you should immediately check whether the pump is screwed on properly. Both the performance and fuel consumption of the 3.0-liter V8 are very close to that of the 735i. The 740i version is a bit faster, because it reaches the first hundred in just over 7 seconds, while consuming 18-20 l / 100 km in city traffic.

I strongly advise against choosing a V12 engine. Why? Firstly, because the performance of the 750i is almost identical to that of the 740i, and secondly, the fuel consumption of the V12 engine in built-up areas can exceed 20 l / 100 km. There are also problems with the fuel system and electronics.

The top engine, like the R6 engines, has problems with overheating, and any equipment repairs are much more expensive than in the case of weaker versions. However, a lot depends on what copy we get. I advise against buying a car with a gas installation, it’s better to install it on your own. Warning! The V12 engine is poorly suited to LPG.

What breaks down? The suspension components are the fastest, ranging from stabilizer links to shock absorbers. Before buying a classic BMW 7 Series, it is worth checking the condition of the propeller shaft support and gearbox cushions. In most cases, the suspension requires a general overhaul – it is hardly surprising that most of the engines have a lot of mileage to their credit.

The tie rod ends will most likely need to be replaced after purchasing the E32. You must also be prepared for the possible need to regenerate the entire steering gear. There are more and more problems with rust that appears on the inside of the door and on the thresholds.

No matter which engine you choose, one or more accessories can always fail. Among other things, the alternator, throttle and flowmeter fail. The electronics and electrics are also defective. Air conditioning controller defective, defective voltage regulator, non-working central locking, jamming electric windows or heater failures are the norm in the BMW 7 Series E32.

Before buying, I advise you to check if there is any fluid leakage from the power steering. In cars with such experience, the cooling system often leaks. Warning! Automatic gearboxes like to leak and fail at times. The most common causes of failure are worn discs or sealants, and repairs are not cheap. You must also check the gear oil level, and it is best to replace it immediately.

The BMW 7 Series E32 at the turn of the 1980s and 1990s was a very innovative limousine armed to the teeth with various electronic boosters. The technological leap between the E23 predecessor and the E32 was much greater than between the modern E65 / E66 / E67 and F01.

In addition to the rich equipment, the car attracted customers with excellent driving, an interesting engine offer and a thoroughbred character. The BMW 7 Series is undoubtedly the most sporty car in its segment. When deciding on this car, you must take into account not only high fuel consumption, but also high costs of some repairs. The prices of the E32 model on the used car market range from about $800 to over $3190. 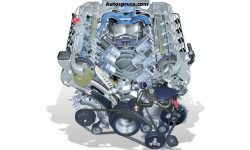 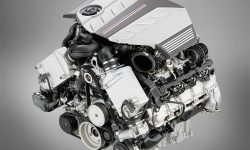 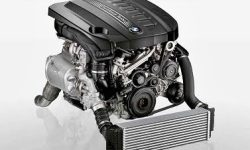