The BMW 5 Series with the factory designation E60 and E61 (for the Touring version) aroused a lot of controversy at the time of its premiere. Chris Bangle’s design did not appeal to many conservative fans of the brand. 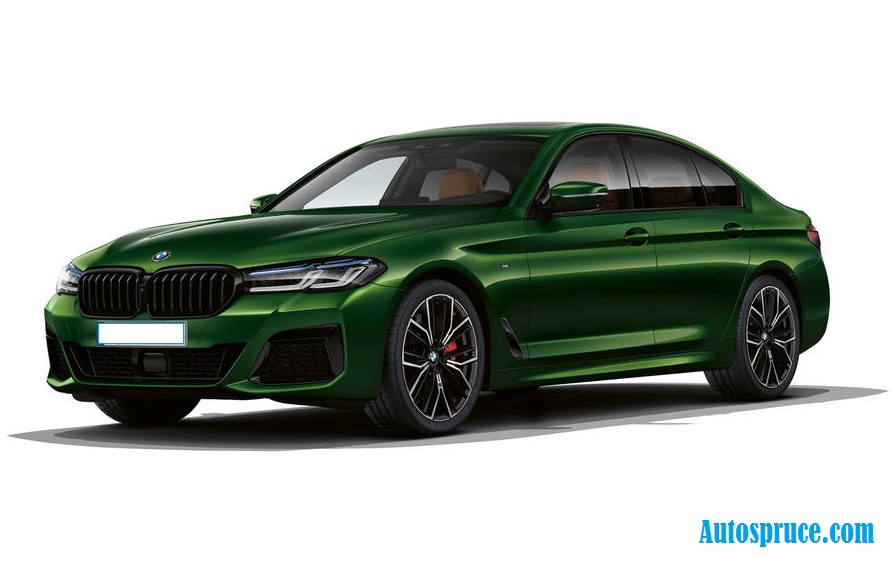 However, looking at it from the other hand, it can be said that the eccentric American designer breathed a bit of panache and extravagance into the design of this car, thanks to which the E60 still looks very fresh and interesting.

Probably many of you still find it hard to believe that the E60 is a thing of the past. The oldest copies of this car are already 8 years old, and until recently it seemed to be such a young car. How easy it is to count the premiere of this model took place in 2003.

A year later, an equally neat station wagon version marked with the same series of types – E61 was released. In 2005, a real gem with a 507-hp 10-cylinder V-engine hit the market, of course it is nothing else but the famous M5.

In the same year, an optional electronically engageable xDrive all-wheel drive was introduced. Remember that the standard E60 / E61 is only available with rear-wheel drive.

In 2007, the E60 / E61 model underwent a cosmetic facelift, and gasoline with direct injection appeared in the engine palette. Two years ago, the E60 / E61 production ended, and the new F10 / F11 model with a more conservative design hit the market.

One of ten engines can work under the hood of our hero:

Among the transmissions, customers can choose between a 6-speed manual or a 6-speed automatic (the most powerful variant of the M5 has a 7-speed SMG gearbox). Which engine is worth recommending?

When it comes to gasoline engines, the most rational choice is the 192- or 218-horsepower 2.5-liter engine with the 523i marking on the rear trunk, it is the perfect compromise between decent performance (about 8 seconds to 100 km / h) and fuel consumption approximately 7.3 l / 100 hp in the extra-urban cycle.

You can also choose the 3.0-liter R6 engine, which, according to the catalog, burns a liter more, but makes the car a lot of fun to drive. However, remember that R6 engines can overheat from time to time. Running a 5er with a V8 or a V10 engine will not be so cheap – these are the versions for real connoisseurs. Here, exceeding the value of 20 l / 100 km is only a matter of time.

It is also worth choosing the weakest 2.0-liter diesel, but here you can not count on a sports experience. Despite the high durability of diesel engines, defects in the dual-mass flywheel, engine cushions and turbochargers are quite common, especially in those with mileage over 200,000 km. There are also damage to the intake manifold, as well as failures of the timing chain tensioner. In addition, some diesels can clog the diesel particulate filter.

The suspension of the E60 / E61 does not perform well on US roads, here the most damaged are: control arms, front wishbone pins, stabilizer links, floating bushings for rear wishbones and rear suspension cushions.

The electrics are another weak point of the 5 Series, where the most frequent failures are: the steering sensor, the on-board computer display, the radio and the electronic steering lock.

A popular fault is also the failure of the voltage regulator, and its damage may cause disturbances in the operation of the active steering system or the variation of the controls. The BMW E60 / E61 is simply packed with electronics, so we have to prepare for frequent battery replacement.

Older models feature a peeling layer of rubber that covers the plastic parts of the cockpit. BMW 5 Series users also complain about the jerking automatic transmission, usually the replacement of its converter helps.

Warning! The vast majority of copies available on the aftermarket have had serious accidents, even sensors testing the thickness of the paint will not help us detect a hit, because sellers often install original body parts for broken cars. A bad car can only be detected by examining the geometry of its body.

The BMW 5 Series E60 / E61 is still a relatively expensive car to maintain, especially if we decide to buy a car that has undergone a passage or has an emergency power unit. Those who choose the right engine will surely enjoy its durability. Unfortunately, in each of the copies, sooner or later electronics or one of the expensive suspension components may fail.

However, who can afford this car, the maintenance costs will be compensated by excellent driving properties, very comfortable seats and excellent performance. We will buy the cheapest copies of this model for about $ 10,700, the most expensive can cost even over $ 37,200.