In practice, this means that the regulator, depending on the need, reduces or increases the fuel pressure. The failure of these components is not easy to diagnose, and ignoring them can lead to a decrease in power, and thereby worsen the operation of the machine, as well as damage to other components of the system. 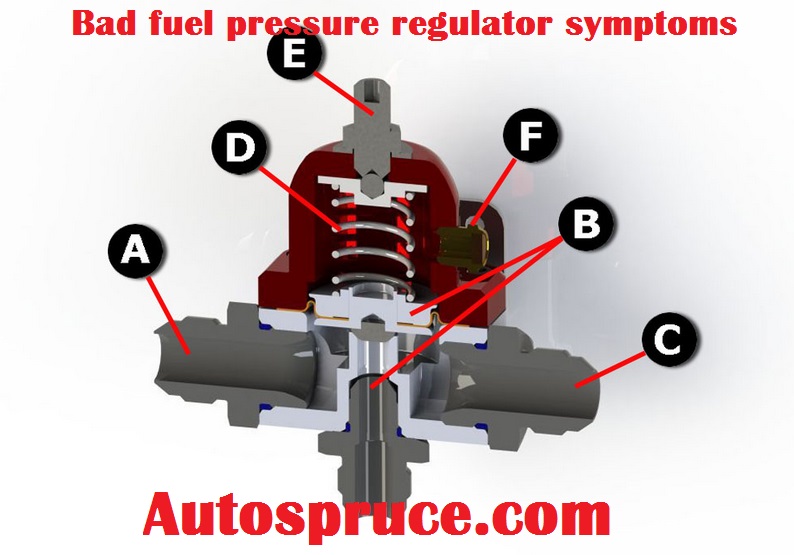 Construction and operation of the fuel pressure regulator

The fuel pressure regulator is an important element of the injection unit, working directly with the intake manifold. The cylindrical sub-assembly consists of a metal housing housing the coil, electromagnet core and valve ball. The pressurized fuel then enters the device through the inlet port.

The fuel pressure sensor is not one of the components that are often damaged. However, like all other components, it is subject to mechanical wear. Usually occurs when the car reaches an average mileage of 200-250 thousand kilometers.

With normal use, the distance is obtained on average after about eight years of car use. The initial wear of the regulator can be affected by contamination of the fuel system, which is a consequence of previous car repairs in workshops that did not apply the correct cleaning rules.

Problems with fuel pressure in the common rail system

The common rail injection system has been on the market since 1997. Despite the passing of years, diagnostics still pose a problem. We present an article containing information on the specifications of the injection system used in modern passenger car diesel engines.

Common Rail power systems are the norm in modern diesel engines and no solution can be tested better in the future. Today, this system is still evolving, although one might get the impression that we are more at the end of evolution than at the beginning. When buying a car 10 years of age or younger with a diesel engine, the Common Rail system almost certainly operates under the hood.

How does the Common Rail system work?

The main element that distinguishes it from other diesel engine supply systems is the common injection rail, also known as the battery, bus or fuel tank. It replaced the classic injection pump in the 1990s. Fuel is supplied to the rails by a high pressure pump, previously fed by a low pressure pump located in the fuel tank. 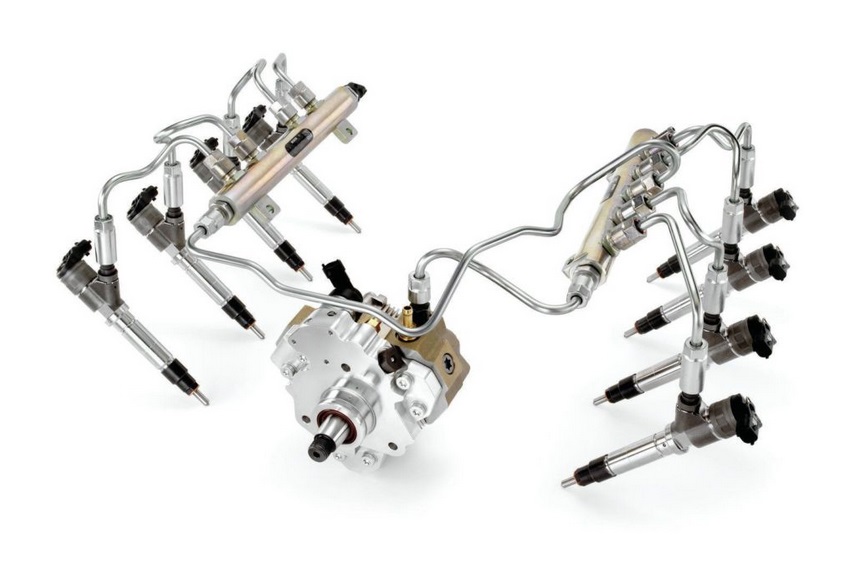 Common Rail is connected by a pipe with the injector and the fuel remains under very high pressure in the rail-pipe-injector system. The injectors open on time, introducing diesel fuel into the combustion chamber in the form of a fuel mist at a current pressure of at least 2,000 bar. The signal to start injection comes from the control computer and goes directly to the specified injector.

Due to the simplicity of the system and the precision of its operation, the Common Rail system replaces the power system with a traditional injector unit and injection pump, which distributes and dose the fuel. However, this uncomplicated design can also run into problems. Let’s start from the beginning, namely the fuel tank.

Tanks and ducts in the case of Common Rail

The Common Rail fuel system should be thoroughly flushed every 10-15 years. However, it is a mandatory activity along with the replacement of the injection rail with a new one. This is a reasonable minimum if the fuel pump is stuck. Unfortunately, the fuel filter is not capable of capturing all the residue that may be stuck in the fuel system.

According to Common Rail power system repair technology, after taking out the fuel pump, all cables, the fuel tank itself and the injection rail had to be replaced , but this was not done because it significantly increased the repair cost.

The lack of these steps leads to further problems, so the opinion is that when Common Rail starts to “crash”, then everything in turn. This is true and false at the same time, because the real cause of subsequent failures is improper repair. One of the symptoms of metal filing in the tank is an incorrect indication of the fuel level due to the fact that the sensor is covered with iron particles.

These elements should be replaced regularly with new ones. In modern cars, manufacturers recommend this procedure every 40-60 thousand km, but it is worth doing it once a year before winter if the car is driven often.

A dirty filter will block the supply of diesel oil to further elements of the power supply system, which in turn will lead to a lack of power and the indicator light will indicate incorrect pressure in the system.

Located in the tank, it is the first element of the Common Rail power system. Since the pump is in the tank, the fuel is responsible for the lubrication and cooling of its components. Of course, that doesn’t mean the backup warning light shouldn’t come on, but the trick is not to drive low on fuel all the time. Always refueling at the highest quality may not work here from an economic point of view. 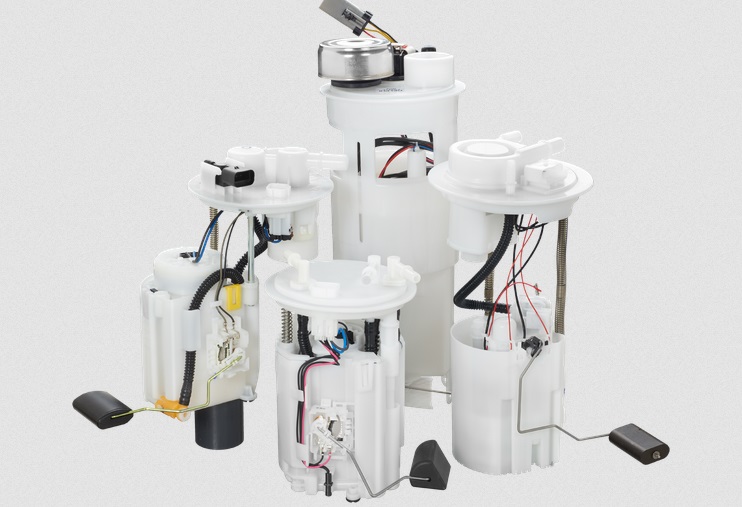 The failure of the fuel pump does not always apply to itself. If it jams, it must be replaced, but faults in the electrical system are more common, for example, insufficient voltage supplied to the pump. If you experience symptoms such as a lack of power or the ability to start the engine, it’s best to visit an experienced electronics repair shop first.

Any problem with the supply of diesel fuel to the engine can be a symptom of a malfunction in the high pressure fuel pump, but should be postponed until it is determined that this component is faulty. It’s worth spending a few hundred dollars to have the pump checked at a specialized repair shop, rather than spending a few thousand on a new replacement. Pumps can also be repaired, which certainly won’t be cheap. 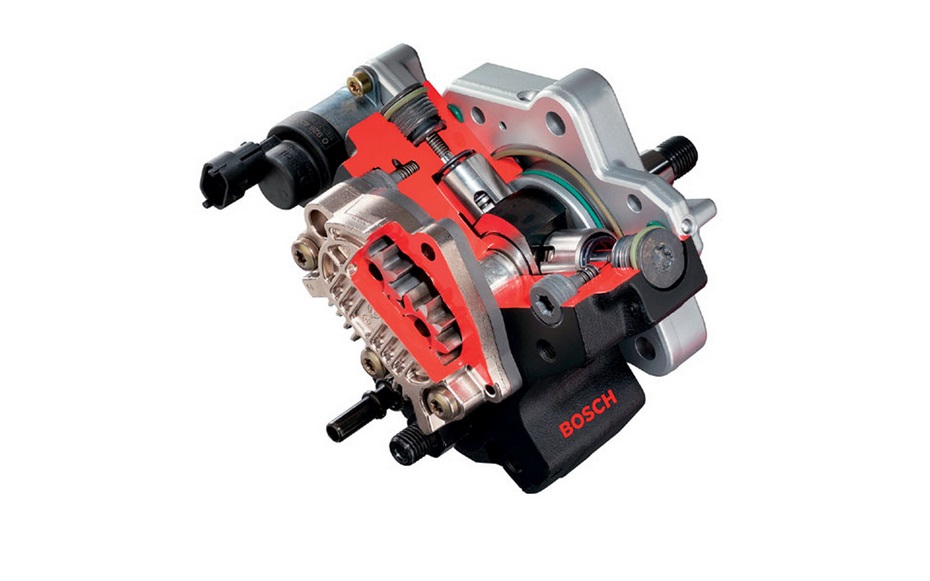 The most common cause of failure, namely accelerated wear of the high-pressure pump, is poor fuel. Often the result of what I wrote above, namely savings on removing minor failures. Usually, however, it is not the pump itself, but the control electronics that are responsible for its incorrect operation.

The injectors that work in the Common Rail system have a relatively simple structure, but consist of very small and precisely constructed elements. Therefore, even a small amount of dirt can damage it. As with all components, good injector operating conditions and long life are good fuel quality. They are the most complicated link and one of the most expensive in the Common Rail power system chain. 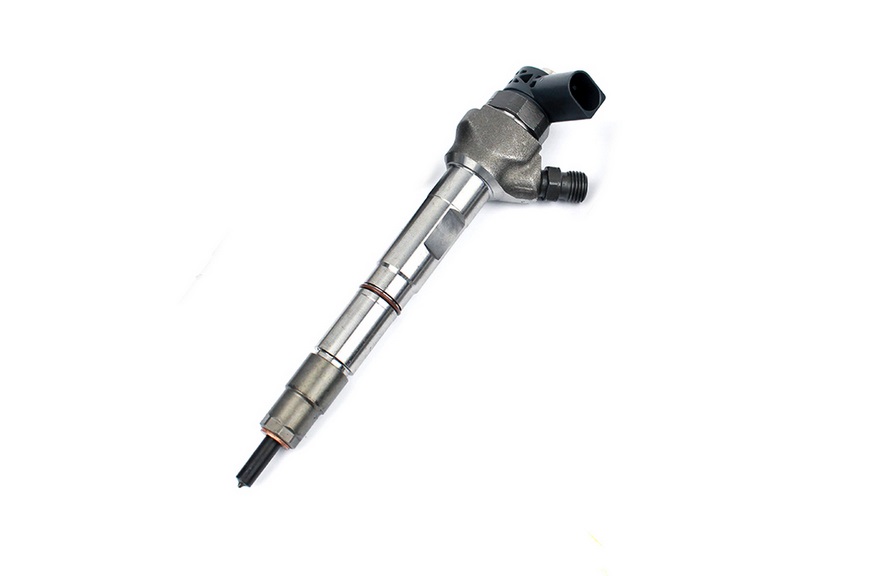 Although the injector can be repaired, as is the case with high-pressure pumps, it will become increasingly difficult with the development of these elements. Manufacturers themselves do not always offer remanufactured parts for various reasons. On the one hand, they have a monopoly on the sale of all injectors, on the other hand, repair is not always possible and does not necessarily restore full efficiency of these elements.

Before buying a particular car, it’s a good idea to find out if a particular type of injector can be repaired and how much it will cost. On popular brands, this element is still relatively inexpensive, but it has long been known, for example, on Japanese cars that if there is a problem with the repair, it can usually cost as much as $2,500 to replace a new injector per set .

Unfortunately, simply removing the injectors is often a problem. Even in machines that are several years old, the head may jam in such a way that it is necessary to remove it and have it professionally processed. So, when calculating the cost of repairs, it is not always enough to multiply the price of one injector by the number of cylinders. Remember to replace the fuel line leading from the rail to the injector with a new one. Having installed even a new, factory injector, you cannot forget about its coding, that is, electronically aligning it with a particular engine.

Common fuel injection rails are rarely damaged, but they can be replaced when the fuel pump is repaired, even when the car is often fully operational. Thus, the injection rail malfunction consists of leaks, which are often invisible to the naked eye. They usually appear at the junction of the rail with the pressure regulating valve in the reservoir. 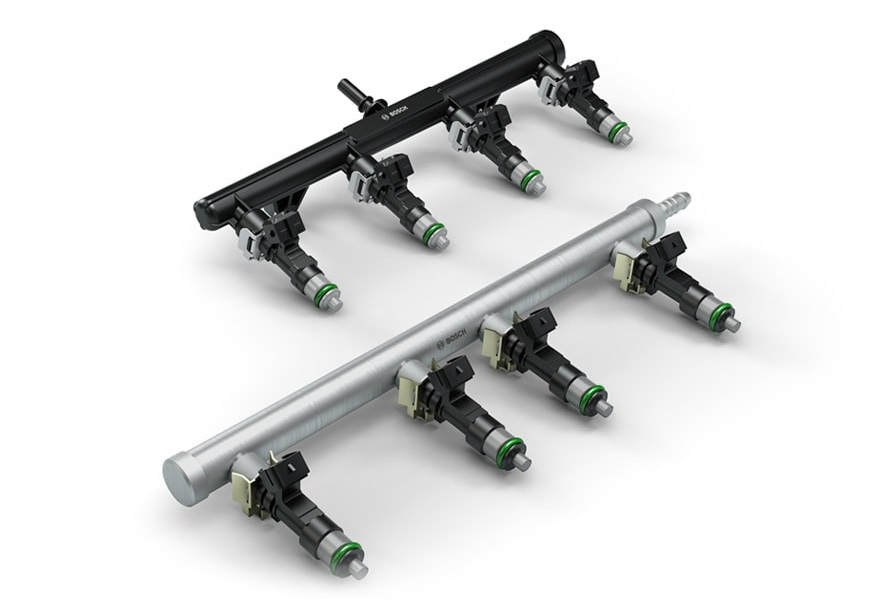 So how do you know if there is a leak? Usually this is manifested by engine lamp lighting and a “high pressure control” type error. It is best to start the repair by replacing the valve, and if that does not help, it is worth buying a new rail. Larger leaks may occur around the rail pressure sensor.

What to do in case of failure?

The only solution is to buy a new or used fuel pressure regulator and replace it. This part cannot be repaired.

How much does a new fuel pressure regulator cost?

From $100 to almost $600, depending on the car model. Today, cars use an electromagnetic fuel pressure regulator.

How do I replace the fuel pressure regulator?

A faulty fuel pressure regulator is not eligible for repair, so the only solution is to replace the component with a new or fully operational one. When starting repairs, in addition to the regulator itself, you will also need o-rings, namely gaskets. Elements can be replaced with standard tools – a screwdriver and a ratchet with a set of ring wrenches.

Unfortunately, this can lead to more failures. Remember that unburned fuel is very lethal to car catalysts. In a fairly short time, they will disintegrate, which will cause the check engine light to flash when over a certain speed. Over time, this speed will decrease.

If the fuel pressure is too low, the car will lose power and sometimes it will be impossible to overtake at all. In some cars, the injection system indicator on the dashboard may light up. The engine computer can also limit the speed of the car to 2000 rpm.

Keep in mind that similar symptoms can also mean the failure of other components, for example a faulty fuel pump . In addition, the fuel filter may be clogged in the system.