Audi Q7 began its adventure with off-road cars with the presentation of the powerful, over 5-meter long SUV. Then came the smaller and smaller Q5, Q3 and the Q2 city crossover. The described car still impresses on the street with its muscular silhouette with clearly marked wheel arches. The cockpit is decorated with the instrument arrangement typical of Audi, while the interior does not have the same impression as the wheelbase of 3 meters. 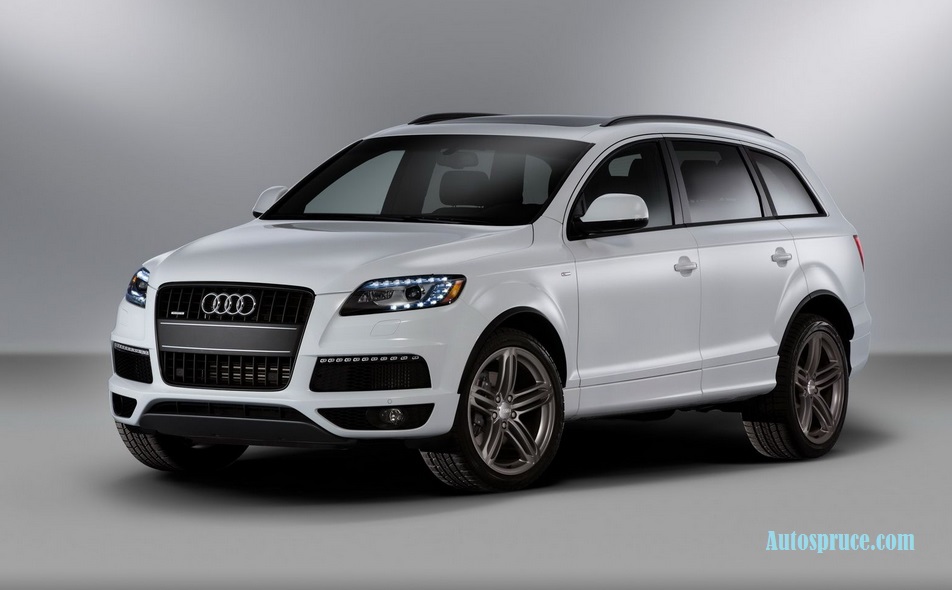 Selected examples have been equipped with additional space in the trunk, all of them have permanent 4-wheel drive, split 40 to the front and 60 to the rear. All the work of individual components of the Audi Q7 is supervised by such extensive electronicsthat even when idle, it quickly “deals” with a large battery.

As befits a top-of-the-range SUV, the manufacturer equipped the Q7 with the best it had at hand, and customers were eager to use it. A dozen or so years after the debut, the situation is turning around: customers are looking for reasonably but not top-equipped cars, so as not to be exposed to horrendous maintenance costs. In the case of this car, the recipients in showrooms did not spare much on “adding” new options.

Can such a complicated and quite old car be driven without fear? What should I pay attention to when buying a used Audi Q7? When is it better to let go of the purchase and look for a better copy? We will answer these questions in the next part after analyzing the opinions of the owners of these dream cars.

Where is the VIN number?

The VIN number of Audi Q7 is easiest to read on the sticker in the pillar next to the passenger seat. We can also find it on the floor of the trunk.

The cockpit of the Audi Q7 looks almost like the dashboard of the Audi A6 (C6). It has been finished even more carefully: almost the entire surface is dominated by soft, pleasant to the touch materials, visually enriched with eye-catching seams. The operation is intuitive, except for one curiosity, namely the auxiliary brake operated by the left foot (as in Mercedes).

Nobody has the right to complain about the level of equipment, but the age of this system is already visible in the visualizations on the multimedia screen. You also have to get used to the operation with the MMI controller. Sometimes some options in Audi Q7 just don’t work, and there are so many of them that checking everything is almost a miracle.

A cavernous door leads to the interior of Q7. It sits really high in it, and even basketball players should not complain about the amount of space in the front. In the second row, a leveled floor would be expected to comfortably carry three passengers. Meanwhile, the person in the middle has a central tunnel between their legs and sits on a narrowed seat. The space can be adjusted by moving each seat or setting a different angle of inclination of the backrest.

The third row should not be considered full size, although it is more spacious there than in compact minivans. According to the manufacturer’s assurances, as much as 775 l will enter the trunk with 5 people. This result is hard to believe as the trunk is very shallow. With the 3rd row unfolded, the capacity is reduced to 330 liters, and when two people are driving, they will take on board as much as 2035 liters.

For formalities, it is worth noting that the Audi Q7 could be purchased in petrol versions. First, the 3.6 V6 (280 hp) and 4.2 V8 (350 hp) units were assembled, both with direct fuel injection. It also goes to the new 3.0 TFSI engine, which generates 272 HP or even 333 HP thanks to the compressor. Most customers, however, opted for diesel varieties – equally fast, and noticeably more economical. The 3.0 V6 TDI (204-245 hp), popular and in other Audi units, is in the lead.

The easiest way to get spare parts, but the durability does not catch up with the 4.2 V8 TDI (340 KM). Most likely, not everyone will be able to finance them financially: mechanics charge thousands of zlotys for almost every activity. At the top of the range there is a real raisin – the 12-cylinder 6.0 TDI with impressive parameters ( 500 HP, 1000 Nm ). Contrary to the twin Volkswagen Touareg I, there are no manual transmissions for the Q7, only the automatic Tiptronic (6/8 gears).

No Q7 engine deserves a full recommendation. Gasoline engines work well, provided that LPG is not fitted to them, which, unfortunately, was often the case due to their fuel-consuming nature. Direct injection installations are expensive and not everyone can install them correctly, and any complications make cars go straight to the hammer. In turn, the 3.0 and 4.2 turbodiesels do not sin the durability of the timing chain.

The cost of replacing the complete set ($2100-$2600) is due to the unfortunate location of the timing gear on the gearbox side, which forces the disassembly of the drive unit. Chains usually “give up” at runs of 200-250 thousand. km. Additional costs are generated optionalair suspension. Usually one of the bellows needs to be replaced (replacement approx $270 ), and in extreme cases also the “pneumatics” compressor (new $660 or twice less for the replacement).

In addition, it is worth considering the purchase of new control arms (they do not have removable pins). The battery for the Q7 costs about $211 and it has to be replaced quite often due to the electronics that “devour” electricity. Occasionally, the electric lift of the tailgate and the adjustment of the front seat fail.

Few SUVs offer the same driving comfort as the Audi Q7, and few also have such complex and problem-generating electronics. But someone buying a 5-meter, 2.5-ton giant is unlikely to spare money for its maintenance. Technically, it is a solid car that is old and must eventually require investment.

In the case of the cheapest cars, the “starter package” can be as much as $2600-$5300. Only the few 6.0 TDIs or young cars with S Line design packages are more expensive. Out of approximately 120 cars, only 5 were powered by a petrol engine. Of the turbodiesels, only one in four announcements concerned the Q7 4.2 TDI.