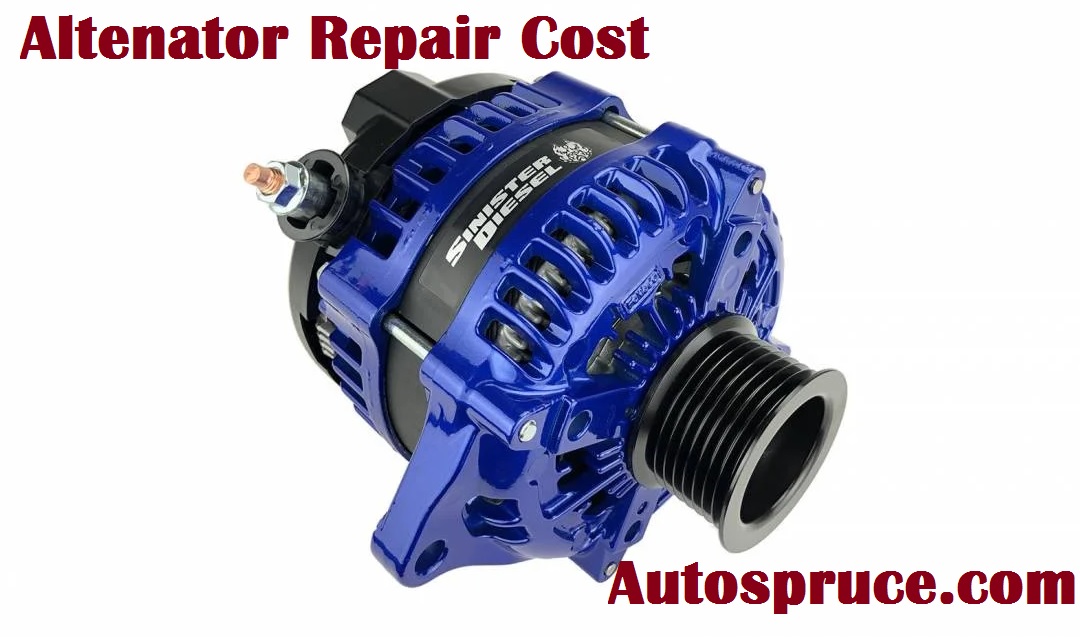 An alternator’s repair may be required for a variety of reasons. However, before we show you how to repair an alternator, we will take a moment to explain the operation and demonstrate the structure of this part. The alternator rotor consists of a shaft with closed windings at the claw poles, bearings and two slip rings connected to the windings.

After applying current to the windings, it is the alternator rotor that begins to generate an electromagnetic field. The battery supplies voltage to the rotor windings via two carbon brushes that slide over the rings. Current is actually created in the stator, or in the armature, which is made up of a thin plate of ferromagnetic material and the windings of a suitable lead.

There is also an element in the alternator called a voltage regulator that limits the voltage and keeps it at around 14.4V regardless of engine speed. The torque obtained from the engine of the car enters the rotor through the pulley, and the rotating fan is supposed to cool the alternator, which heats up during operation.

As you can see, the alternator is made of many parts that become hot during operation. This, among other things, contributes to faults and, consequently, to the replacement or repair of the alternator.

When is alternator repair needed?

Note that the alternator consists of many parts with different functions. Their operation allows for electromagnetic induction, where some of the mechanical energy from the internal combustion engine goes to the alternator, and a voltage is applied to the rotor windings. This in turn produces an electromagnetic field that rotates with the rotor.

A faulty alternator shows quite distinctive and different symptoms. If you notice the following, you may need to replace or repair the alternator:

Sometimes the reason may be a faulty or insufficiently fastened drive belt, but sometimes there is damage to the alternator and its consumables, which wear out over time.

Carbon bearings and brushes in these parts of the vehicle wear out the fastest. The electrical system may be damaged. If the alternator fails or you suspect that is the problem, it must be removed for replacement or repair. In many cases, you can also choose to rewind the windings on the alternator.

Alternator repair – what is it and how does it work?

What is an alternator repair? Well, repairing the alternator starts with removing this element from the vehicle and disassembling it. Then the necessary measurements are made and an attempt is made to determine the cause of the failure.

Do-it-yourself alternator repair – is it possible?

Alternator repair consists of replacing worn or damaged elements. Can you do it yourself? Yes and no, depending on whether you have the right tools and knowledge of working on this part of the car.

Alternator repair yourself step by step

If you are looking for information on how to regenerate an alternator and are wondering if you can do it yourself, then you need to know that you will need some technical knowledge and skills for this task. After removing the alternator from the vehicle, you should inspect the housing for cracks. Then you check:

How much does it cost to replace the alternator?

You may be wondering what to buy: a new alternator or a refurbished one? Repair costs will usually be lower than when replacing a damaged part with a new one.

Replacing a faulty alternator can cost from a few tens to several hundred dollars, depending on the generator manufacturer and model. A new alternator replacement costs from $60 to even $800. You will have to add the replacement cost, if you don’t do it yourself.

How much does an alternator repair cost?

Alternator repair is less expensive, although the final price depends on the location of the parts in the car, their construction or scope of service performed and the number of parts replaced. For Alternator repair cost, you should not pay more than $40-$150. Therefore, the cost of repairing an alternator is much lower than buying a new element and replacing it.