The MiTo is one of the smallest cars in Alfa Romeo’s history. The car made its debut in 2008 at a motor show in London. His first local presentation took place at the Castle of Sforza Italia in Milan. MiTo is supposed to be up against the best-selling MINI One / Cooper. 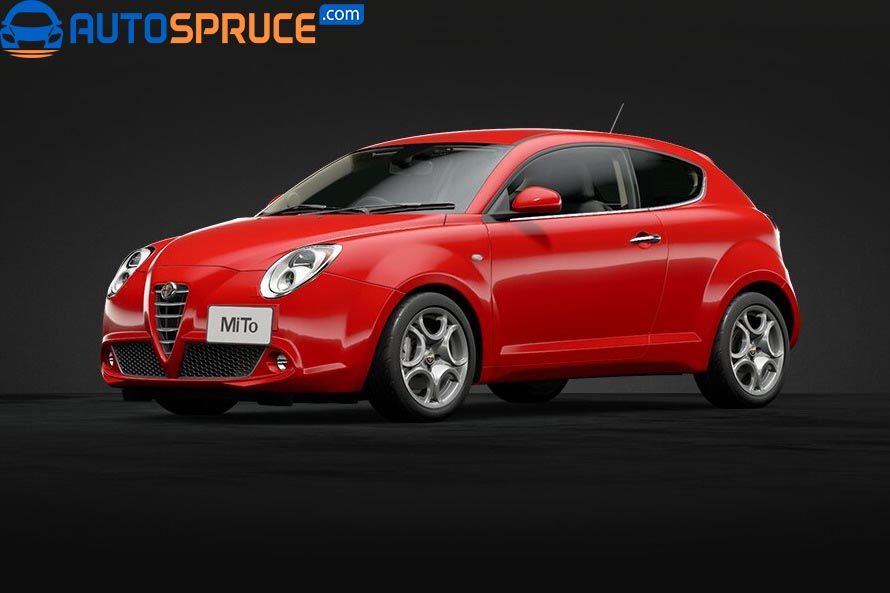 A decade ago, segment B was boring, and customers who choose this size of the car are sure to love a car that blends in perfectly with city traffic jams. The situation has gradually changed over the years and there are currently some outstanding cars in this class. Alfa Romeo MiTo is one of them.

The silhouette was designed by Juan Manuel Diaz, who was inspired by the 8C Competizione sports model. Of course, MiTo has some elements that remind this unique car, but all of them have nothing to do with the beauty of the original body.

In 2013, the design underwent a simple facelift – the TwinAir downsized motor was placed under the hood, and the list of equipment options was enriched with new body colors, new rim designs and the Uconnect multimedia system. Since then, MiTo has been produced in unchanged form at the Turin Mirafiori factory in Italy.

Good driving characteristics are one of the hallmarks of Alfa Romeo cars. Apart from the torsion radiance at the rear, the tiny MiTo does an excellent job (MacPherson struts up front). The manufacturer offers three gearboxes: 5 and 6 speed manual and TCT automatic dual clutch transmission. Security? Alfa Romeo has held the very high standard in this category for many years. MiTo completed the Euro NCAP crash test with a sensational 5-star result.

In keeping with the car of this Italian brand, the engine range includes several versions with impressive performance, but some that are lackluster. If you rely on acceptable dynamics, avoid variants with less than 100 HP.

On the other hand, the naturally aspirated 1.4 liter engine is considered to be the most reliable. However, you are not condemned just by this version, because the same engine armed with a turbocharger should not cause serious problems in its operation.

The 0.9 TwinAir and 1.4 TB MultiAir downsizing engines are unreliable and can cause problems with valve hydraulics. In addition, high power from low capacity does not bode well for long, trouble-free operation. For now, however, the Fiat’s engine doesn’t break as often as Volkswagen’s 1.4 TSI engine.

Apart from gasoline, there are two diesel engines to choose from. A more plausible proposition is a larger capacity 1.6 JTDM engine. It burns less fuel and breaks less frequently than the 1.3 JTDM, where the time chain had to be replaced after 150,000 km. The only problem with the more powerful 1.6 JTDM unit is the diesel particulate filter. If you plan to use your car only in city traffic, there may be a problem with that.

Lambda probes also like to fail. Alternators also don’t last long; due to improper protection, the case is exposed to cracks. If the selected one doesn’t have a lower cowling, be sure to buy one. On the other hand, the bolt is notoriously damaged in the top cowling. Theoretically, you can replace it with a new one, but first it is not a cheap element, and secondly, the problem will return in some time.

The disadvantage of the version with a manual transmission is the cable freezes, which makes gear shifting impossible. Water seeps through the damaged shell, causing damage. A tow truck is the only lifesaver.

Of minor inconveniences, squeaky non-genuine brake pads should be mentioned. How to get rid of such a problem? The easiest way is to brake hard a few times. If this does not help, you can clean the pads with sandpaper or replace them with new and original ones. You can also comment on the squeaky plastic on the dashboard and seats, as well as on the perishable chrome decor.

The list of advantages is longer than the disadvantages: good driving properties, attractive, distinctive design (not everyone will like it), rich equipment, powerful engine, performance of the top version of the Quadrifoglio Verde. With these various advantages, MiTo is one of the most attractive cars in the segment B. However, you have to accept a loss of great value.

The modern Alpha Romeo MiTo doesn’t break down as often as models from a few dozen or so years ago. The quality of the finishing materials isn’t impressive either – premium in the Italian edition isn’t necessarily premium in the German edition. MiTo will not appeal to those who rely on practicality, because that is not the most important thing in this car.