The Chrysler 5.7 HEMI V8 16V is an engine whose production began in the 1950s. For more than 20 years, concern modified it using various solutions until the early 1970s. Another variation was introduced in 2003 and is widely used in Chrysler, Dodge and Jeep cars.

It is worth distinguishing between two varieties, the first from 2003-2006 and later, especially after 2009. It was in the varieties from the first years of production that the timing system was problematic, in which the chain broke frequently, which often resulted in damage to the piston and sometimes cracked block.

In versions after 2006, this factory defect has been fixed. Users and service technicians have also pointed to problems with carbon deposits building up in the combustion chamber. In 2009, the engine underwent a number of modifications, including the introduction of the VCT variable valve timing, electronic throttle control and the MDS (Multi-Displacement System) system.

The latter system responds to cylinder action, releasing four of the eight cylinders during light loads. Summarizing the 5.7 Hemi engine, it should be stated clearly that it is definitely recommended for longer routes than to cities where fuel consumption is quite high. However, I deserve credit for the high power and excellent dynamics.

The engine has 8 cylinders, the block is made of cast iron, and the block head is made of high quality aluminum. Engine power from 355 to 395 horsepower, and torque from 525-555 N / m.

For normal operation of the engine, the manufacturer recommends using engine oil, brand 5W30, which requires at least 6.7 liters.

One of the advantages of the 5.7 HEMI V8 is its exceptional durability in operation. In the design and construction phase, this unit has undergone the Chrysler Group’s stringent quality and reliability processes which have previously established the 3.7 V-6 and 4.7 V-8 as benchmarks of excellence. The 3.7 V-6 engine powers the Dodge Ram and Jeep Cherokee pickups, while the 4.7 V-8 powers the Jeep Grand Cherokee, Dodge Ram and Dakota, and Dodge Durango pickups.

The manufacturer’s warranty for the 5.7 HEMI engine is seven years or 112,000 km (in the US). This warranty is the result of 11 million miles of consumer testing (CEM), including the 200,000 miles of average driver endurance test, the most extensive engine test program in the history of the Chrysler Group.

The driver noted the following issues from the 5.7 HEMI V8 engine:

Many experts point out that tuning the 5.7 HEMI V8 engine brings almost no results. The maximum that can be achieved is an increase in engine power of 10-15 horsepower. 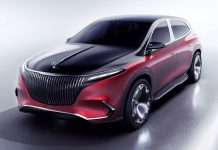