The Pentastar ® V6 engine is not just another fantastic development from one unremarkable car manufacturer. The Pentastar V6 is one of the most technologically advanced powertrains to date, created by Chrysler, which in its hundred-year history has never been afraid of innovation and has always kept pace with the times. 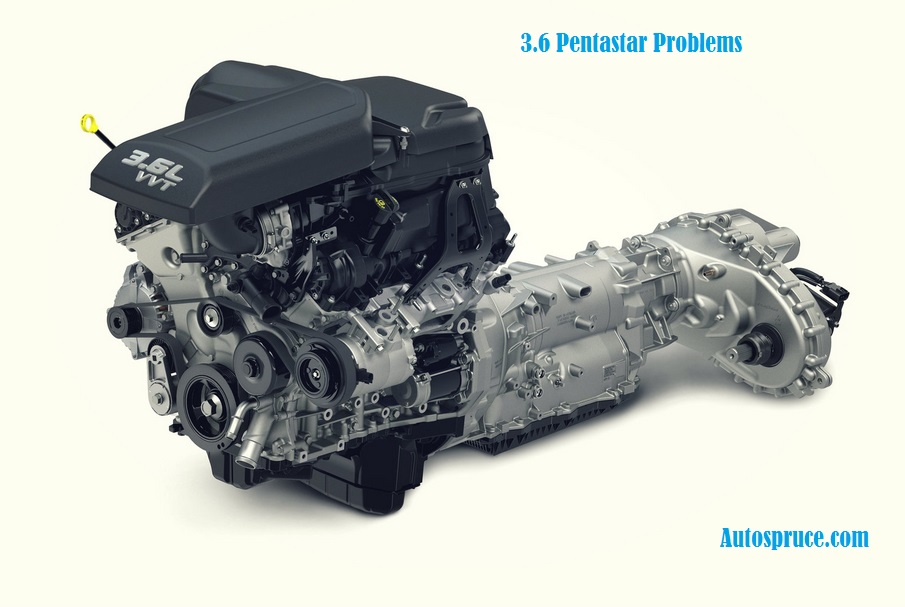 The history of the Pentastar dates back to 2009, when this motor was first presented to the public at the New York Auto Show. It was originally named “Phoenix”, but the name was changed even before the official launch due to a conflict of trademarks. This engine entered the conveyor belt only in 2011 for luxury Chrysler, light Ram pickups, high-performance Dodge and Jeep.

The Chrysler Pentastar V-6 engine family uses a gas distribution mechanism with two camshafts located in the DOHC (Double Overhead Camshaft) cylinder head, the cylinder block itself with 24 valves, which is made by injection molding from an aluminum alloy, with an angle between half-blocks of cylinders at 60 degrees. Also, the distinctive features of this engine include small angles of inclination of the valve stems in relation to the cylinder axis and rather large intake and exhaust tracts.

This system, coupled with the timing of the intake and exhaust strokes, guarantees a rational volumetric efficiency. The nature of the combustion of the working mixture is stable across the entire spectrum of the crankshaft speed and loads. As a result, an exceptionally “flat” torque characteristic is maintained a “rise” in torque is noticeable over almost the entire rev range. In practice, this gives excellent throttle response and the ability to use gasoline with an octane rating of both 87 and lower-grade 85th.

Below are some of the problems that are often experienced by users:

The problem caused long trips to services can be caused by an electrician of this engine. The check engine will usually light up due to faulty spark plugs or coils, with DTCs indicating misfire.

If it’s not about spark plugs and coils, and troubleshooting is delayed, it is worth looking at the upper lambda probes. Usually it is their failure that causes errors in the engine, uneven idling, twitching during acceleration and “dulling” of the engine. But these are far from the only reasons for a misfire on a Chrysler 3.6 V6 Pentastar engine.

Antifreeze leaks are not uncommon on the Chrysler 3.6 V6 Pentastar engine. Weak points the heater tube in the collapse of the block, the pump gasket and the thermostat housing.

The throttle valve can get dirty and also give an error. If soot in the intake prevents it from closing normally, then the engine will keep high idle speed more than 1000 rpm. This is due to the fact that the control unit will compensate for the excess intake air by increasing the doses of injected gasoline. In this case, the shutter must be removed and cleaned.

The fuel injectors are installed in the intake manifold through rubber sealing rings. When they are tanned, gasoline begins to seep out. This does not affect engine performance, but the cabin may smell of gasoline.

Also, the Chrysler 3.6 V6 Pentastar engine can emit incomprehensible knocks when working on a cold one. The knocking is usually caused by one or more worn hydraulic lifters. Their knocking can take place when the engine warms up.

The valve actuator can also knock, changing the geometry of the intake manifold. Due to soot and oily deposits, the dampers wedge. They can be cleaned or simply deleted. If the damper stroke is violated on the Chrysler engine, error p1004 is fixed, which clearly indicates a malfunction.

In very rare cases, a knock on a Chrysler 3.6 V6 Pentastar engine can produce a hydraulic timing belt tensioner.

The Chrysler 3.6 V6 Pentastar engine has an EGR system with an electronically controlled (solenoid) valve. If the EGR valve is stuck in the open or slightly open position, error P0406 occurs, fuel consumption increases, and jerks occur during acceleration. And at idle, the engine runs unevenly and can stall. The EGR valve can be removed, soaked in cleaner or solvent, and replaced.

The crankcase ventilation valve, located on the right of the engine block, needs periodic replacement every 50,000 km. If it becomes dirty, the gas pressure begins to squeeze oil through the oil seals, gaskets and even into the air filter.

The Chrysler 3.6 V6 Pentastar engine has one inherent problem, the solutions to which were proposed by the manufacturer itself. The bottom line is that soot accumulates on the exhaust valve plates in such an amount that the valves no longer fit snugly against the seats. In this case, again, errors on misfiring P300 P306 occur (they also indicate a malfunction of the spark plugs), the engine starts to triple or loses much power of course, because the compression drops!

In general, in this situation, the car owners themselves are a little to blame. Soot accumulates when, firstly, drivers do not allow these motors to warm up normally to operating temperature, and, secondly, they are too much protected from driving at high speeds. The fact is that the rotation of the valves around the axis on the Chrysler 3.6 V6 Pentastar engine occurs when it is accelerated to 5000 rpm. And do not be surprised: on all engines, the valves scroll, this is necessary to clean the seats and chamfers on the plates from soot.

So, to solve this problem, Chrysler engineers issued a technical bulletin, according to which dealers and service stations need to turn the exhaust valves 90 degrees and pour a cleaning additive into the fuel. And at the same time tell the owner that you need to make long enough trips in order for the engine to warm up. And do not hesitate to twist the engine before the cutoff.

Also, according to this bulletin, servicemen need to change the crackers to modernized ones, which allow the valves to turn at a lower engine speed. Chrysler 3.6 V6 Pentastar engines produced since 2008 are believed to have self-cleaning exhaust valves normally.

The Chrysler 3.6L V6 Pentastar engine is really reliable. He will not present such surprises as cranking the bushings, the formation of scoring on the cylinder walls and other costly problems. The main thing is to pour good oil into it.