Volkswagen has officially launched the 2021 Golf GTI Clubsport, a version of the popular hatchback specially adapted for driving on the Nurburgring Nordschleife tracks. The engineers improved almost all elements of the standard GTI, including the suspension, brakes, steering and engine. 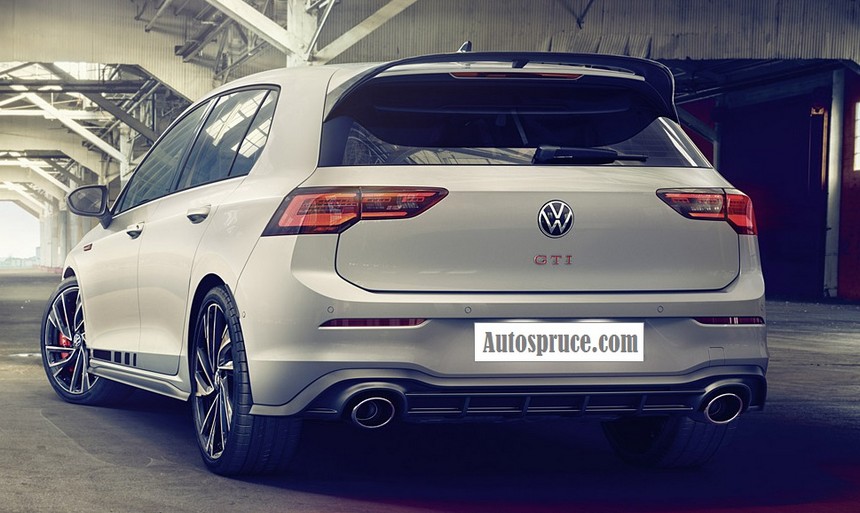 Apart from that, it also features a new suspension geometry and a 15mm lowered height, in addition to more progressive and direct steering, recalibrated DCC adaptive suspension, and less distracting ABS and ESP, with the possibility to drop this last aid. electronic. In addition, and out of curiosity, his set-up has been done on the famous German track at the Nürburgring, where he has a time of 7 minutes and 54 seconds.

Aesthetically, it is very similar to a conventional GTI, adopting several solutions such as the so-called Face Light, a glowing horizontal strip connecting the two front optics, or various red details distributed along the bodywork. However, 2021 Golf GTI Clubsport has a redesigned front bumper with a more aggressive aesthetic, as well as side skirts or rear diffuser, which now has a larger circular exhaust pipe. So, the most distinguishing touch is the rear wing in gloss black in two distinctive heights.

As for the interior, the 2021 Golf GTI Clubsport changes are even more subtle, plus standard elements such as the Digital Cockpit, a multimedia system with a navigator, wireless charger and stainless steel pedals, and ArtVelours upholstery with red stitching, available in optional leather.

Under the hood of this new 2021 Golf GTI Clubsport is the famous 2.0 TSI EA888, a turbocharged four-cylinder petrol engine that this time produces 300 HP and 400 Nm of torque, and to achieve that, Volkswagen has equipped it in conjunction with a conventional GTI with a larger intercooler, a new turbocharger, and a recalibrated ECU.

Additionally, the 7-speed dual clutch DSG automatic gearbox now has a slightly tighter ratio, sending torque to the front axle via an electronically controlled electromechanical limited slip differential (VAQ). With all this he managed to hit 0 to 100 km / h in just 6 seconds and the top speed was electronically limited to 250 km / h.

What differentiates the Golf GTI from the GTI Clubsport?